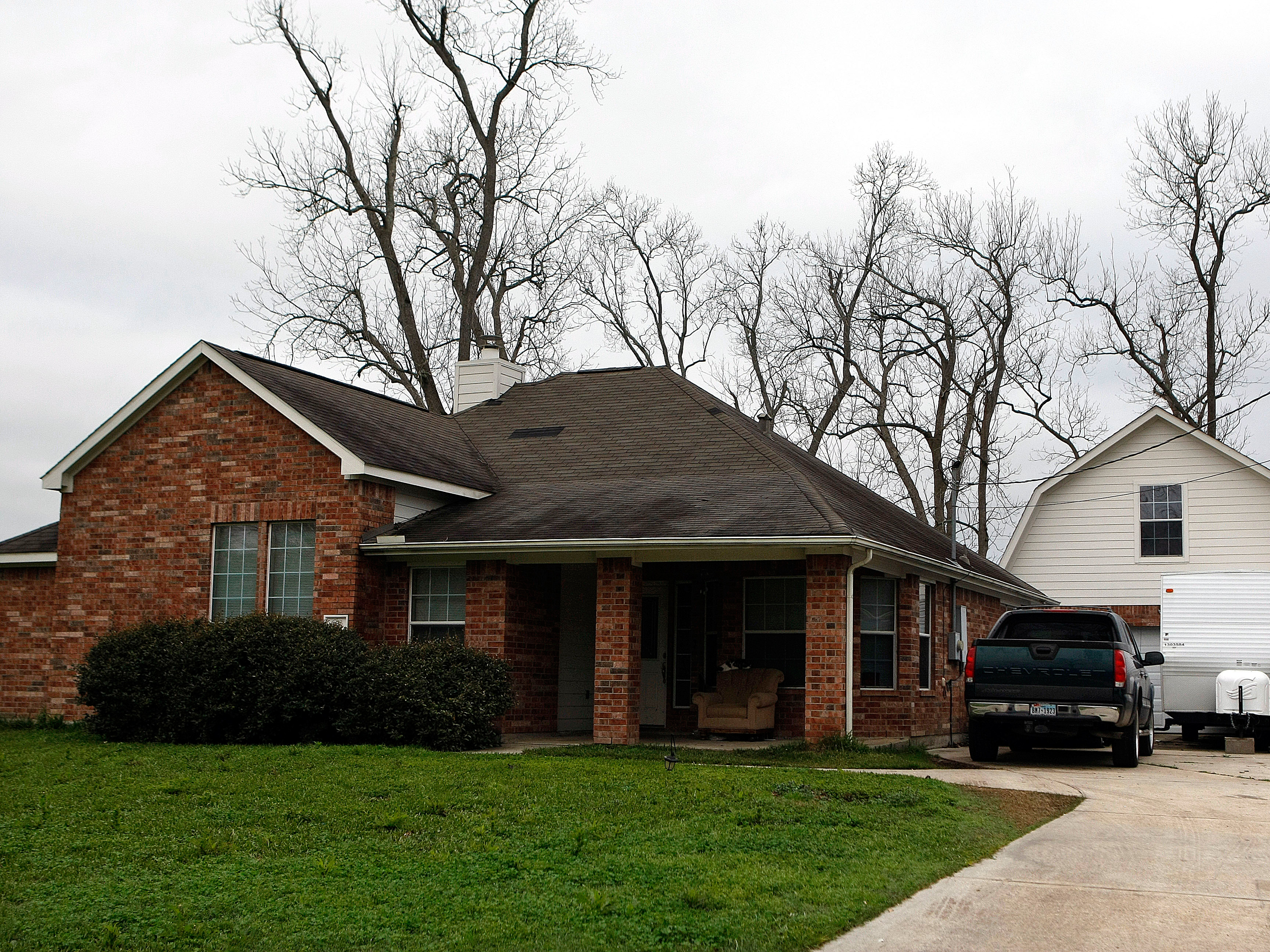 (CBS/AP) DAYTON, Texas - Authorities in Texas said Tuesday they removed 11 children from a crowded home where a registered sex offender lives after they found eight confined in a small, dark bedroom with restraints tying some to their beds.

Child Protective Services spokeswoman Gwen Carter says 10 adults also were living in the one-story, 1,700-square-foot home in Dayton, about 30 miles northeast of Houston. The children ranged in age from 5 months to 11 years.

Carter says they are related but she isn't sure how many are siblings.

The children were removed after authorities found two 2-year-old children tied to a bed during a January visit to the home, according to a court document.

A legally blind 5-year-old girl "was in a restraint on a filthy mattress and appeared to be in a daze," the document said. One child had a black eye and a knocked-out tooth.

The adults told investigators they tied the children when they slept or took a nap during the day "for safety," the document said. An investigator noted that none of the adults said they saw anything wrong with the arrangement.

Two of the children had what authorities feared was pneumonia and were taken to a children's hospital.

The children were removed last month and have been placed in foster homes. Dayton Police Sgt. Clinton O'Quinn says authorities are looking into criminal charges.

One person in Texas' online sex offender registry listed the house as his address. Mark E. Marsh III was convicted in Michigan 15 years ago of criminal sexual conduct with a 15-year-old girl.