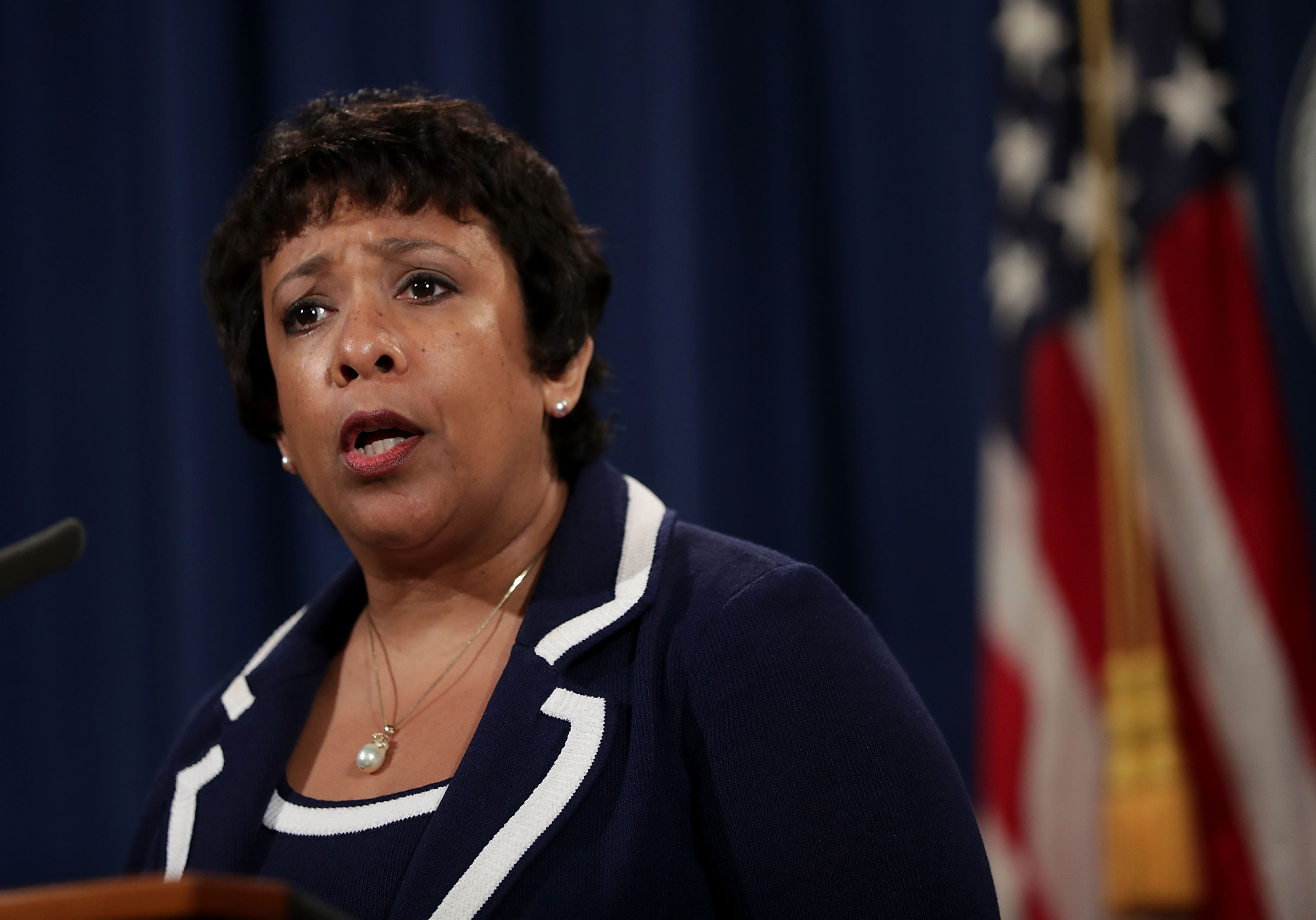 Attorney General Loretta Lynch pushed back Friday on criticisms of the FBI following its investigation into the Russian-directed hacks of the Democratic National Committee (DNC) and the Hillary Clinton campaign staff.

In an interview published late Friday, CNN’s Jake Tapper spoke with Lynch about charges -- leveled by Clinton campaign chairman John Podesta in a Washington Post op-ed earlier this week -- that the FBI probe into the DNC cyberattacks were substandard.

Asked if she agreed, the attorney general responded: “I don’t. I don’t.”

“First of all the investigation isn’t even over, so I think it’s impossible to characterize it in any one way or the other,” Lynch said. “I don’t know where Mr. Podesta is obtaining information one way or another.”

Lynch, who helms the department that oversees the FBI, went on to say that Podesta’s assessment may be affected by his partisan views.

“I know also because of his involvement with the campaign, he’s going to have a certain interest in this and a certain view of that,” she said. “Everyone has a great deal of respect for him. So I allow him that opinion, but I disagree with that, if that is in fact the characterization he is trying to make.”

In his op-ed published late Thursday, Podesta singled out FBI Director James Comey for his agents’ neglect in raising the alarm on the DNC hacks.

“I was surprised to read in the New York Times that when the FBI discovered the Russian attack in September 2015, it failed to send even a single agent to warn senior Democratic National Committee officials,” Podesta wrote. He contrasted those actions to those that involved the year-long investigation of Clinton’s private email server, which saw “dozens of agents who conducted at least 80 interviews and reviewed thousands of pages of documents.”

Of how the FBI followed up with the DNC, the attorney general said there should be some allowances “for the fact that the way in which someone may be contacted isn’t indicative of the full relationship that they develop, or the response that they may have gotten initially from that organization.”

Lynch’s defense comes just as U.S. intelligence sources confirmed that Comey and Director of National Intelligence James Clapper have concluded that Russia was the source of the cyberattacks meant to favor Donald Trump -- a judgment reached earlier by the CIA.

“Earlier this week, I met separately with (Director) FBI James Comey and DNI Jim Clapper, and there is strong consensus among us on the scope, nature, and intent of Russian interference in our presidential election,” CIA Director John Brennan wrote in a memo. “The three of us also agree that our organizations, along with others, need to focus on completing the thorough review of this issue that has been directed by President Obama and which is being led by the DNI.”

In his final press conference of the year, Mr. Obama also weighed in on the Kremlin-directed hacks, which he urged the incoming administration to take seriously.

“Based on uniform intelligence assessments, the Russians were responsible for hacking the DNC and that as a consequence, it is important for us to review all elements of that and to make sure that we are preventing that kind of interference from cyberattacks in the future,” Mr. Obama said. “My hope is that the president-elect is going to be similarly concerned that we aren’t going to have foreign interference in our election process.”