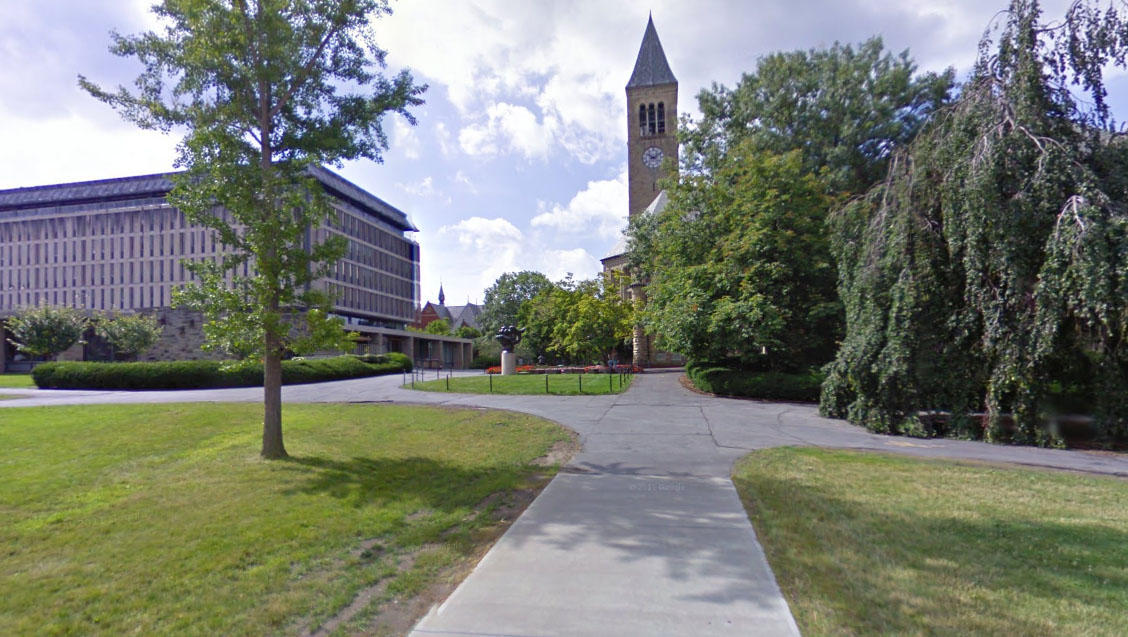 ITHACA, N.Y. -- Cornell University plans to form a task force to address what its president calls "persistent problems of bigotry and intolerance" at the Ivy League school in the wake of the beating of a black student.

Authorities in Ithaca say they're looking into whether last week's attack against the student was racially motivated. An earlier incident targeting a Latino organization on campus also raised concerns among Cornell officials.

Ithaca Police Department officers responded early Friday morning to a fight in the city's Collegetown neighborhood near the campus, officials said. Police said they arrested a 19-year-old white man and charged him with assault. His name hasn't been released. Cornell officials said he's a student at the university.

The student who was attacked told The New York Times he came home to find a group of students outside his off-campus house arguing with his housemates. The student said someone used a racial epithet against him before he was beaten by several people.

The student, a junior who did not want his name published, told the student-run Cornell Daily Sun that "four or five of the guys came up and started punching me in the face repeatedly."

"I was pretty bloodied up," he said.

He spoke to the Sun from Cayuga Medical Center, where medical staff where determining whether he had a concussion, the paper reports.

Ithaca Police said in a statement released to the paper that the department is investigating all aspects of the complaint, including "any racially-based motivation." Police say no significant injuries were reported.

Cornell President Martha Pollack said the university is conducting its own investigation and that steps are being taken to make the college "a more equitable, inclusive and welcoming university."

Those steps include creating a task force "charged with examining and addressing persistent problems of bigotry and intolerance at Cornell," Pollack said in a statement issued Sunday.

Earlier this month, a Cornell student was heard chanting about "building a wall" near the Latino Living Center on campus, according to an email sent to students by a college official.