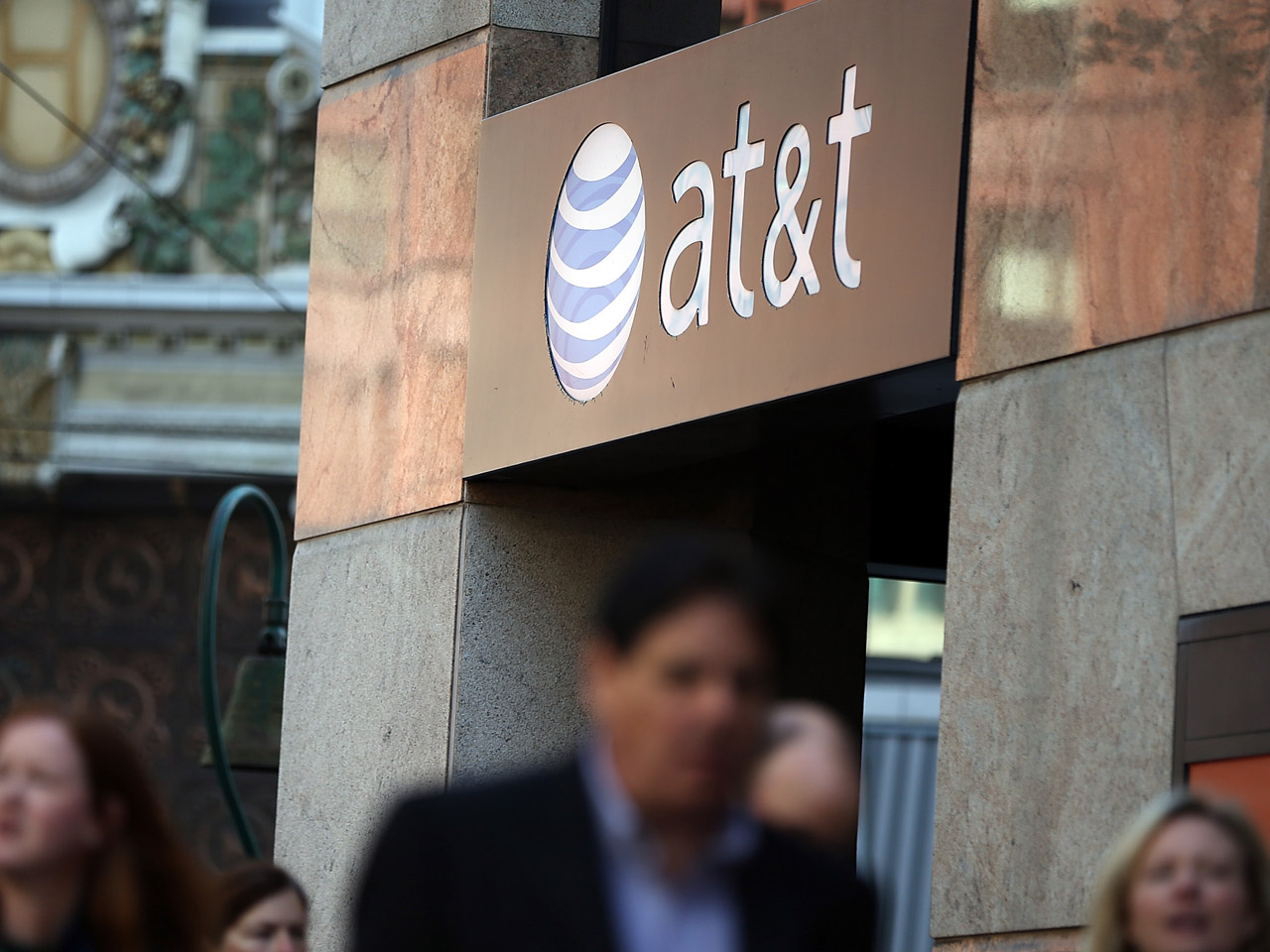 LONDON - U.S. mobile group AT&T (T) has ruled out a bid for Britain's Vodafone for now, with banking sources saying a U.S. spying scandal and a surge in European telecom shares may have disrupted a deal that many think could still happen.

AT&T, the second-largest U.S. mobile operator, sparked speculation it could be interested in a potentially 70 billion pound-plus ($115 billion) deal for Vodafone after its chief executive said in October there was a "huge opportunity" in Europe to invest in mobile broadband.

However, after weekend news reports it had met European regulators to sound them out about a deal, AT&T was asked by Britain's takeover watchdog to clarify its position and said in a brief statement on Monday it did not intend to make a bid.

The statement means AT&T cannot make an offer for at least six months, unless Vodafone invites it to do so or a third party enters the fray, and Vodafone shares fell as much as 7 percent.

Analysts said the clarification could provide a reality check to the wider European telecoms sector, which has surged about 24 percent in value over the past year compared with an 11 percent rise in Europe's top share index on the back of several takeover deals -- despite there being few signs of an improvement in underlying trading.

But they also said a deal could still make sense for AT&T. The U.S. group is facing a more competitive home market and may be attracted by a European market which analysts think could soon benefit from economic recovery and the sort of growth in superfast 4G broadband seen in the United States.

One banker hoping to advise AT&T on any future Vodafone bid told Reuters the British group, which is in the process of selling out of a U.S. joint venture, remained the perfect partner for AT&T because of its presence across Europe.

AT&T was simply not ready to make an offer, the banker said, adding matters had been complicated further by the discovery of a mass spying program by the U.S. National Security Agency (NSA), which has sparked particular outrage in Europe.

Another sector banker said a recent surge in Vodafone's share price on speculation of a deal might also have deterred AT&T. Vodafone shares are up 38 percent over the past year.

Advantages of a Delay

AT&T could look at other European operators, such as British market leader EE, though that would give it a much more limited exposure to Europe, and a fall in the share prices of EE's parent companies -- Orange and Deutsche Telekom -- showed little sign of investors betting on that.

Citi analysts said a six month delay in bidding for Vodafone could have its advantages for AT&T, as it would allow the British firm to complete the $130 billion sale of its stake in U.S. venture Verizon Wireless and give investors time to decide on a value for the remaining business.

Analysts think that value is likely to settle around 60 billion pounds, with a bid premium of around 20 percent taking the price tag of any takeover deal to over 70 billion pounds.

Regulators would have also given their decision by then on Telefonica's takeover of KPN's German mobile business, which is seen as a key test of whether regulators are more open to consolidation in Europe.

A series of telecoms and cable industry deals last year has helped fuel speculation that competition regulators could loosen the leash on mobile firms wanting to merge in Europe to help them cope with fierce competition that has driven down prices.

Vodafone itself has recently agreed to buy Germany's Kabel Deutschland and a person familiar with the situation said it was also in talks to buy Spain's main cable operator Ono.

A further complication for AT&T is that it is unlikely to want to run Vodafone's businesses in emerging markets such as India, South Africa and Turkey and could have to sell these on if a deal is done. Several of those markets were hit last week by a sell off in their currencies.

Espirito Santo analyst Robert Grindle, who downgraded his rating on Vodafone shares last week, said he thought AT&T had realised Europe was still too tough a region to buy into.

But he said the group may return once it sees signs of trading starting to stabilize. "We downgraded because one of the issues was that we didn't think a deal would happen as quickly as people thought," he said.