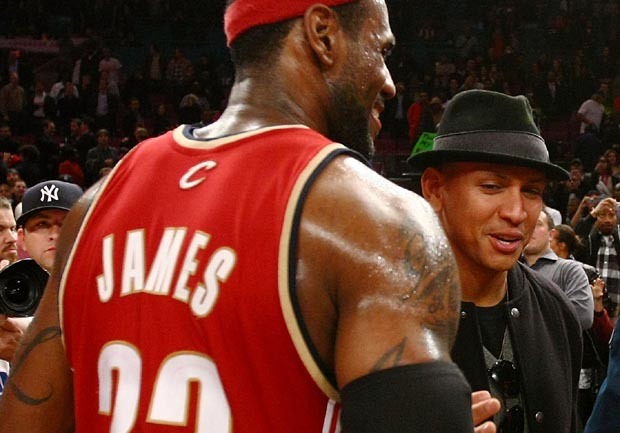 At least one voter in the swing state of Ohio is voting for President Barack Obama: LeBron James.

Meanwhile Mitt Romney can count on a prominent sports figure to back him in the key battleground state of Colorado: NFL Hall of Famer John Elway.

As Americans head to the polls, athletes have made their political affiliations known through interviews, social media and even political fundraisers.

James, the reigning NBA MVP, plays for the Miami Heat but he's still a registered voter in his native Ohio. He didn't participate in any rallies during Obama's campaign stops in South Florida, though he believes the president's camp is aware of his support.

"It's a very important time for everyone," James said after Miami's win over the Suns on Monday night. "Everyone talks about having the right to vote. Don't talk about it. Go out and do it and let your voice be heard."

The Heat star has not shied away from politics despite the potential impact it may have on his endorsement deals. (According to Forbes, James' endorsement deal with Nike was more than double his $14.5 million salary in 2011).

"I've been second guessed," James said, according to Fox Sports. "They're saying it's bad for the brand. If I feel like I want to support someone, then go for it."

When Michael Jordan, the NBA pioneer of mega-endorsements, was asked if he supported a Democratic candidate in 1990, he famously replied: "Republicans buy shoes, too."

As for Romney, he has his share of high-profile endorsements in the sports world. Golf legend Jack Nicklaus has backed the former Massachusetts governor. So have Bears quarterback Jay Cutler, Yankees star Alex-Rodriguez and two-time Super Bowl champ John Elway.

But can Elway, Nicklaus, Jordan, or James actually impact the vote?

It may come down to social media. According to a Catalyst Fan Engagement study done last year, sports fans are 55 percent more likely to buy a brand if an athlete mentions it on Twitter or Facebook. Well, James took care of that on election eve: