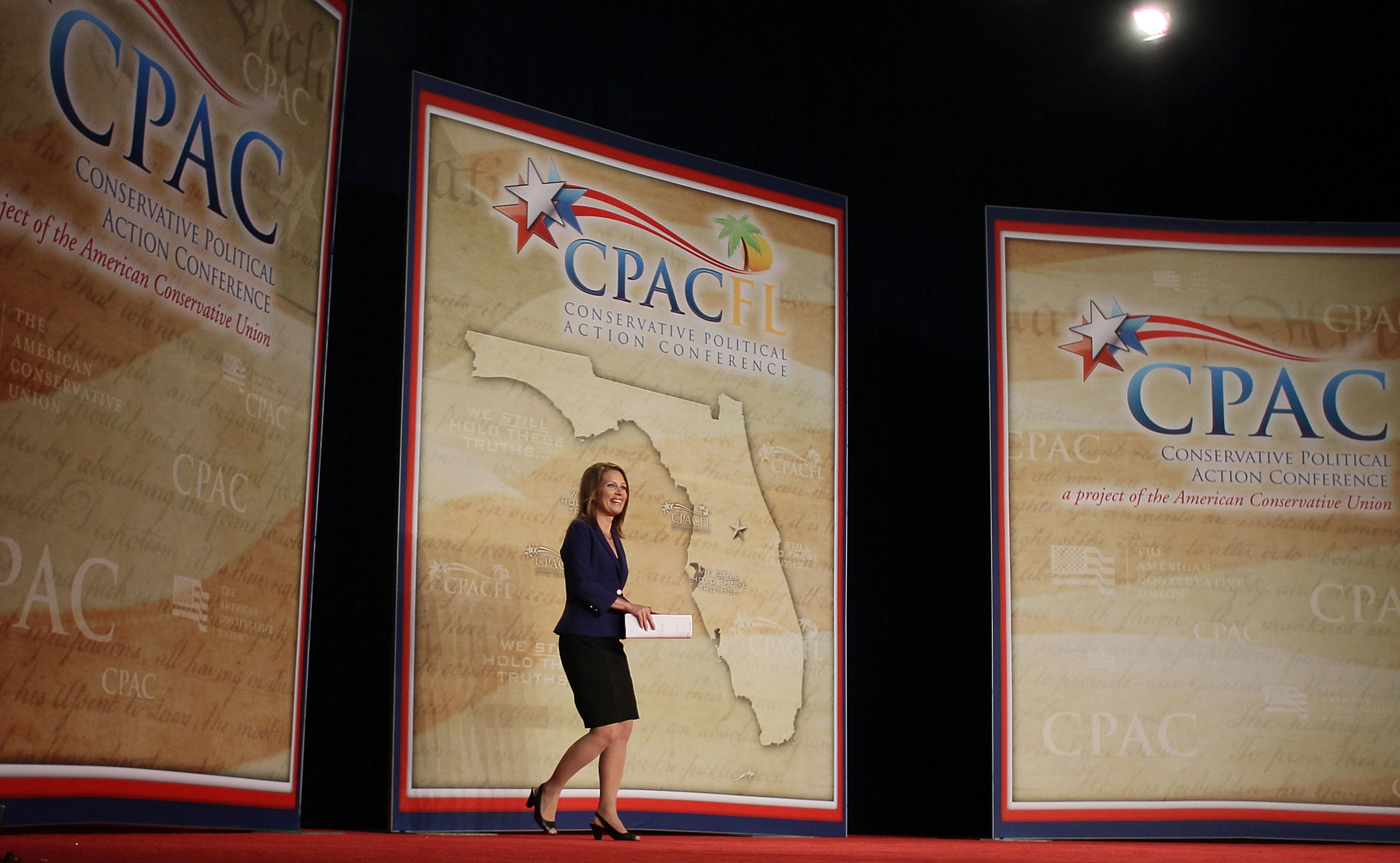 ORLANDO, Fla. -- Michele Bachman may be stuck in the low single-digits in national polls, but the charismatic Minnesota Republican can generate electricity in a conservative crowd like no other candidate in the field. "We need a nominee who's not ashamed of the tea party, who's willing to stand up for the tea party and their values," Bachmann said Friday to a standing ovation at a meeting of the Conservative Political Action Conference here.

Bachmann billed herself as the all-in-one conservative smorgasbord, and tailored the speech to her audience. "It's wonderful when you're a Minnesota girl to wake up in Florida!" she said, smiling as she took the podium and then proceeding to fire up the crowd of 500 at the Orange County Convention Center.

She offered up her favorite talking points from the campaign trail, such as repeal of "Obamacare" and a strict constructionist's view of the Constitution, but she also added a new feature from Thursday night's candidate debate: Her call for building a fence along the entire southern U.S. border.

Bachmann led the audience in chanting, "I know I can count on you, Florida, to make Barack Obama a one- term president!" Al Cardenas, president of the American Conservative Union, said after Bachmann's appearance, "That was better than coffee."

Watch highlights from CPAC in Orlando below: