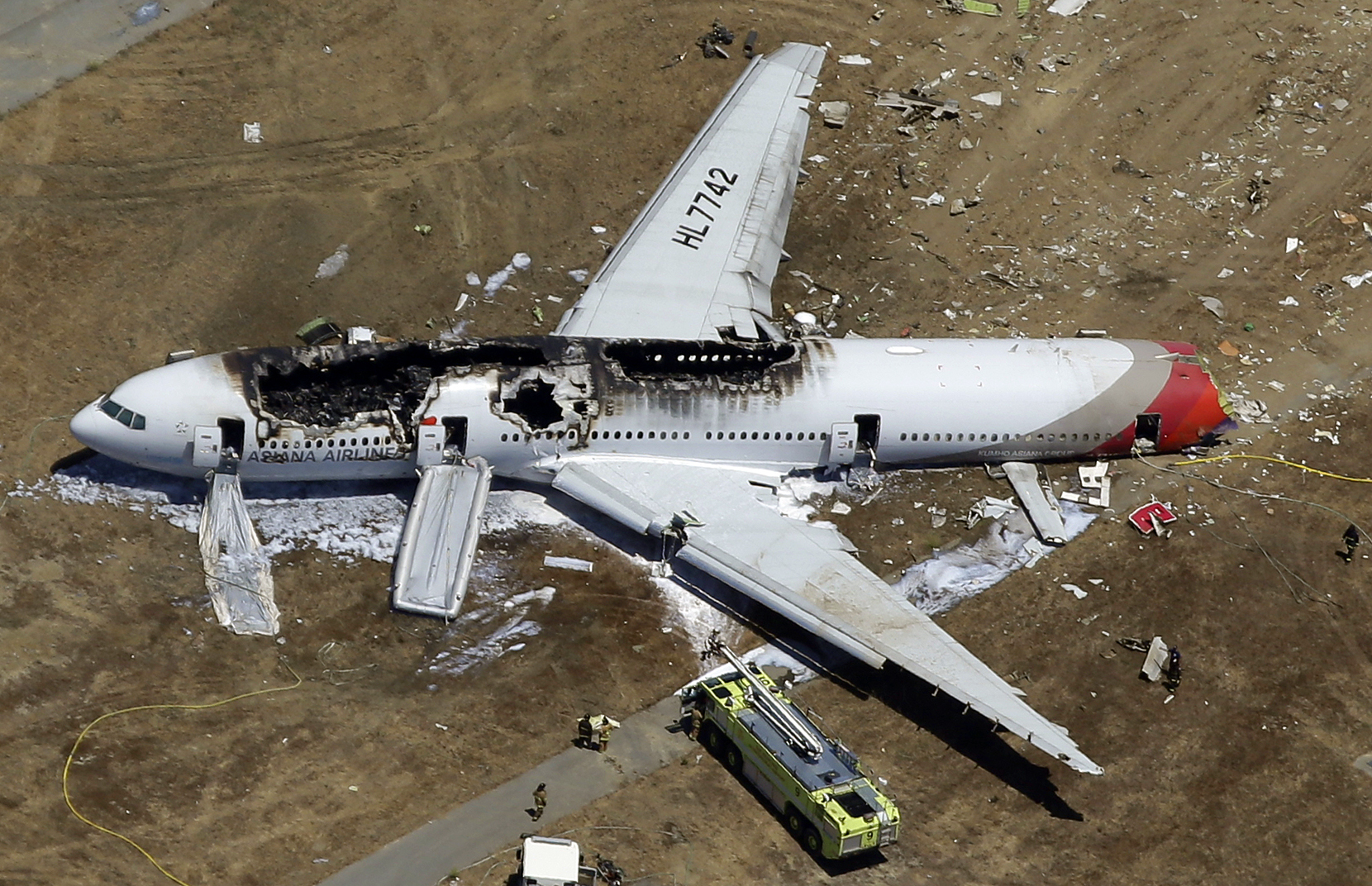 LOS ANGELES -- U.S. transportation officials on Tuesday fined Asiana Airlines $500,000 for failing to promptly contact passengers' families and keep them informed about their loved ones after a deadly crash last year at San Francisco airport, issuing the first penalty of its kind for the crash that left three Chinese teens dead.

The U.S. Department of Transportation said it took the South Korean airline five days to contact the families of all 291 passengers. In addition, a required crash hotline was initially routed to an automated reservations line.

Never before has the department concluded that an airline broke U.S. laws requiring prompt and generous assistance to the loved ones of crash victims.

Three people died and dozens were injured on July 6 when Asiana Flight 214 clipped a seawall while landing.

"The last thing families and passengers should have to worry about at such a stressful time is how to get information from their carrier," U.S. Transportation Secretary Anthony Foxx said in a prepared statement.

Many of the families live in South Korea or China, meaning the airline was their main source of information on the crash half a world away.

In a statement emailed to The Associated Press, Asiana spokeswoman Hyomin Lee said, "Asiana provided extensive support to the passengers and their families following the accident and will continue to do so."

A consent order the airline signed with the department says Asiana will pay a $400,000 fine and gets a $100,000 credit for "costs in sponsoring multiple industry-wide conferences and training sessions in 2013, 2014 and 2015, to provide lessons learned."

Federal investigators also said Asiana did not actively encourage contact from families, failing to widely publicize a toll-free help line until the day after the crash.

In the late 1990s, after airlines were roundly criticized for ignoring desperate requests for information after crashes, Congress required carriers to dedicate significant attention to families of passengers.

Last fall, the AP reviewed plans filed by two dozen foreign airlines and found cases in which carriers had not updated their family assistance plans as required.

Since AP's story, several airlines have updated family assistance plans and filed new paperwork with the Department of Transportation. Among them is Asiana's bigger rival, Korean Air.