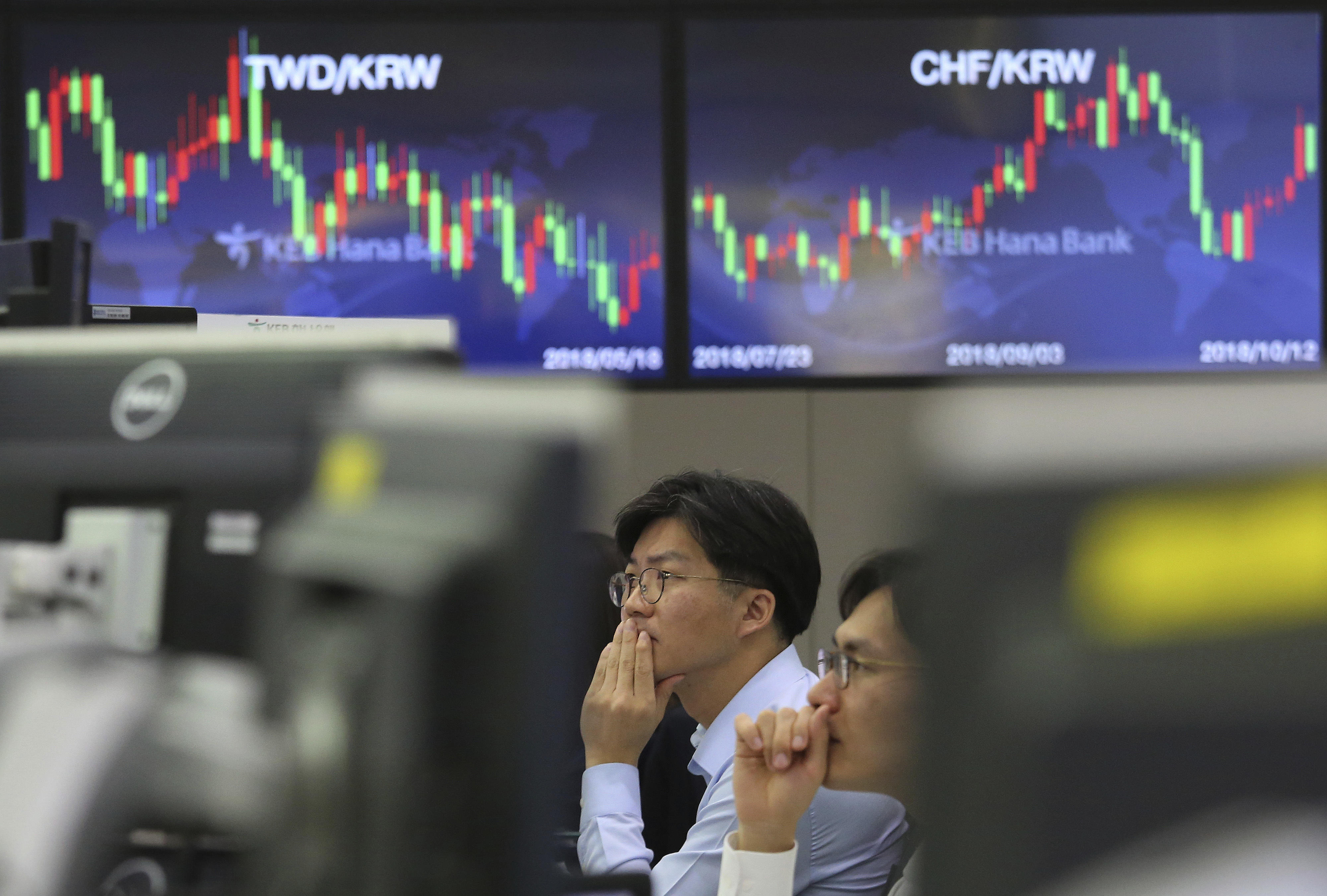 SINGAPORE -- Share prices in Asia rebounded Friday on a report that President Trump and his Chinese counterpart Xi Jinping may meet at the Group of 20 summit in Argentina in late November.

The Wall Street Journal said the White House had informed officials in Beijing that it would go ahead with a summit meeting in Buenos Aires. It cited unnamed sources from both sides.

There was no immediate word from Chinese officials in Beijing.

The aim was to find a way out of the impasse over trade that has led both countries to impose penalty tariffs on billions of dollars of each other's exports.

Defying tariffs, China's trade surplus with the United States grew to a record $34.1 billion in September, customs data showed. This marked a jump of 13 percent over a year earlier.

Its exports to the United States rose to $46.7 billion although growth was slower than in August. Imports of U.S. goods grew too, but at a slower pace than before. On the overall, China's global exports picked up and its imports steadily increased.

Asia's rebound followed another rout Thursday on Wall Street, where indexes tumbled for a second straight day on worries that rising interest rates and trade tensions could hurt global growth.

"It seems Asia has had a reassessment, and calmer heads have prevailed as we close out the week," Chris Weston of Pepperstone Group Limited said in a commentary.

A decline in the yield on 10-year Treasury yields hit bank stocks, while technology and retail companies stumbled. The benchmark S&P 500 index started the day with gains, but ended losing 2.1 percent to 2,728.37, its lowest close in three months and sixth straight loss.

The U.S. Treasury will soon release a currency report that some analysts suggest might change the official stance on China's exchange rate policy.

Reports that U.S. Treasury Secretary Steven Mnuchin was advised against labeling China as a currency manipulator - a status that could trigger penalties - have eased tensions, Stephen Innes of OANDA said.

Despite "a semblance of sanity returning," the markets are ultimately "not out of the weeds," he added.

The recent turbulence in financial markets is a contrast to what investors have grown accustomed to in a bull market that has lasted more than 10 years, the longest in history. A hallmark of the past decade has been ultra-low interest rates, which the Federal Reserve used to promote growth in the aftermath of the 2008 financial crisis.

The Fed has been gradually raising interest rates over the past two years, after not having increased them since the recession. Those higher rates have been the catalyst for recent selling, stoking concerns that slower growth would impinge on corporate profits.

President Trump has been critical of the Fed's interest rate moves.

Officials at the IMF-World Bank annual meeting, held on the Indonesian island of Bali this week, have called on the U.S. and China to work out their dispute over technology while abiding by world trade rules.

On Friday, Indonesian President Joko Widodo alluded the tensions to popular TV series "Game of Thrones". He said fighting among the "great houses" was distracting them from the threat of an "evil winter."