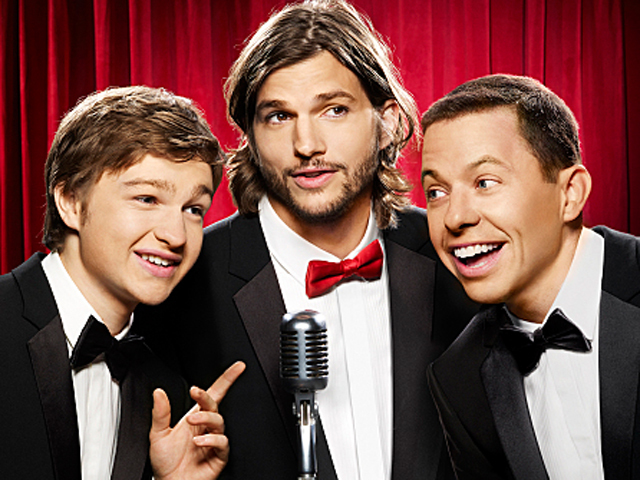 (CBS) "Two and a Half Men" stars Ashton Kutcher, Jon Cryer and Angus T. Jones have promised that "all will be revealed" when the ninth season premieres, and now we know a bit more about who Kutcher will play when the show returns.

Tassler said that Kutcher's character is named Walden Schmidt and he is an Internet billionaire with a broken heart.

She also added that the season premiere would be a two-part episode, airing over two weeks.

Tassler would not confirm or deny reports that Charlie Sheen's character, Charlie Harper, will be revealed as dead when the show returns. She also did not directly address whether Kutcher's character would be related to Alan and Jake.

Tassler did say that the sitcom is "smart, funny, irreverent, and as risque as the show has always been. People who are fans of the show will be really happy, and we feel that show has an opportunity now to recruit a new audience."

"The great news is the show will be as irreverent as it's always been," she added. "There is great value in hiring an actor like Ashton Kutcher. He is extraordinarily professional, talented, gifted actor who comes with a tremendous amount of commitment and enthusiasm."