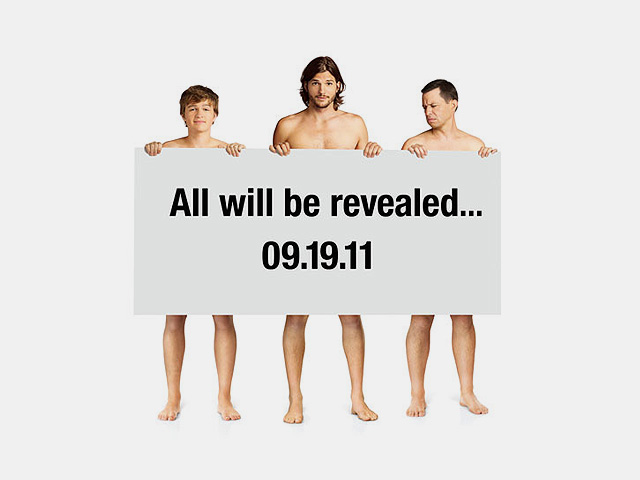 (CBS) Ashton Kutcher and his "Two and a Half Men" co-stars have launched a new ad campaign for the show - featuring the actors in their birthday suits.

The teaser shows Kutcher, Jon Cryer and Angus T. Jones holding up a sign that says: "All will be revealed...09.19.11"

That date, Sept. 19, is when the sitcom's ninth season will premiere on CBS.

It was announced in May that Kutcher was joining the cast of "Men," following Charlie Sheen's firing from the show in March.