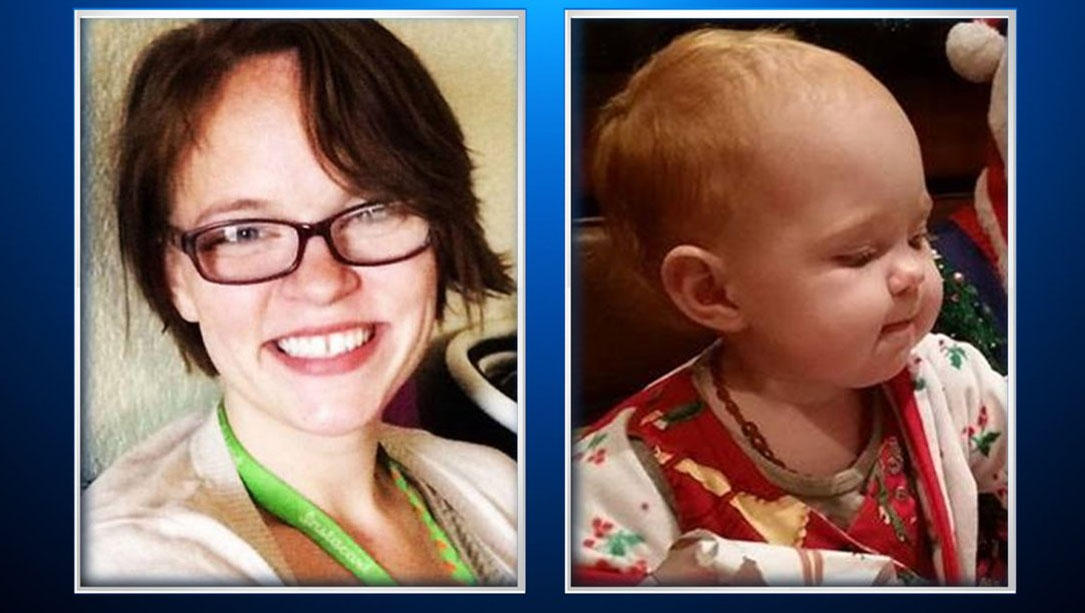 BOULDER, Colo. -- A Colorado man found in Oklahoma with his missing 1-year-old daughter is accused of killing the child’s missing mother, as police seek to identify remains nearby.

Police in Boulder, Colorado, said Thursday that 32-year-old Adam Densmore was served a first-degree murder warrant for the death of Ashley Mead, 25. Jail records do not list an attorney for Densmore, who was arrested Wednesday in northeast Oklahoma.

Ashley Mead and her daughter were last seen in Boulder on Sunday night. Mead was reported missing when she didn’t show up for work Tuesday, according to CBS Denver.

Densmore was pulled over by the Oklahoma Highway Patrol while driving the missing woman’s vehicle, Boulder police spokeswoman Shannon Cordingly told Crimesider. The child, Winter Mead, was riding in the car and unharmed.

Police say Ashley Mead remains missing and an unidentified woman’s body was found outside a WalMart in Okmulgee, which is about 90 miles east of Oklahoma City and nearly 600 miles from Boulder -- about 40 miles from where Densmore and the girl were found. Cordingly said the remains were found by a citizen and were inside a suitcase that had been left in a dumpster.

A spokeswoman for the Oklahoma medical examiner says it’s not clear how long the identification process will take.

“There are some factors involved that make it very, very difficult for us, so I don’t know how long it’s going to take,” said the spokeswoman, Amy Elliott. She would not elaborate.

Densmore was initially taken into custody by police because he did not have custody of the child, reported CBS Denver. Investigators learned of the remains after Densmore’s arrest and later served the murder warrant. Cordingly said the arrest warrant was issued because authorities believe Ashley Mead is dead and the body was found near where her daughter and the child’s father were discovered, although Cordingly declined to say where or how Mead is believed to have been killed.

Cordingly said she did not believe Densmore and Mead were ever married, but said the two had been involved in a long-term, on-again, off-again relationship.

Cordingly said her department has sent two officers to Oklahoma to investigate. The child was placed in the temporary care of Child Protective Services in Oklahoma.