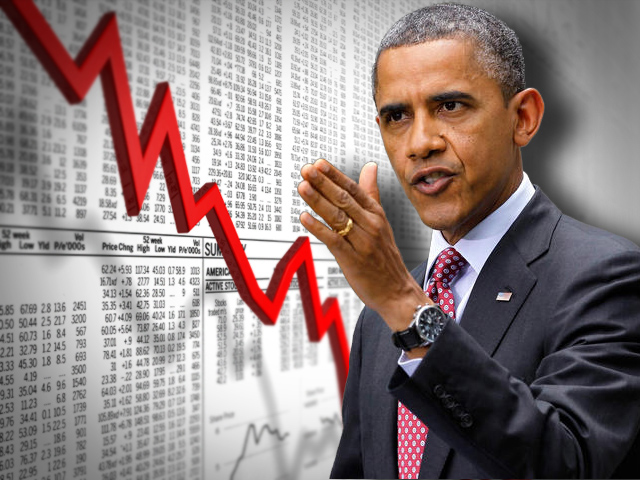 (MoneyWatch) Will President Barack Obama win another term?  If he does, it will have little to do with health care or televised debates. The only thing that matters in his re-election is largely outside of his control, and that is how the stock market performs between now and November. Here's why.

It turns out there is a booming financial market for American politics via an Irish firm called Intrade. You can bet on many political outcomes at Intrade, with the odds of each bet determined by the free market, much like any stock exchange.

A sure bet on the presidential electionStocks: Bush vs. ObamaStocks always rise in an election year -- fact check

As you might imagine, the U.S. presidential election is the most frequently traded instrument. As of this writing, Obama shares were trading at $5.59 a share. That means a share purchased for $5.59 can be cashed in for $10 after an Obama victory or end up as a worthless security if he loses. Put another way, the $5.59 price translates to the market believing Obama has a 55.9 percent chance of winning.

It appears that, on average, every 1 percent change in stock prices translates to a 1.14 percent change in Obama's prospects of a November victory. In case you think the relationship between U.S. stocks and Obama's chances are random, statistically the odds that this relationship is real are well over 99.999999999 percent.

I spoke to Brian Montopoli, senior political reporter at CBSNews.com, about the link between the stock market and the upcoming election. He said:

There's no question that the economy is the most important issue in this election. Mitt Romney's central message has been that President Obama does not deserve re-election because he has failed to fully turn the economy around in the wake of the crisis. The president's fortunes are undeniably tied to what happens in terms of GDP growth between now and November.

The stock market, unemployment rate, and rate of GDP growth are probably the best indicators out there of whether President Obama will win another four years. Discouraging numbers on those fronts translate into pessimism among the American people, and the president will have a very hard time defeating Romney if Americans don't think he's improving their economic circumstances.

What this means for Obama

The stock market is a forward indicator of how investors think the economy will perform. Stocks bottomed out in March 2009, long before the economy started turning around. So if stocks sputter between now and November, it bodes ill for the economy and even worse for Obama. But if markets hold or surge, Obama will likely get another four years.

More specifically, as long as the stock market declines less than 5 percent between now and November, the odds are looking pretty good for the president. Of course, sometimes markets move more than 5 percent in a single day. This translates to an S&P 500 index price of 1,286 or better, or a Dow Jones industrial average price of 12,134 or higher, as being good news for Obama. Lower than these indexes indicates good news for Romney.