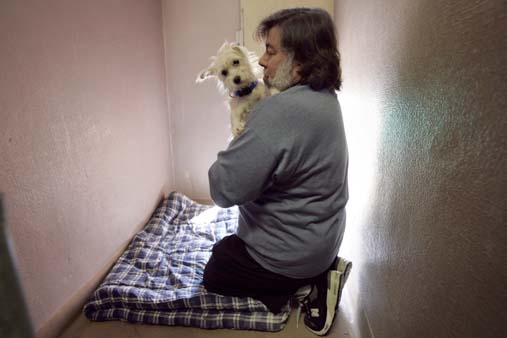 The Oakland Athletics' bullpen put themselves through their own form of group therapy Monday afternoon and starter Mike Oquist was the first to reap the rewards.

The A's bullpen shut down Minnesota hours after a relievers-only meeting, allowing just one run in the final 3 1-3 innings to preserve an 8-5 victory over the Twins.

Buddy Groom and Mike Fetters each pitched a scoreless inning of relief of Oquist, and Billy Taylor got the final four outs for his ninth save in 10 attempts. All three took part in a meeting Monday which was designed to be informative without being negative.

"It was open and people spoke their opinions," Taylor said. "It was good and all positive. We were trying to turn it up a notch and do the job."

Taylor was the only reliever to allow a run, on a sacrifice fly by Paul Molitor in the ninth, but by then, the A's had taken control of the game. Oquist (2-3) battled out of constant trouble in his 5 2-3 innings of work but left with the lead after Matt Stairs hit a go-ahead, two-run homer in the sixth inning.

"That was the first save situation we've had in a long time," A's manager Art Howe said. "We haven't been able to get to that point in the game with a lead and have it be fairly close. The bullpen did a good job."

Oquist, who won his second consecutive start, gave up nine hits, two walks and four runs. He allowed a runner to reach scoring position in each of his first five innings but made the key pitch when he needed it.

"I made some good pitches in there to get out of some jams," Oquist said. "It's definitely a positive in that sense because that could have been an ugly game. I didn't have real good stuff tonight but everybody picked me up."

That included the offense, which tied a season-high with four home runs.

The Twins took a 1-0 lead in the third on an RBI double by Molitor, but rookie Ben Grieve put the A's on top in the fourth with a two-run homer, his eighth of the season.

An RBI double by Scott Spiezio gave Oakland a 3-1 lead before Orlando Merced's three-run homer in the fifth gave Minnesota a 4-3 lead. It was Merced's fourth home run of the season and first since April 11.

Stairs delivered his team-leading ninth home run in the sixth to put the A's up for good, 5-4. Mike Macfarlane added a solo home run in the eighth off Hector Carrasco and Spiezio, who went 3-for-4 with three RBIs, also added a solo shot off Carrasco, this one in the ninth, his seventh.

Stairs finished off his three-RBI night with a run-coring single off Carrasco in the ninth.

"On a couple of lefties he left the ball up in the zone," Twins manager Tom Kelly said. "He's got to keep it down. The numbers (against left-handers) speak for themselves.

Left-handed hitters are batting .406 (28-for-69) against the left-handed rookie.

"The bottom line is we missed some pitches and they hit them," Kelly said.

Notes: With two stolen bases, Rickey Henderson tied Texas' Tom Goodwin for the AL lead with 21. ... Oakland's starters have won 16 games. They didn't win that many last season until July 17. ... Grieve is batting .352 on the road this season, and seven of his eight home runs have given the A's the lead. ... The Twins have led in 16 of their 30 losses this season, including two six-run leads, one five-run lead and one four-run lead. ... The announced crowd of 7,918 was the smallest of the season and the Twins' smallest at the Metrodome since drawing 7,845 on Sept. 6, 1995.