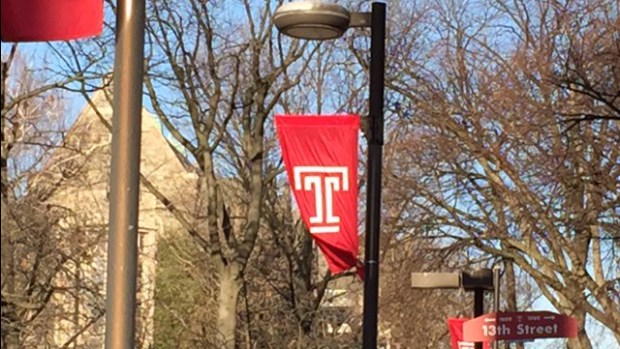 PHILADELPHIA - Philadelphia police say they’ve arrested four teens on assault charges in flash mob attacks around Temple University in which college students were beaten, an officer was knocked down and a police horse was punched in the face.

Police say the attacks were carried out Friday night by bands of as many as 100 boys and girls.

CBS Philadelphia reports at least 50 people were detained the night of the attacks.

Police say students were surrounded and then punched, kicked, robbed and in some cases knocked to the ground by groups of 20 to 30 teens. Arrests have been made in only one of the cases.

Police say a boy punched a police horse twice in the face, and another threw a Temple officer to the ground.

A Temple student who was not named described to CBS Philadelphia the ordeal that he and his girlfriend endured.

He said around 9:30 Friday night he was leaving work when he saw what looked to be at least 200 juveniles walking in large groups.

He said he overheard police saying the kids were playing "the knockout game."

He says a juvenile around 10 years old started shouting obscenities at him and grabbed his phone out of his hand. The student says the juvenile then came back and threw the phone at him, striking him in the face.

As the student was chasing them away, he says he was struck in the face by a someone he estimates to be eight years old.

The student tells CBS3 he believes this type of activity happened both Thursday and Saturday night on campus.