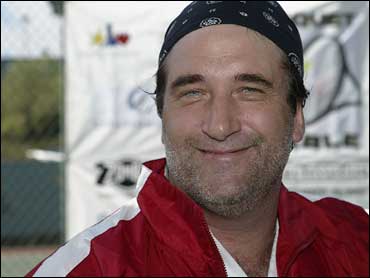 A judge issued an arrest warrant for actor Daniel Baldwin on Tuesday after he failed to appear in Orange County Superior Court on charges that he illegally took another person's car.

"He had an arraignment scheduled and he did not appear, so a bench warrant has been issued," said Farrah Emami, a spokeswoman for the district attorney's office.

"I was sitting in court. He most definitely did not show up," she said.

"You guys need to get your facts straight and call us back," he said. A second call to Spilo for comment was not immediately returned because Spilo was in a meeting.

Baldwin was charged in December with two felony counts of unlawfully taking a car and receiving stolen property. He could face up to three years in prison if convicted, Emami said.

Baldwin, 46, had been free on bail since he was arrested at a Santa Monica hotel in November while driving a white 2003 GMC Yukon that had been reported stolen in Orange County.

"The car belongs to an acquaintance of Mr. Baldwin, but he had no permission to take it," sheriff's spokesman Jim Amormino said at the time.

In April 2006, prosecutors declined to file felony charges against Baldwin after his arrest in a cocaine possession case. Police said they found the actor and another man in a Santa Monica hotel, along with cocaine and drug paraphernalia.

In July 2006, Baldwin made headlines when he drove a rented Ford Thunderbird at more than 80 mph through Los Angeles traffic and crashed into two parked cars, police said.

The brother of actors Alec, Stephen and William has appeared in the television series "Homicide: Life on the Street" and the movie "Car 54, Where Are You?"