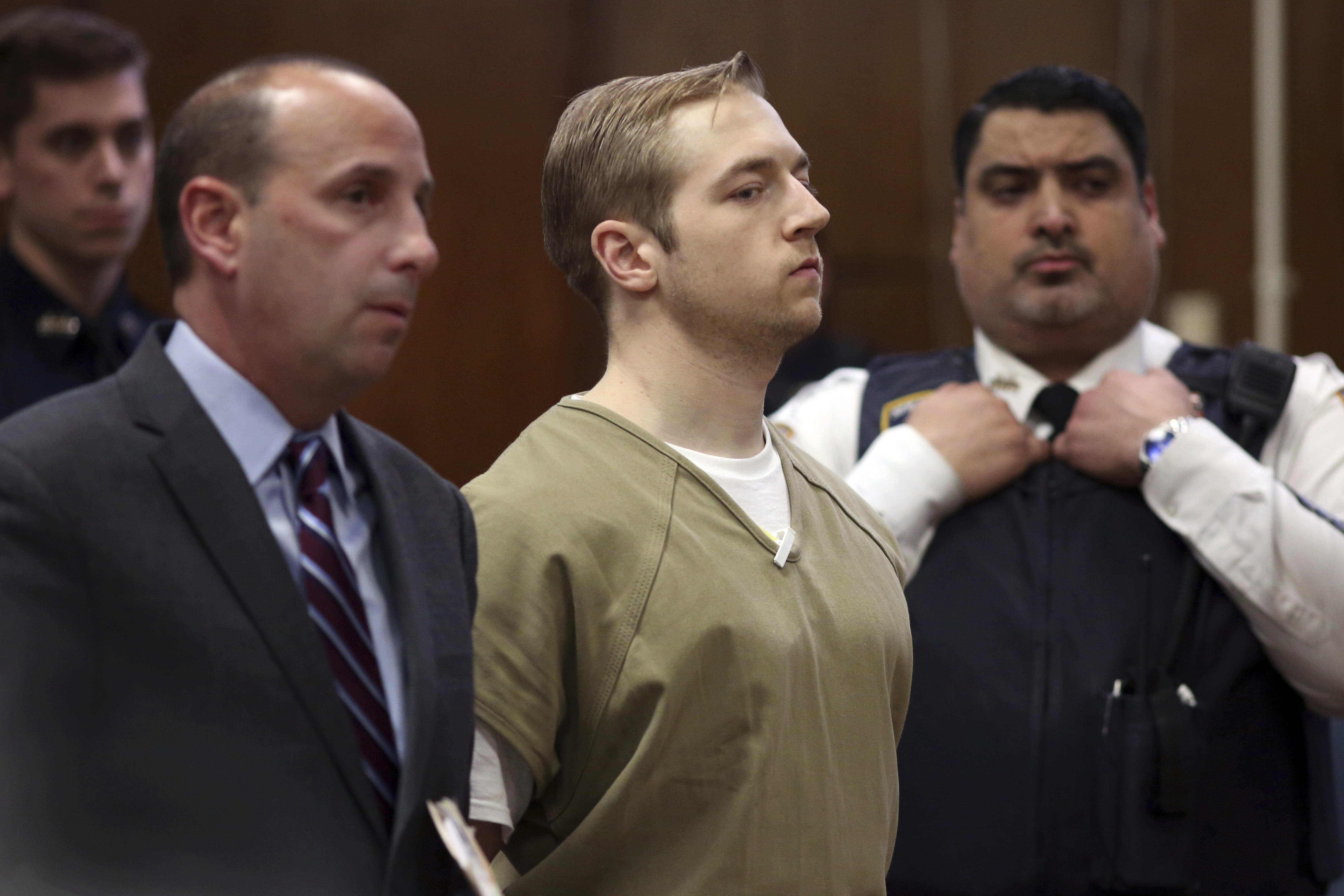 NEW YORK -- An Army veteran was hit with new charges of murder as an act of terrorism and hate Monday in the alleged random stabbing a black man to death with a sword in Midtown, according to CBS New York.

In a court appearance Monday, his charges were upgraded in a grand jury indictment. He had already been accused of second-degree murder as a hate crime.

The victim, who was remembered as a gentleman and a good neighbor, was alone and collecting bottles for recycling last week when he was attacked from behind with a sword. He staggered, bleeding, into a police station and later died at a hospital.

Childhood friends of Caughman, who grew up in Queens, attended the hearing and said he was a kind man who didn’t deserve the brutality.

“Tim Caughman did not deserve to die like that,” said Portia Clark. “Nobody does. I mean, come on, we’re black, white, yellow, brown -- that’s ridiculous. We’re trying to get along.”

Carl Nimmons wept outside court after seeing Jackson. “It really hurt me to see that man, because I can’t do nothing about it. I don’t have the power to do anything about it,” he said.

Meanwhile, as CBS New York reports, more is being revealed about what may have motivated the attack and what else the accused was plotting.

Overcome by hate, police said Jackson admitted he took a bus from Maryland to Manhattan last week for one reason -- to kill black men.

“It’s well over 10 years he’s been harboring these feelings of hate towards male blacks,” NYPD Chief of Manhattan South Detectives William Aubry said this past Wednesday.

Jackson was in the Army from 2009 to 2012 and worked as an intelligence analyst, the Army said. Deployed in Afghanistan in 2010-11, he earned several medals and attained the rank of specialist.

The military training, Jackson said, helped him plan the bloodshed.

“I had been thinking about it for a long time, for the past couple of years,” he said. “I figured I would end up getting shot by police, kill myself, or end up in jail.”

His attorney, Sam Talkin, has said if the allegations are anywhere close to being true, “then we’re going to address the obvious psychological issues that are present in this case.”