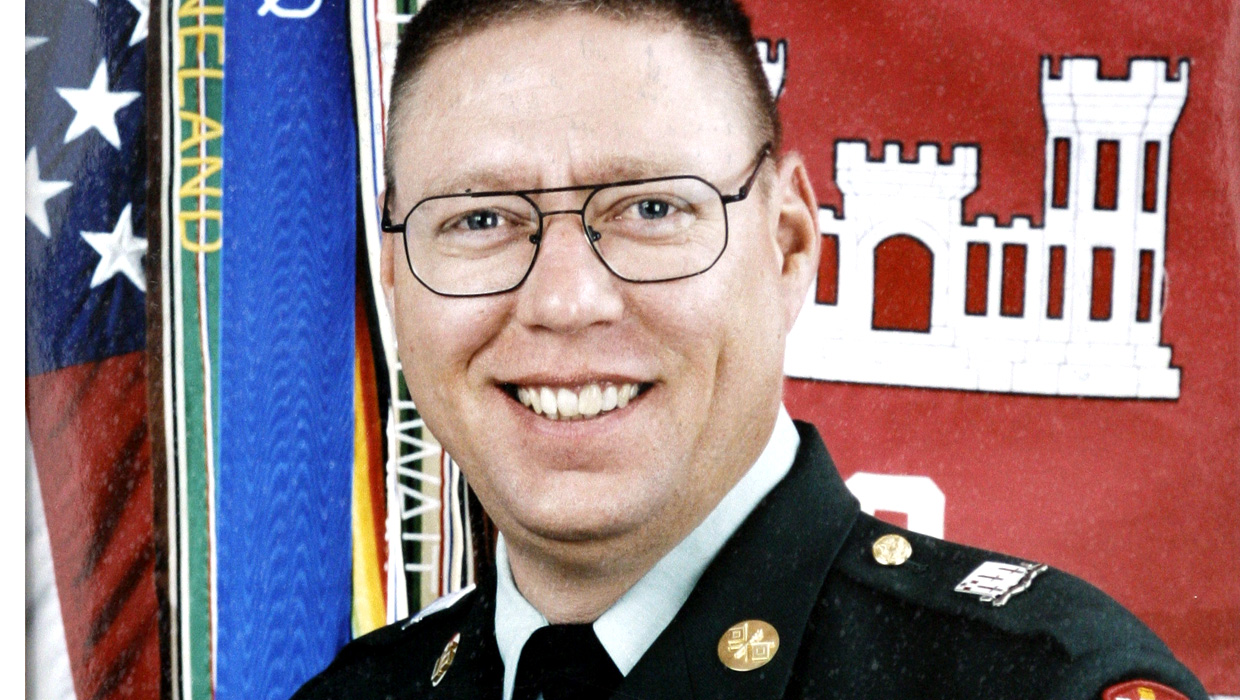 JOINT BASE LEWIS-MCCHORD, Washington An Army sergeant pleaded guilty Monday to killing four other soldiers and a Navy officer in 2009 at mental health clinic in Baghdad during the Iraq War, describing how he gunned down the men and saying he was in a "rage" when he began his rampage.

The plea agreement in a military court at Joint Base Lewis-McChord means Sgt. John Russell will avoid the death sentence. His maximum sentence would be a life term. He testified Monday to persuade Army judge Col. David Conn to accept the agreement. Conn agreed.

Russell went on a shooting spree at the Camp Liberty Combat Stress Center near Baghdad in May 2009. It was one of the worst instances of soldier-on-soldier violence in the Iraq war.

In court, Russell said he was in a "rage" when he opened fire.

"I wanted the pain to stop," Russell testified in court at Joint Base Lewis-McChord, talking in a husky voice. He read a written statement detailing his memories of the killings.

Russell was nearing the end of his third tour when his behavior changed, members of his unit testified in 2009. They said he became more distant in the days before the May 11, 2009, attack and that he seemed paranoid that his unit was trying to end his career.

On May 8, Russell sought help at a combat stress clinic at Camp Stryker, where his unit was located. On May 10, Russell was referred to the Camp Liberty clinic, where he received counseling and prescription medication.

The following day witnesses saw Russell crying and talking about hurting himself. He went back to the Camp Liberty clinic, where a doctor told him he needed to get help or he would hurt himself. Russell tried to surrender to military police to lock him up so he wouldn't hurt himself or others, witnesses said.

Military prosecutors say Russell left the clinic and later returned with a rifle he took from his unit headquarters and began firing.

Russell said he wanted to hurt a doctor who he thought had earlier encouraged him to commit suicide. He didn't find that doctor, but still carried out the shooting.

Of the dead, Russell had interacted only with Springle, who tried to help him a couple of days before the attack.

Yates raised a gun at him after Russell killed Springle and Houseal, but Yates dropped the gun and ran.

Yates "ran and I ran after him, and I shot him," Russell said.

Yates' mother, Shawna Van Blargan, joined Springle's wife and son in court. They held each other tightly as Russell talked about killing their family members.

Van Blargan cried out when Russell described killing her son. She left the courtroom.

Russell also remembered finding Barton hiding under a table. Russell shot him in the head.

Bueno-Galdos tried to grab Russell's rifle. Russell testified he shot Bueno-Galdos in the chest, then shot him once more while he lay face down on the ground.