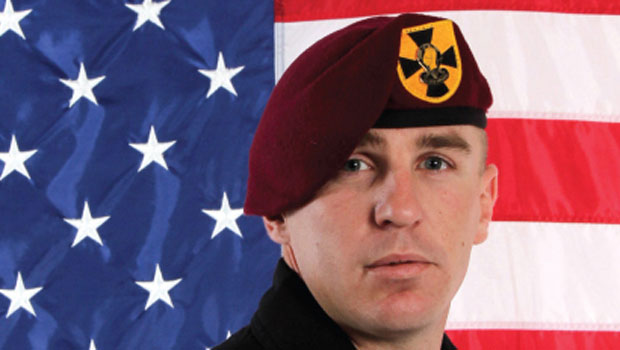 CHICAGO --One of two parachutists who collided while performing at the Chicago Air and Water Show Saturday morning has died, the Cook County Medical Examiner confirmed.

U.S. Army Sergeant 1st Class Corey Hood, 32, died Sunday afternoon, a day after he was injured in the mid-air collision with another parachutist, CBS Chicago reported.

The Chicago Fire Department said one parachutist with the U.S. Navy Leap Frog team landed in front of the boathouse at North Avenue Beach and was transported to a hospital in serious-to-critical condition and suffered a broken leg.

Hood, who was with the U.S. Army Golden Knights, deployed his emergency chute and possibly hit a building in the Gold Coast neighborhood near Schiller and Lake Shore Drive. He was also transported in serious-to-critical condition.

Hood has been in the Army for 10 years and has been awarded two Bronze Stars and two Meritorious Service Medals. He began jumping in 2010 and has recorded more than 500 freefall jumps.

The Army Golden Knights and Navy Leap Frog teams did not perform Sunday for the second day of the Air & Water Show.

They will return to their base, where they will have access to counseling. Golden Knights spokeswoman Donna Dixon said the team will head to Fort Bragg in North Carolina, where they can meet with chaplains. She says the Army wants to ensure everyone is mentally and physically fit to continue with the show season.