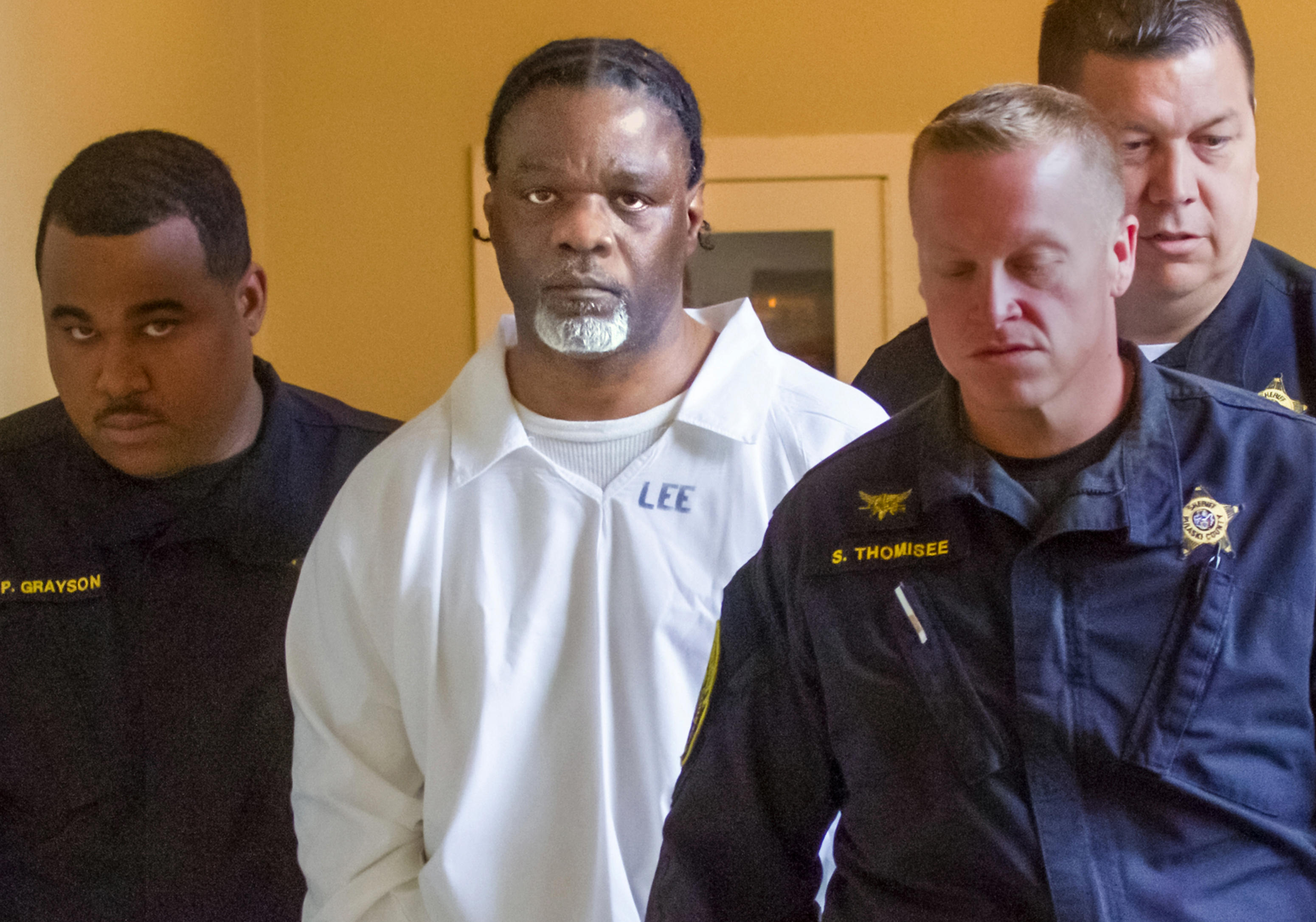 VARNER, Ark. -- Arkansas overcame a flurry of court challenges Thursday that derailed three other executions, putting to death an inmate for the first time in nearly a dozen years as part of a plan that would have been the country’s most ambitious since the death penalty was restored in 1976.

Ledell Lee was among eight inmates originally scheduled to be put to death before a lethal injection drug expires April 30. He was pronounced dead at 11:56 p.m. Thursday, four minutes before his death warrant was due to expire.

“The governor knows the right thing was done tonight,” said J.R. Davis, a spokesman for Gov. Asa Hutchinson, who scheduled the multiple executions. “Justice was carried out.”

Lee, 51, was put on death row for the 1993 killing of his neighbor Debra Reese, who prosecutors said  Lee struck 36 times with a tire tool her husband had given her for protection. Lee was arrested less than an hour after the killing after spending some of the $300 authorities said he had stolen from Reese.

The state originally set four double executions over an 11-day period in April. The eight executions would have been the most by a state in such a compressed period since the U.S. Supreme Court reinstated the death penalty in 1976. The first three executions were canceled because of court decisions.

Two more inmates are set to die Monday, and one on April 27. Another inmate scheduled for execution next week has received a stay.

The U.S. Supreme Court cleared the way for Lee’s execution about a half-hour before his death warrant was set to expire at midnight, reports CBS Little Rock affiliate KTHV-TV. The nation’s high court rejected a round of last-minute appeals the condemned inmate’s attorneys had filed. An earlier ruling from the state Supreme Court allowing officials to use a lethal injection drug that a supplier says was obtained by misleading the company cleared the way for Lee’s execution.

“Arkansas’ decision to rush through the execution of Mr. Lee just because its supply of lethal drugs are expiring at the end of the month denied him the opportunity to conduct DNA testing that could have proven his innocence,” said Nina Morrison, senior staff attorney with the Innocence Project, a non-profit legal organization that helped represent Lee in his last appeals.

Lee’s attorneys were looking to test a drop of blood on one of Lee’s shoes and hairs found at the crime scene, says KTHV. They also wanted to call into question the three eyewitnesses.

Arkansas dropped plans to execute a second inmate, Stacey Johnson, on the same day after the state Supreme Court said it wouldn’t reconsider his stay, which was issued so Johnson could seek more DNA tests in hopes of proving his innocence.

Justices on Thursday reversed an order by Pulaski County Circuit Judge Alice Gray that halted the use of vecuronium bromide, one of three drugs used in the state’s lethal injection process, in any execution. McKesson Corp. says the state obtained the drug under false pretenses and that it wants nothing to do with executions.

McKesson said it was disappointed in the court’s ruling.

“We believe we have done all we can do at this time to recover our product,” the company said in a statement.

Justices also denied an attempt by makers of midazolam and potassium chloride - the two other drugs in Arkansas’ execution plan - to intervene in McKesson’s fight over the vecuronium bromide. The pharmaceutical companies say there is a public health risk if their drugs are diverted for use in executions, and that the state’s possession of the drugs violates rules within their distribution networks.

The legal delays in the executions frustrated Hutchinson. The state’s elected prosecutors also criticized the roadblocks to the execution plans.

“Through the manipulation of the judicial system, these men continue to torment the victims’ families in seeking, by any means, to avoid their just punishment,” the prosecutors said in a joint statement issued Thursday.

Lawyers for the state have complained that the inmates are filing court papers just to run out the clock on Arkansas’ midazolam supply. Prisons director Wendy Kelley has said the state has no way to obtain more midazolam or vecuronium bromide. At one point in the proceedings before a federal judge last week, Arkansas Solicitor General Lee Rudofsky declared, “Enough is enough.”

Earlier in the evening, the Supreme Court ruled 5-4 on a previous batch of appeals with new justice Neil Gorsuch voting with the majority of five to deny the stay of execution sought by Lee and the other inmates.

Justice Stephen Breyer said in a dissent he was troubled by Arkansas’ push to execute the inmates before its supply of midazolam expires.

“Apparently the reason the state decided to proceed with these eight executions is that the ‘use by’ date of the state’s execution drug is about to expire. ...In my view, that factor, when considered as a determining factor separating those who live from those who die, is close to random,” Breyer wrote.