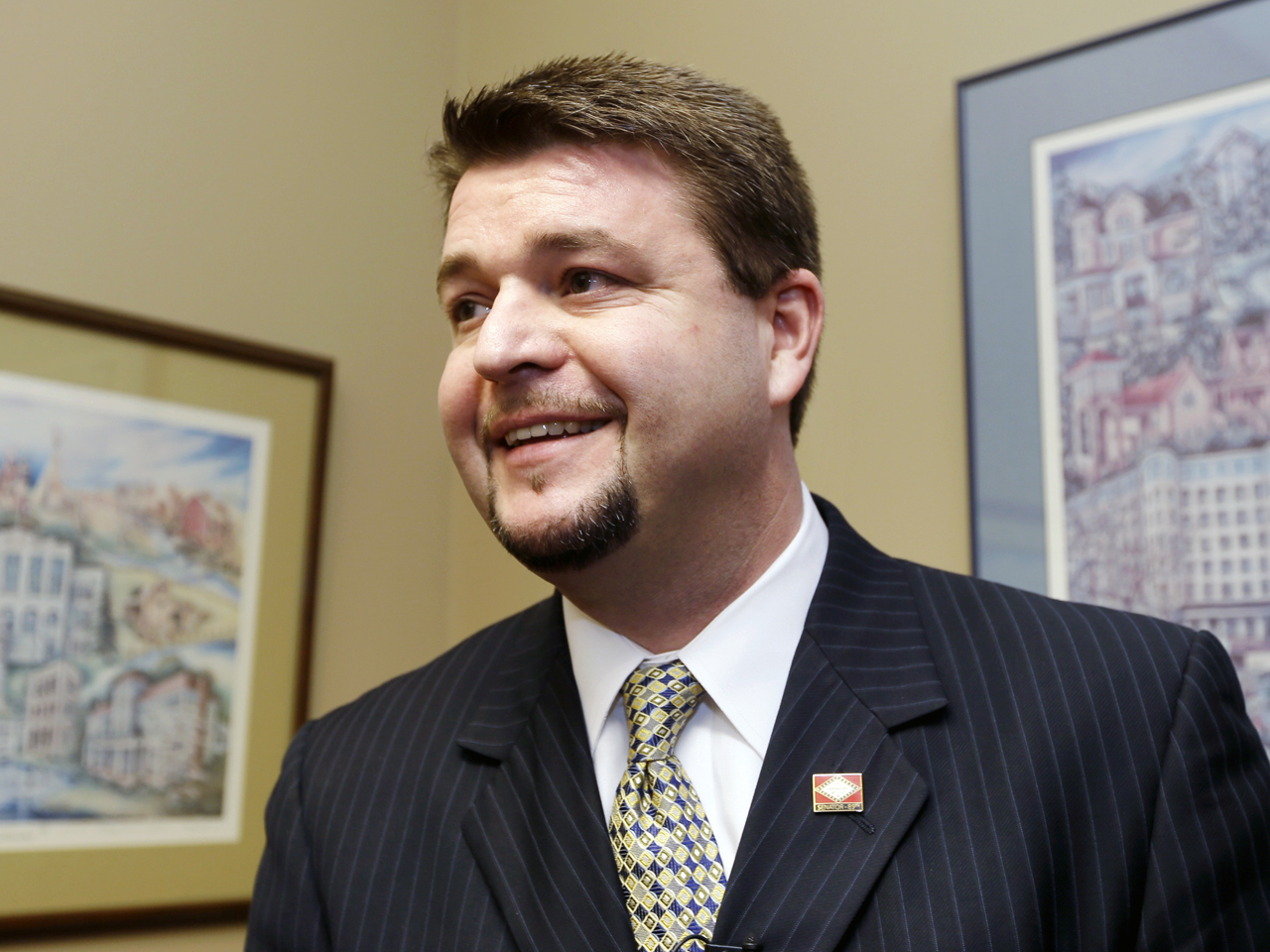 LITTLE ROCK, Ark. Arkansas soon will have the nation's most restrictive abortion law -- a near-ban on the procedure from the 12th week of pregnancy onward -- unless a lawsuit or court action intervenes.

Lawmakers in the Republican-dominated Legislature defied Gov. Mike Beebe, overriding the Democrat's veto. The House voted 56-33 on Wednesday to override Beebe's veto, a day after the Senate voted to do the same.

The votes come less than a week after the legislature overrode a veto of a separate bill banning most abortions starting in the 20th week of pregnancy. That bill took effect immediately after the final override vote, whereas the 12-week ban won't take effect until this summer.

Abortion rights proponents already have said they'll sue to block the 12-week ban from taking effect. Beebe warned lawmakers that both measures would end up wasting taxpayers' money with the state defending them in court where, he said, they are likely to fail.

The measures' supporters, who expected court challenges, were undaunted.

"Not the governor, nor anyone else other than the courts, can determine if something is constitutional or unconstitutional," Rep. Bruce Westerman, a Republican from Hot Springs, said in urging his colleagues to override Beebe.

Bill sponsor Sen. Jason Rapert, a Republican from Conway, watched the vote from the House gallery and said a number of law firms have offered to help the state defend the laws in court, if it comes to that.

"I'm just grateful that this body has continued to stand up for the bills that have passed. The eyes of the entire nation were on the Arkansas House of Representatives today," he said.

Beebe rejected both measures for the same reasons, saying they are unconstitutional and contradict the U.S. Supreme Court 1973 Roe v. Wade ruling that legalized abortion until a fetus could viably survive outside the womb. A fetus is generally considered viable at 22 to 24 weeks.

The 12-week ban would prohibit abortions from the point when a fetus' heartbeat can typically be detected using an abdominal ultrasound. It includes exemptions for rape, incest, the life of the mother and highly lethal fetal disorders. The 20-week prohibition, which is based on the disputed claim that a fetus can feel pain by the 20th week and therefore deserves protection from abortion, includes all of the same exemptions except for fetal disorders.

"I think a lot of people felt some pressure after the last vote," said House Minority Leader Greg Leding, a Democrat from Fayetteville.

The measure is among several abortion restrictions lawmakers have backed since Republicans won control of the House and Senate in the November election. Republicans hold 21 of the 35 Senate seats, and 51 of the 100 seats in the House. It takes a simple majority in both chambers to override.

Beebe has signed into law one of those measures, a prohibition on most abortion coverage by insurers participating in the exchange created under the health care law.

Rep. Ann Clemmer, a Republican of Benton serving her third term in the House, asked her colleagues to support the override attempt, saying her votes on anti-abortion bills this year were the first time she could fully express her view on issue at the Capitol. When Democrats held control, such bills never made it this far.

"If I say that I'm pro-life, at some point I have to do something about what I say I believe," said Clemmer, the bill's sponsor in the House.

Unlike the 20-week ban, which took effect immediately, the 12-week restriction won't take effect until 90 days after the House and Senate adjourn. Lawmakers aren't expected to wrap up this year's session until later this month or April.

In vetoing both measures, Beebe has cited the costs to the state if it has to defend either ban in court. The American Civil Liberties Union of Arkansas has vowed to sue if the state enacts the 12-week ban and said it is considering legal action over the 20-week restriction as well.

"I think today, for whatever reason, the Arkansas House turned its back on the women of Arkansas and said, we don't think you're capable of making your own decisions," said Rita Sklar, ACLU of Arkansas' executive director. Sklar said the group planned to file suit in federal court in the next couple weeks.

Beebe noted that the state paid nearly $148,000 to attorneys for plaintiffs who successfully challenged a 1997 late-term abortion ban.

The original version of Rapert's bill would have banned abortions as early as six weeks into a pregnancy, but he changed the measure after facing resistance from some lawmakers worried that it would require the use of a vaginal probe.

Women who have abortions would not face prosecution under Rapert's bill, but doctors who perform abortions in violation of the 12-week ban could have their medical licenses revoked.