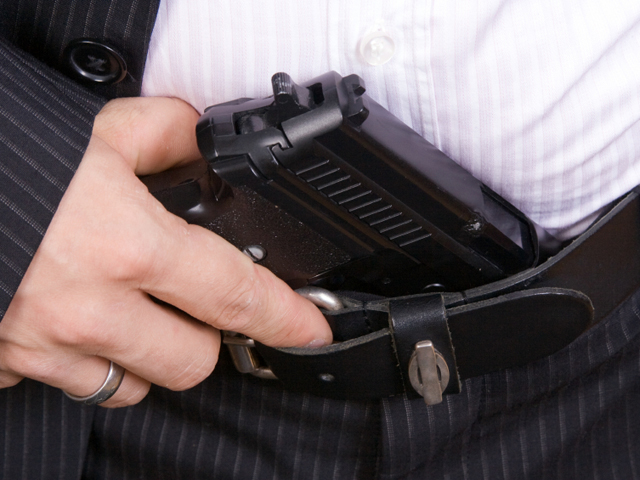 CHANDLER, Ariz. - A suburban Phoenix man is recovering after police say he accidentally shot himself in the penis while putting his girlfriend's gun in the waistband of his pants.

Chandler police say 27-year-old Joshua Seto and his fiancee, Cara Christopher, were walking toward a grocery store when the shooting happened last week. The gun fired, striking Seto's penis and continuing through his left thigh.

The Arizona Republic reports a 911 operator told Christopher to apply direct pressure to the wound with a dry towel or T-shirt.

Chandler Police Detective Seth Tyler was unsure of the type of gun, or whether it had a safety that was off. He also says it's unclear if Seto has been released from the hospital or suffered any permanent damage

In the wake of the shooting, Tyler warned residents to use holsters, not waistbands, if they're going to carry a handgun.

Tyler told the newspaper that movies and TV shows that show tough guys with guns shoved into their jeans are not realistic.

He added that actors most likely use rubber weapons, which weigh far less than the real things.

"Whenever you handle a firearm, whether you are a novice or experienced, always treat firearms as though they are loaded," Tyler told the newspaper. "If you are going to carry a handgun on your person, use a holster, not your waistband."