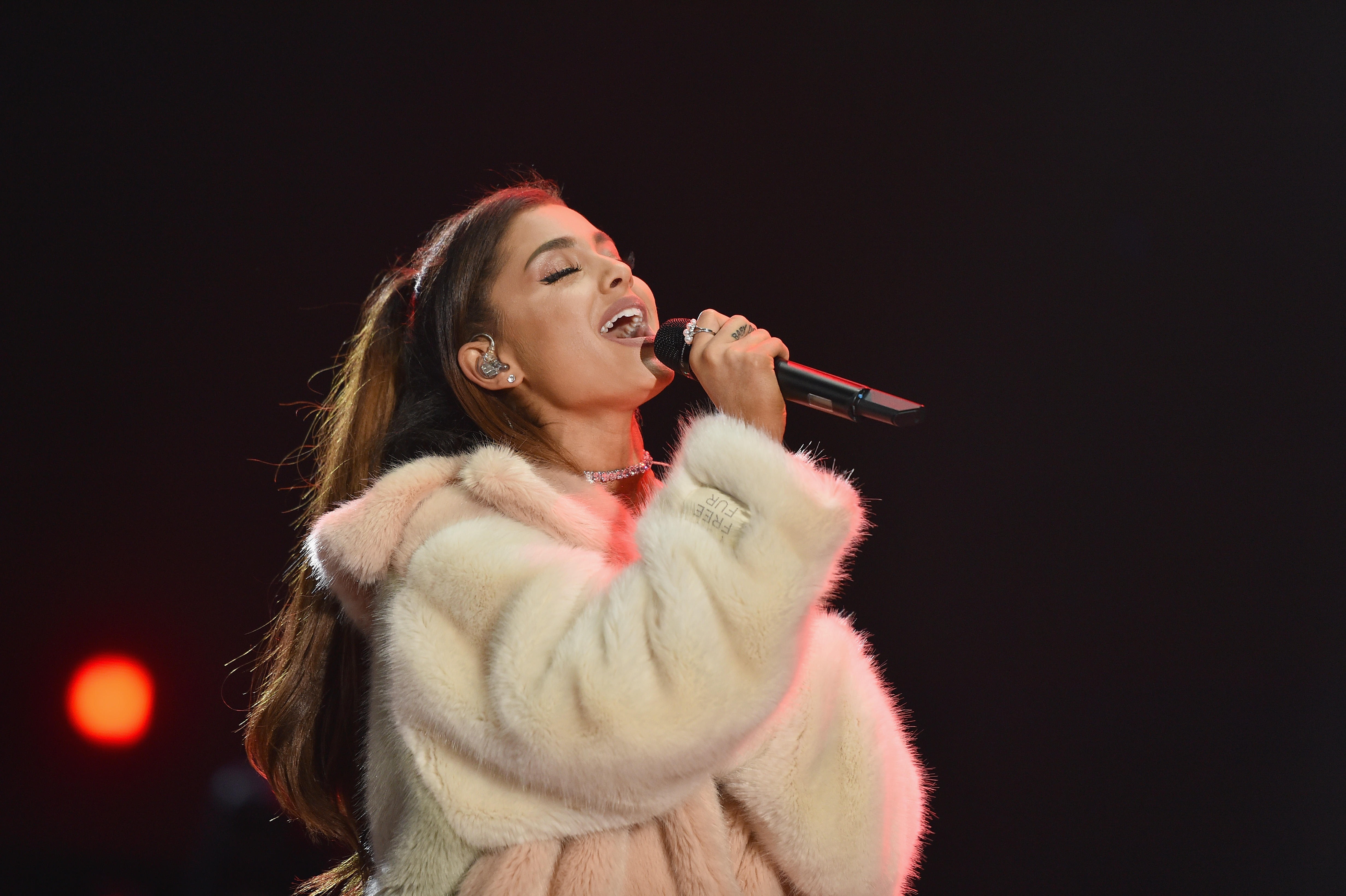 Ariana Grande has returned to Manchester, England to lead her "One Love Manchester" benefit concert on Sunday, June 4.

"One Love Manchester" will be broadcast live from the sold out Emirates Old Trafford Cricket Ground. The venue is located just a few miles outside the Manchester Arena and holds up to 50,000 attendees.

ABC and Freeform, Disney's young adult network, will air the concert in the U.S., along with MTV.com.

ABC will also air a one hour-long special with highlights from the concert after Game 2 of the NBA Finals -- the game begins at 8 p.m. ET., 5 p.m. PT.

All proceeds from the event will go to the victims of the May 22 attack that killed 22 and injured 112 others after Grande's concert in Manchester Arena. Organizers expect to raise nearly £2 million, about $2,579,000.

"Our response to this violence must be to come closer together, to help each other, to love more, to sing louder and to live more kindly and generously than we did before," Grande said on Twitter, announcing the show. "Music is meant to heal us, to bring us together, to make us happy. So that is what it will continue to do for us."