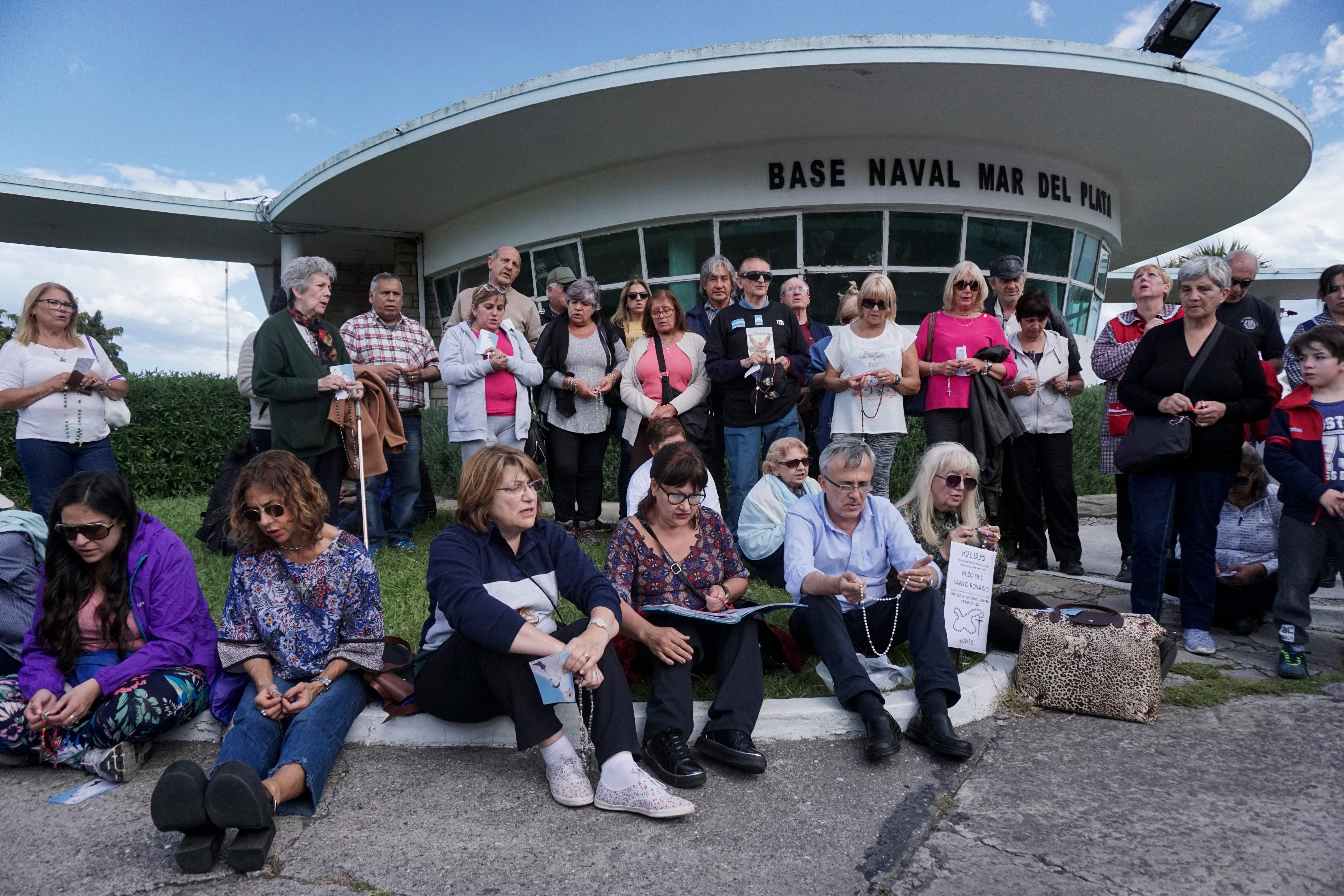 MAR DEL PLATA, Argentina -- Ships and planes hunting for a missing Argentine submarine with 44 crew members will return to a previously search area after officials said Wednesday that a noise made a week ago in the South Atlantic could provide a clue to the vessel's location.

The Argentina navy spokesman, Capt. Enrique Balbi, said the "hydro-acoustic anomaly" was determined by the United States and specialist agencies to have been produced Nov. 15, just hours after the final contact with the ARA San Juan and could have come from the sub.

The sound originated about 30 miles north of the submarine's last registered position, he said.

"It's a noise. We don't want to speculate" about what caused it, Balbi said.

He said Argentine navy ships as well as a U.S. P-8 Poseidon aircraft and a Brazilian air force plane would return to the area to check out the clue, even though the area already was searched.

U.S. Navy Lt. Lily Hinz later said the unusual sound detected underwater could not be attributed to marine life or naturally occurring noise in the ocean. She declined to speculate whether it might have been an explosion, saying experts did not know what it was.

"It was not a whale, and it is not a regularly occurring sound," Hinz said.

On land, relatives of the submarine's crew grew increasingly distressed as experts said the vessel lost for seven days might be reaching a critical period of low oxygen.

Jorge Villarreal kept his eyes fixed on the ocean, hoping to catch a glimpse of the vessel that carried his son, Fernando Villareal, a submarine officer.

"As a dad I want him to be rescued immediately, but we can't forget about the inclemency of the weather. And the foreign help just doesn't come from one day to the next," he said. "We hope this will go right because of the improving weather and the technology that's being used."

The San Juan went missing as it was sailing from the extreme southern port of Ushuaia to the city of Mar del Plata, about 250 miles (400 kilometers) southeast of Buenos Aires.

The Argentine navy and outside experts worry that oxygen for the crew would last only seven to 10 days if the sub was intact but submerged. Authorities do not know if the sub rose to the surface to replenish its oxygen supply and charge batteries, which would affect the calculation.

The German-built diesel-electric TR-1700 class submarine was scheduled to arrive Monday at the naval base in Mar del Plata, where city residents have been dropping by with messages of support for relatives of the crew.

More than a dozen airplanes and ships are participating in the multinational search despite stormy weather that has caused waves of more than 20 feet (6 meters). Search teams are combing an area of some 185,000 square miles (480,000 square kilometers), which is roughly the size of Spain.

President Donald Trump went on Twitter to offer his good wishes to Argentina on Wednesday, though he inflated the number of missing sailors by one.

"I have long given the order to help Argentina with the Search and Rescue mission of their missing submarine. 45 people aboard and not much time left. May God be with them and the people of Argentina!" his tweet said.

Hopes were lifted after brief satellite calls were received and when sounds were detected deep in the South Atlantic. But experts later determined that neither was from the missing sub. A U.S. Navy aircraft later spotted flares and a life raft was found in the search area, but authorities said neither came from the missing submarine.

The false alarms have rattled nerves among distraught family members. Some have begun to complain that the Argentine navy responded too late.

"They took two days to accept help because they minimized the situation," Federico Ibanez, the brother of submarine crew member Cristian Ibanez, told The Associated Press.

The navy has said the submarine reported a battery failure before it went missing. Authorities have no specific details of the problem.

"I feel like authorities let too much time pass by and decisions were taken late," Ibanez's sister, Elena Alfaro, said outside the base. "And yet, I still carry some hope."