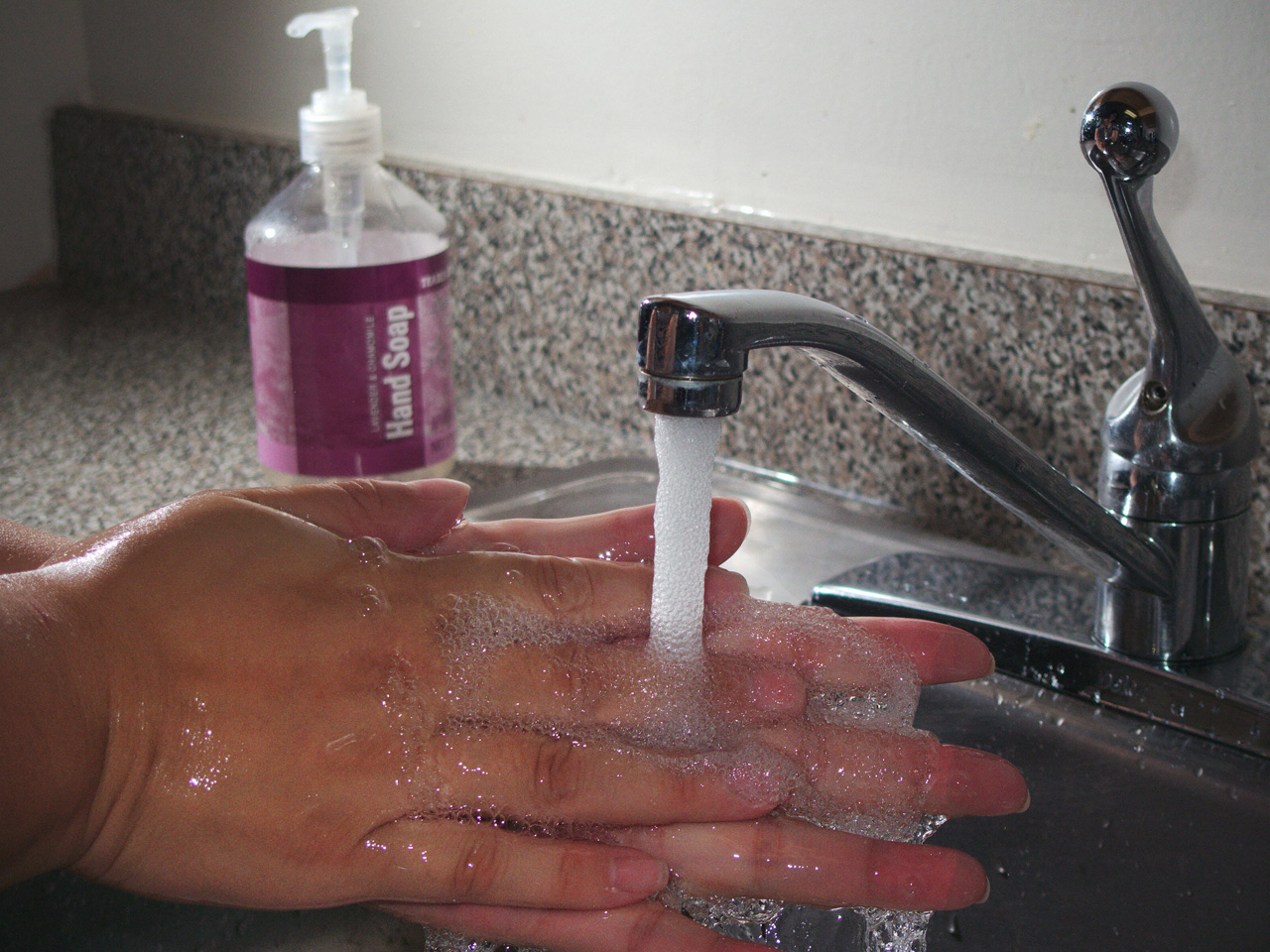 Hand-washing is a daily routine -- for most of us -- but according to a new study, only a handful of people are properly scrubbing their paws.

While health officials often remind people to make sure they're washing their hands correctly, especially around flu season, the low statistics shocked even the study authors.

"These findings were surprising to us because past research suggested that proper hand washing is occurring at a much higher rate," lead investigator Carl Borchgrevink, an associate professor of hospitality business at Michigan State University in East Lansing, said in a statement.

Hand-washing saves lives, according to the Centers for Disease Control and Prevention. Proper technique can cut cold and flu risk, prevent the spread of foodborne illnesses and other infections in close settings like cruise ships and hospitals.

The "right way to wash your hands" is to wet your hands with clean, running water (warm or cold) and apply soap. Rub them together to make a lather while scrubbing them well, making sure you get the backs of the hands, between the fingers and under the nails. Keep this up for 20 seconds -- the CDC recommends singing the "Happy Birthday" song twice -- and after, rinse under running water, before drying with a clean towel or air dryer.

Twelve researchers were deployed undercover to public restrooms located across a college town for the study. They observed more than 3,700 people using public restrooms, and found 95 percent of them were cutting corners. Thirty-three percent of people didn't use soap, while 10 percent skipped hand-washing entirely. The average hand-washing time was 6 seconds, far below the CDC's recommended duration.

Other factors may have contributed to these rates: People were more likely to skip hand-washing if the sink was dirty, and were more likely to wash earlier in the day, which suggests people out for a nighttime meal or drinks may not be as vigilant. Signs telling people to wash their hands were effective, the researchers also found, with people less likely to wash in the absence of a sign.

The study was published in the June issue of the Journal of Environmental Health.

Borchgrevink, who used to work as a chef and restaurant manager before entering academia, said restaurant owners should be just as worried about the new findings as consumers.

"Imagine you're a business owner and people come to your establishment and get foodborne illness through the fecal-oral route -- because people didn't wash their hands -- and then your reputation is on the line," he said. "You could lose your business."

In January, when flu season was rampant in the U.S., Dr. Elaine Larson, associate dean of research at Columbia University School of Nursing, told CBSNews.com that the biggest mistake people make when washing is "not covering the surfaces most likely to touch, which are the fingertips," she said. "People rub their palms together, when fingertips are the most critical."

If you don't have soap or clean running water available, the CDC recommends an alcohol-based hand sanitizer -- at least 60 percent alcohol -- applied to the palm of one hand, before rubbing both hands together all over the surfaces of your hands and fingers until dry.

But, the agency points out the sanitizers do not eliminate all germs and are not as effective when your hands are visibly dirty.

Paxlovid has been free so far. Next year, sticker shock awaits.
Ryan Jaslow