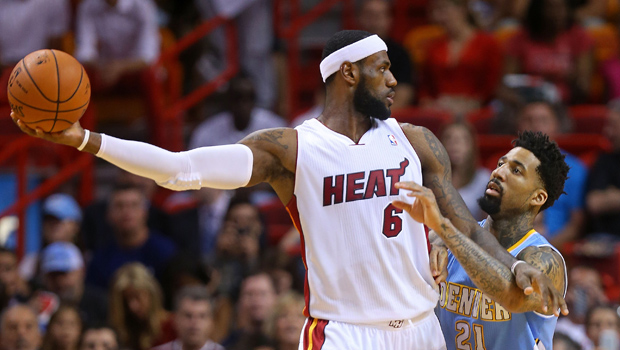 "The Natural" was a Bernard Malamud novel turned into a film with Robert Redford, all about a ballplayer of phenomenal and seemingly altogether natural talent. Whether nature is really the source of a superstar's talent is something for science to try to answer. Our Cover Story is reported by Susan Spencer of "48 Hours":

In 2010, at age 30, then-photographer Dan McLaughlin made an amazing announcement: he was going to quit his job and become a professional golfer.

"People were like, 'We didn't even know you golfed,' I'm like, 'Well, I haven't golfed yet. But I'm going to start in January!'" he laughed.

His goal: the same as Tiger Woods and Phil Mickelson's, to compete on golf's pro tour.

"The basic idea is that there is no inborn, innate talent," said McLaughlin. "That people have to kind of foster their own abilities through deliberate practice."

And so he practices, six days a week, six hours a day. He is halfway to his target of 10,000 hours -- the time an influential study claims is required for true expertise.

But even his coach has doubts. When asked by Spencer, "What do you think his odds are?" he replied, "It's small. It's small for anybody. You've got a better change to be a surgeon, statistically."

Whether or not he makes the tour, McLaughlin's experiment could shed light on an age-old question: are elite athletes born to greatness? Or can practice, in fact, make perfect?

"The only real rule is tremendous individual variation," said David Epstein, author of "The Sports Gene," a look at how much of athletic greatness is genetic and how much is learned.

Epstein's answer: 100 percent of both.

"No two people respond to training in exactly the same way because of their genes," said Epstein. "A very important kind of talent is the ability to profit more rapidly, from one hour of practice, than the next guy does, and that's very much mediated by your genes."

Two high jumpers make the case: the 2004 Olympic gold medalist Stefan Holm had trained for 20 years; the guy who beat him for gold at the 2007 world championships, Donald Thomas, took up the sport just eight months before the games.

"They are two guys who are basically at the same athletic place through two completely different paths," said Epstein. "So there's no blanket answer even for two athletes doing essentially the same thing.

"The '10,000-hour rule' is very attractive. It does give people hope," laughed Epstein. "But it suggests if every person isn't getting the same benefit, then they're just not trying as hard."

Not so: genes do convey some obvious advantages.

"There are definitely sports genes," he said, with "some cases where just a single gene makes a big difference to someone's athleticism."

Genes that tailor-make a body for one sport -- and create some unusual proportions.

No surprise the basketball prodigy is tall -- 6 foot 8 inches. But his wingspan is seven feet!

At the far other end of the spectrum: the tiny gymnasts, becoming tinier all the time.

"Elite female gymnasts in the last 30 years have shrunk from 5'3" to 4'9" on average," said Epstein. "Better for them to rotate in the air."

Genetic gifts for one sport don't mean much across sports.

"Michael Phelps has a very long torso, which is great for swimming speed, just like the long hull of a canoe," said Epstein. "Short legs. Large hands and feet."

Phelps's odd body type makes him an unlikely track star, but just watch him in water.

Epstein says today's intense competition is what has weeded out all but the athletes whose body types are perfect for the job.

The extremes that produces are shockingly clear in photographer Howard Schatz's portraits of sports stars. You might legitimately wonder if these people -- from 95-pound figure skaters to 700-pound sumo wrestlers -- are even from the same species.

But perhaps the best illustration of how one body type can dominate a sport is marathon running. One small tribe in Kenya's Rift Valley has produced eight of the Top 10 fastest marathon times ever recorded.

"So what is it about the genetic makeup of these people that gives them this huge advantage?" Spencer asked.

"A hot and dry climate causes the evolutionary adaptation of very long, slender body types," said Epstein, "Long legs proportional to body size, which is good for running, and very thin at the extremeties, and that's an adaptation for cooling."

And there's incentive to train: in Kenya, winning marathons can be a ticket out of poverty.

Last year's Chicago winner was growing potatoes until four years ago. Now he trains about 100 miles a week.

"You have a group of people who have, just on average, the right biological build, and then this huge desire and willingness to try their hand at training," said Epstein.

But others insist it is really the training that makes the difference.

"Without any question and any hesitation ... practice is the number one predictor of how good somebody gets at anything," said Joe Baker, a professor of kinesiology at Toronto's York University.

He says intense practice hones natural athletic skills -- skills that may be useless at something we haven't practiced.

Just ask the major league hitters who, on a lark, went up against Olympic softball pitcher Jennie Finch a few years ago.

Finch, pitching underhand, threw a larger ball at a slower speed - and the big shots couldn't even hit foul balls.

"Their brain develops a very sophisticated rule set that tells them how to anticipate 100-mile-an-hour fastballs, or 80-mile-an-hour curveballs," said Epstein, "but not balls that are thrown with an underhand from a female that's two-thirds of the distance away from them.

"And it has nothing to do with desire, talent or persistence; it has to do with the fact that their brain is just wired in a completely different way," said Baker.

And while the debate over what really makes an athletic star rages on, Dan McLaughlin just keeps on practicing, six days out of seven.

"You know, in golf, I don't know anybody who's better than me who's practiced less or put in less time, you know?" he said.

Down now to a 4 handicap -- already better than 95 percent of all amateur golfers -- and determined to nurture what nature gave him to work with.