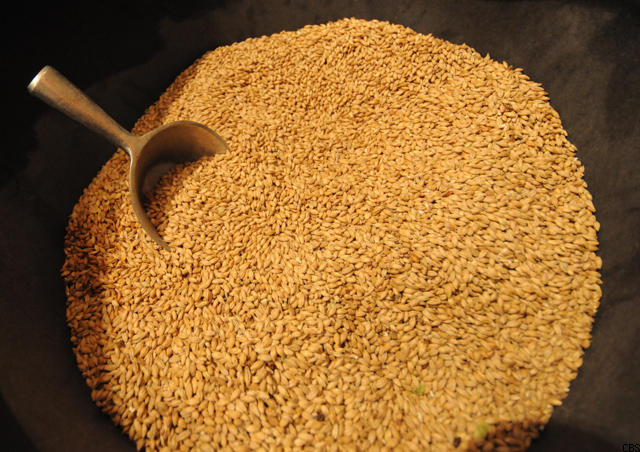 (By Charles Q. Choi This story originally appeared on LiveScience)

May beer have helped lead to the rise of civilization? It's a possibility, some archaeologists say.

Their argument is that Stone Age farmers were domesticating cereals not so much to fill their stomachs but to lighten their heads, by turning the grains into beer. That has been their take for more than 50 years, and now one archaeologist says the evidence is getting stronger.

Signs that people went to great lengths to obtain grains despite the hard work needed to make them edible, plus the knowledge that feasts were important community-building gatherings, support the idea that cereal grains were being turned into beer, said archaeologist Brian Hayden at Simon Fraser University in Canada. "Beer is sacred stuff in most traditional societies," said Hayden, who is planning to submit research on the origins of beer to the journal Current Anthropology.

The advent of agriculture began in the Neolithic Period of the Stone Age about 11,500 years ago. Once-nomadic groups of people had settled down and were coming into contact with each other more often, spurring the establishment of more complex social customs that set the foundation of more-intricate communities.

The Neolithic peoples living in the large area of Southwest Asia called the Levant developed from the Natufian culture, pioneers in the use of wild cereals, which would evolve into true farming and more settled behavior. The most obvious explanation for such cultivation is that it was done in order to eat.

Archaeological evidence suggests that until the Neolithic, cereals such as barley and rice constituted only a minor element of diets, most likely because they require so much labor to get anything edible from them — one typically has to gather, winnow, husk and grind them, all very time-consuming tasks.

Hayden told LiveScience he has seen that hard work for himself. "In traditional Mayan villages where I've worked, maize is used for tortillas and for chicha, the beer made there. Women spend five hours a day just grinding up the kernels."

However, sites in Syria suggest that people nevertheless went to unusual lengths at times just to procure cereal grains — up to 40 to 60 miles (60 to 100 km). One might speculate, Hayden said, that the labor associated with grains could have made them attractive in feasts in which guests would be offered foods that were difficult or expensive to prepare, and beer could have been a key reason to procure the grains used to make them.

"It's not that drinking and brewing by itself helped start cultivation, it's this context of feasts that links beer and the emergence of complex societies," Hayden said.

Feasts would have been more than simple get-togethers — such ceremonies have held vital social significance for millennia, from the Last Supper to the first Thanksgiving.

"Feasts are essential in traditional societies for creating debts, for creating factions, for creating bonds between people, for creating political power, for creating support networks, and all of this is essential for developing more complex kinds of societies," Hayden explained. "Feasts are reciprocal — if I invite you to my feast, you have the obligation to invite me to yours. If I give you something like a pig or a pot of beer, you're obligated to do the same for me or even more."

"In traditional feasts throughout the world, there are three ingredients that are almost universally present," he said. "One is meat. The second is some kind of cereal grain, at least in the Northern Hemisphere, in the form of breads or porridge or the like. The third is alcohol, and because you need surplus grain to put into it, as well as time and effort, it's produced almost only in traditional societies for special occasions to impress guests, make them happy, and alter their attitudes favorably toward hosts."

The brewing of alcohol seems to have been a very early development linked with initial domestication, seen during Neolithic times in China, the Sudan, the first pottery in Greece and possibly with the first use of maize. Hayden said circumstantial evidence for brewing has been seen in the Natufian, in that all the technology needed to make it is there — cultivated yeast, grindstones, vessels for brewing and fire-cracked rocks as signs of the heating needed to prepare the mash.

"We still don't have the smoking gun for brewing in the Natufian, with beer residues in the bottom of stone cups or anything like that," Hayden said. "But hopefully people will start looking for that — people haven't yet."