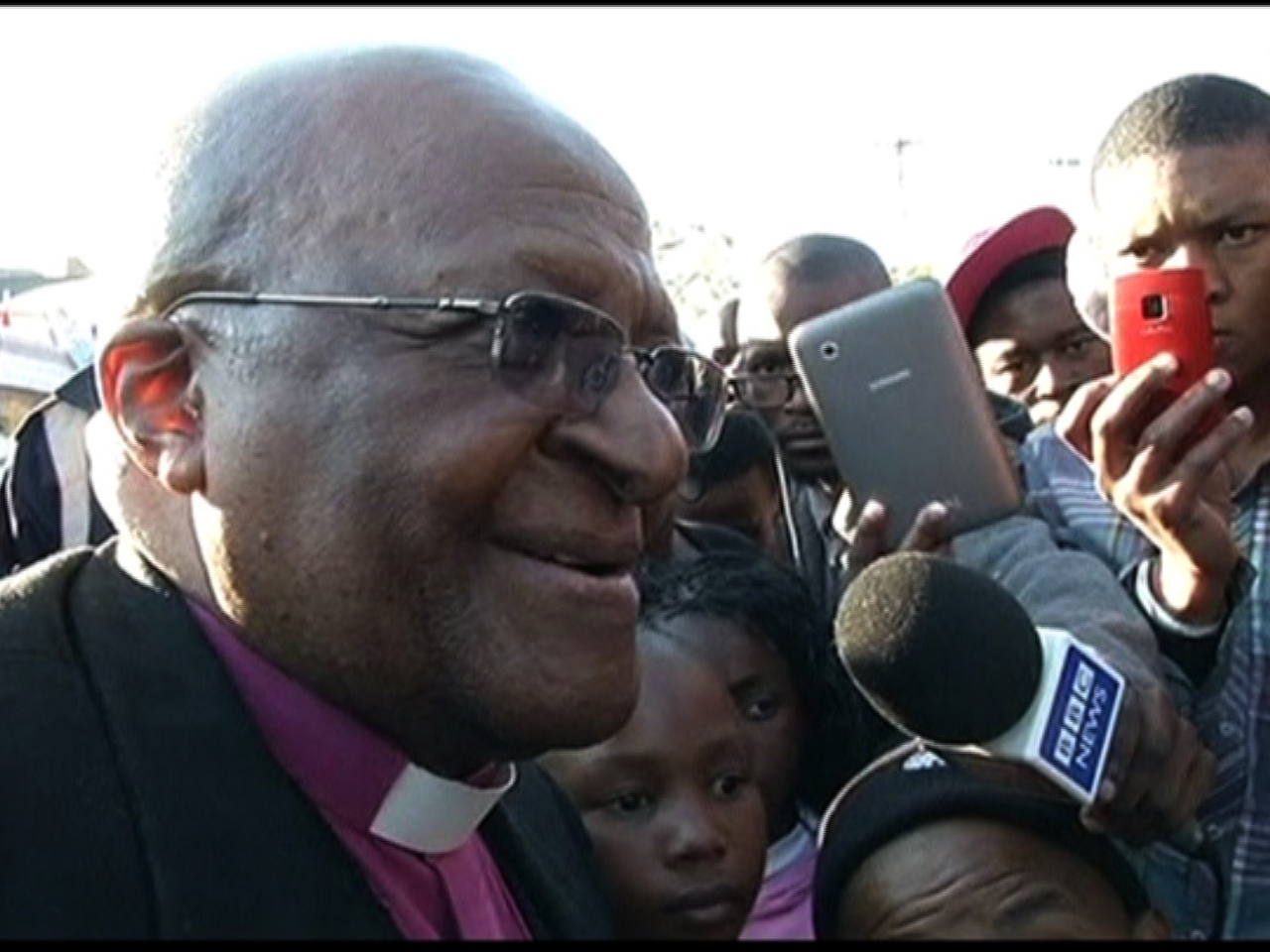 Mandela has been hospitalized since June 8 with a recurring lung infection and is in critical but stable condition.

Mandela family members said he has made "remarkable progress" in recent days, after fears that he was close to death. Mandela remains on a breathing ventilator.

Thousands of South Africans and others around the world celebrated Mandela's birthday Thursday by working on community service projects.

Tutu visited a school in Cape Town on Thursday to honor Mandela's birthday.