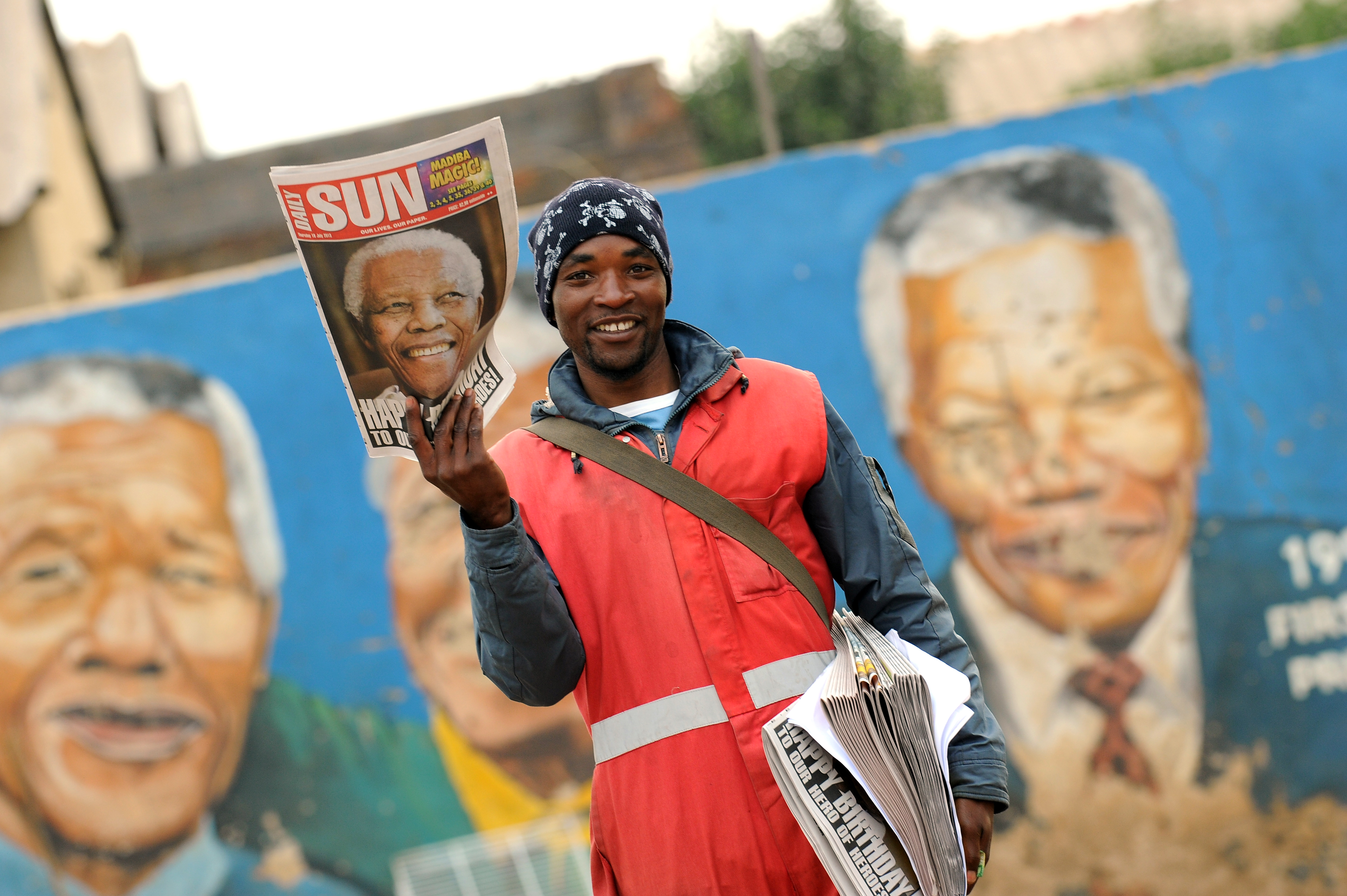 JOHANNESBURG -- Nelson Mandela turned 95 years old, and marked 15 years of marriage to his wife Graca Machel on Thursday, but as CBS News correspondent Debora Patta reported, compared to other birthday's, this year's is a perhaps a little sadder.

Thursday also marked 41 days for the ailing South African icon in a Pretoria hospital, so it was also a day when South Africans were grasping for good news. Reports on Mandela's current medical condition vary, but the South African government said doctors had confirmed that he was steadily improving.

Daughter Zindzi Mandela said in a television interview on her father's birthday that he was making "remarkable progress," and that the family was looking forward to "having him back home soon."

Grandson Ndaba Mandela told Patta outside the hospital on Thursday that while he's still in critical condition, "he's a lot more alert now, a lot more aware of his surroundings."

Schools around the country honored the anti-apartheid leader in morning assemblies, meanwhile, and numerous groups have asked people to volunteer 67 minutes to charity to match what they say are the 67 years that Mandela served his community.

The United Nations declared Thursday Nelson Mandela International Day as a way of recognizing the Nobel Peace Prize winner's contribution to reconciliation. Mandela, also known by his clan name Madiba, was jailed for 27 years under white minority rule and led a difficult transition from apartheid to democracy, becoming president in all-race elections in 1994.

"Madiba remains in hospital in Pretoria but his doctors have confirmed that his health is steadily improving," said a statement released by the office of President Jacob Zuma.

"We are proud to call this international icon our own as South Africans and wish him good health," Zuma said in the statement. He thanked South Africans for supporting Mandela during his hospitalization with "undying love and compassion" and responding to a call to give the beloved figure "the biggest birthday celebration ever this year."

called Wednesday for the world to honor Mandela by heeding his example and serving others. The Obamas were sending their wishes and prayers to the former South African leader on his 95th birthday after meeting with his family last month while in South Africa.

Mandela was taken to a hospital on June 8 for treatment for a recurring lung infection. In previous announcements, the government said he was in critical but stable condition. Court documents filed by Mandela's family earlier this month had said Mandela was on life support and near death, as CBS News sources have said privately for weeks.