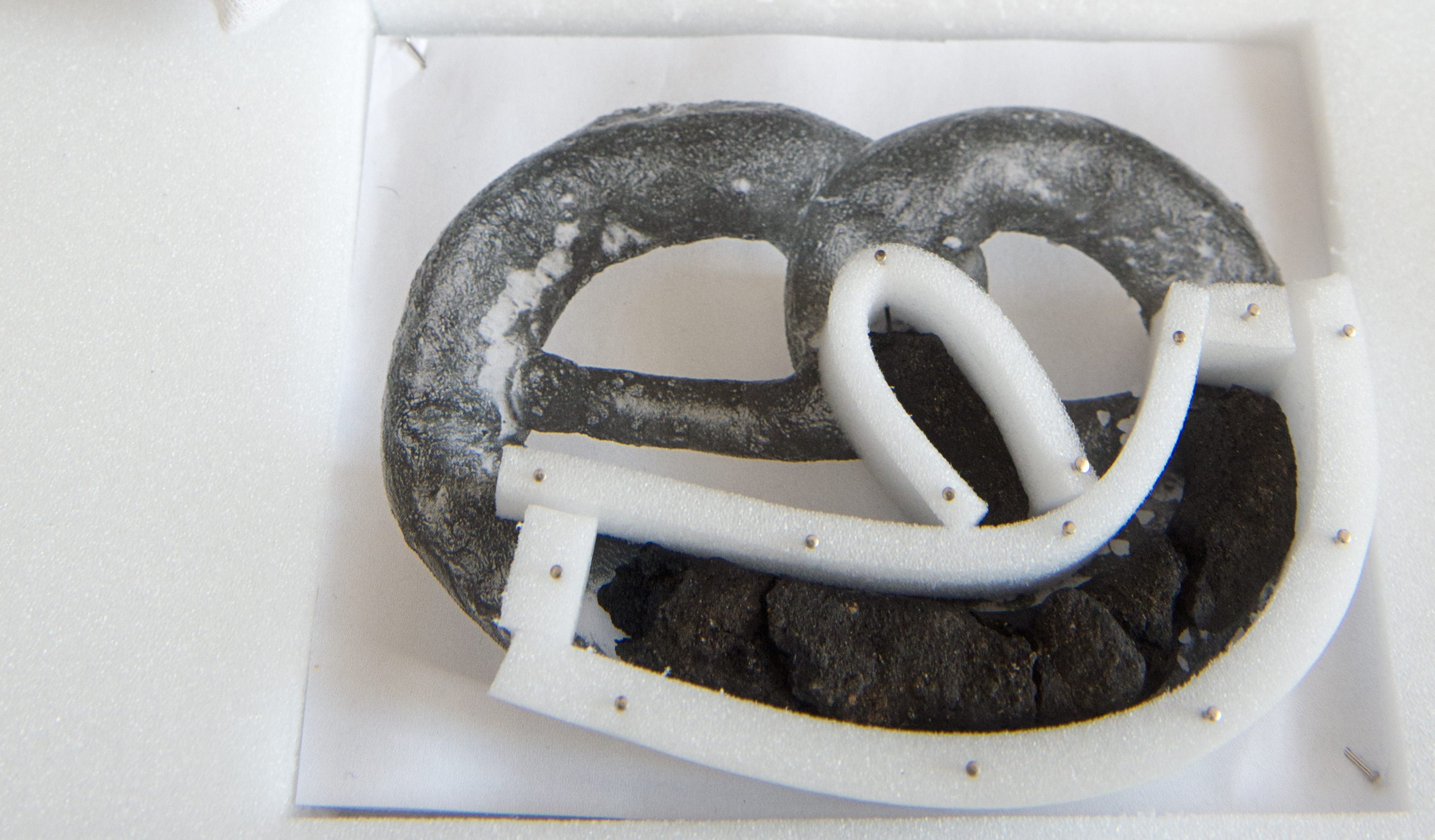 It's a good thing the baker overcooked them.

Archaeologists say two pretzels unearthed during a dig on the banks of the Danube in the German city of Regensburg could be more than 300 years old - and very similar to the doughy product available in the state's famous beer halls today.

The pretzels, along with three small cakes and a fragment of another pastry, were found as researchers were digging on the current location of the Museum of Bavarian History before it was built between 2012 and 2014.

For generations, the site had been a bakery. And it appears these delicacies had been discarded because they were badly burned. But the positive result was that the charring kept them preserved for centuries.

"Imagine how the baker angrily threw away the charred pretzels and rolls, not realizing that they now provide significant insights into the past," said Mathias Pfeil, head of the Bavarian Office for Historical Conservation.

Dorothee Ott, spokeswoman for the office, said Thursday the pretzel fragments went on display this week at the Regensburg Historical Museum.

How do the pretzels of the 18th Century compare to today's? Taking into account about 15 percent shrinkage, Ott says, "It's a normal pretzel, maybe a little smaller than today."

Perhaps it would go well with this recently discovered 170-year-old beer.

Numerous others were wounded. Police say it appears the gunman took his own life.