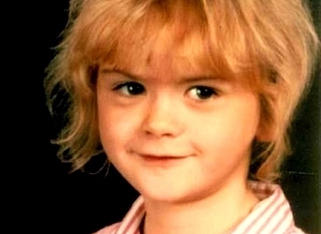 FORT WAYNE, Ind. -- Police have arrested a man in the 1988 slaying of an 8-year-old Indiana girl. Authorities say John Miller of Grabill agreed to speak with police Sunday in Fort Wayne and made incriminating statements about abducting, assaulting and killing April Tinsley.

An affidavit released by the Allen County prosecutor says investigators have DNA evidence linking Miller to the girl. A recent search of Miller's trash helped police make a DNA match.

Miller, 59, was arrested on preliminary murder, child molesting and criminal confinement charges in Tinsley's death. A judge gave prosecutors until Thursday to formally charge him.

Miller was being held without bond. It wasn't clear if he has a lawyer who could speak on his behalf.

According to the affidavit, Miller's DNA was matched to DNA recovered from Tinsley's underwear in 1988, CBS affiliate WANE reports.

Tinsley was abducted as she walked to a friend's home to pick up an umbrella, the station reports.

Tinsley's body was found in a ditch, about 20 miles from her Fort Wayne neighborhood, three days after she disappeared in April 1988. The first-grader's body was found by a jogger, WANE reports.

Police say the alleged killer continued to torment the residents of Fort Wayne years after the crime. He surfaced several times, police say, posting notes about his involvement with the Tinsley slaying, and handing others to local children.