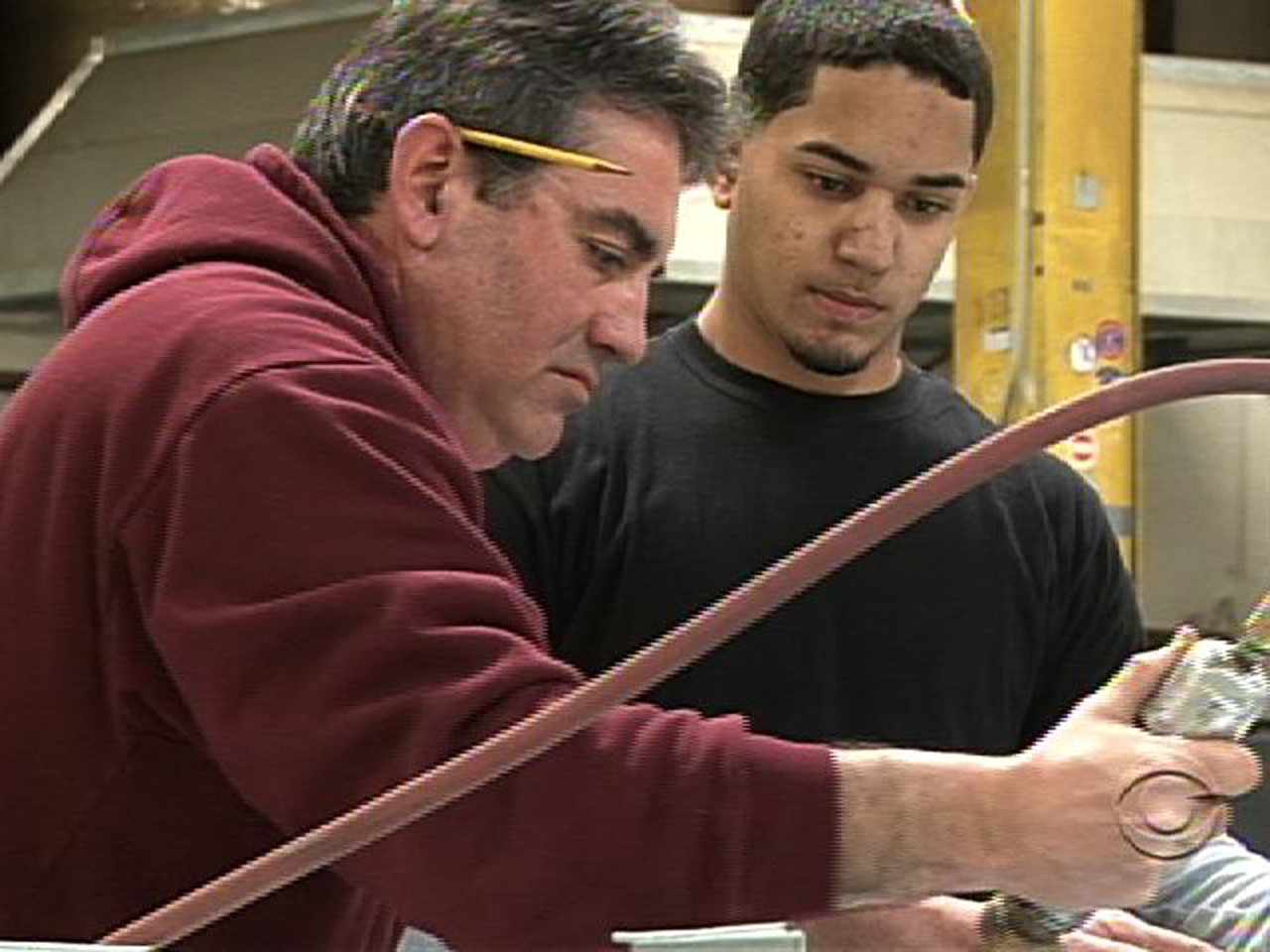 (CBS News) There are 1.7 million Americans graduating from college this spring, and not only do many have challenging job prospects, but two-thirds will leave school with debt.

Alfred Santana, 18, grew up in South Boston's housing projects and couldn't afford college, but he has no regrets.

Santana is one of nearly 400,000 apprentices in trades throughout the United States. He works at a sheet metal shop outside Boston.

"Roughly when I get out of my apprenticeship time as a fifth year, I'll be making 50-, 60-grand," Santana said.

When he's done, Santana will only be 22, around the same age as a college graduate.

"It's also nice not to have student loans," Santana said.

Apprentices - like those at Boston's Sheet Metal Workers Union Local Seventeen training center - spend 200 hours in the classroom and 1,800 hours per year working for local companies. It takes five years. They get annual pay raises and the union pays for the training, so it doesn't cost them a penny.

Mike Burns used to work as a chef, but he switched careers to get more security for his family.

"You can make a great middle class living and provide for your family and have a nice house doing an apprenticeship program," Burns said.

Kevin Gill, who owns a sheet metal shop near Boston, said: "The apprentices are extremely important to us. They're the absolute future of our company."

"I'd say about 30 years old, I'll be getting a car, a house and a bunch of other stuff," Santana said.

Santana expects to have no debt when he completes his training. The average college student graduates owing more than $25,000.