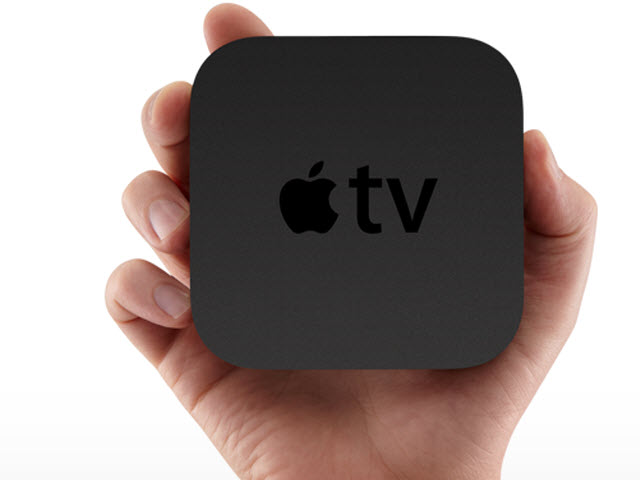 If successful, such a move could prove an enormous opportunity for the electronics giant. But Apple faces a major obstacle -- persuading TV providers to give a prime spot in people's living room to a potentially powerful new competitor.

Apple has been testing the TV business as a possible new avenue of growth for years. It makes sense. The company has already conquered the portable music player market, set the agenda for modern smartphones, and started a consumer craze for tablets. In each of these arenas, Apple combined well-designed devices with its own infrastructure to deliver entertainment content. TV would be a natural market for that strategy.

Is Apple TV a diversion?
Apple TV faces many challengesSecret's out: Apple iPhone sales are sliding

The late Steve Jobs, Apple's co-founder, told biographer Walter Isaacson that he had finally "cracked" how to build an integrated TV set that would synchronize with other devices and the emerging online storage "cloud." That would provide a level of convenience and functionality lacking in other set-top boxes. But to enter the market, Apple needs access to content held by several layers of gatekeepers: producers, studios and carriers.

A recently granted patent uncovered by the blog Patently Apple indicates that the company's Apple TV product was designed to work with cable programming:

The patent figures clearly show ABC, Fox channels and so forth. Apple TV was and/or is to be able to record TV shows. Advanced Set-top-Box features for Apple TV would be a welcomed addition to the current iteration of Apple TV, one being it could act as a high-end PVR. Just recently Apple added access to Hulu (in the US only), which illustrates that Apple TV continues to be a mystery project in progress.

Design alone is not enough. Cable companies will be concerned that Apple could gain control over the relationship with consumers and then establish themselves as suppliers of direct programming. Apple TV already integrates some Internet-delivered video programming with what cable providers supply. In the past, Apple wanted to directly license content.

Even if Apple could talk major cable providers into deals, it could still face resistance from the studios that control the distribution of programming. Pay TV carriers pay for bundles of programming, while Apple would likely want unbundled choices. That would be convenient for consumers and save them money. The studios would make less as a result, because people could choose only the program they wanted to pay for.

Furthermore, the studios or their parent corporations often own major music labels. The loss of control is something they've already experienced and are unlikely to welcome in again in the TV business.