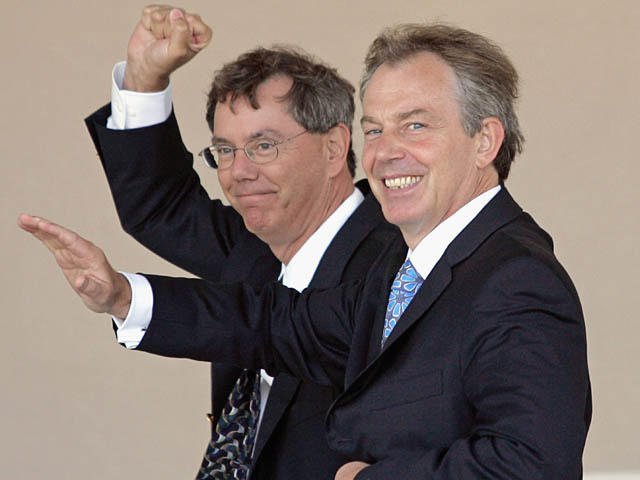 NEW YORK - Apple has named Arthur Levinson as chairman of the board.

Levinson, who has been the chairman of Genentech since 1999, replaces Steve Jobs, who died last month. He has been co-lead director on Apple's board since 2005. He joined the board in 2000.

Along with announcement, which was made Tuesday, Apple also tapped Disney's Robert Iger as a director.

In the absence of its legendary co-founder, Apple was keen to still any concerns about a vacuum at the top and the appointments of two corporate heavyweights should go a long way toward alleviating that concern.

Levinson joined Genentech as a research scientist in 1980, and served as the company's CEO between 1995 and 2009. He has authored or co-authored over 80 scientific articles. He also holds 11 United States patents.

"I am honored to be named chairman of Apple's board and welcome Bob to our team," Levinson said in a statement. "Apple is always focused on out-innovating itself through the delivery of truly innovative products that simplify and improve our lives, and that is something I am very proud to be a part of."

For his part, CEO Tim Cook noted that Levinson was Apple's longest serving co-lead director, adding that "his insight and leadership are incredibly valuable to Apple, our employees and our shareholders."

Iger is also well known around the corporate corridors at Cupertino. After taking the reins at Disney in 2005, Iger repaired frayed relations between Jobs and Disney, first by making ABC shows available on iTunes, and then by leading Disney's acquisition of computer animated movie studio Pixar for $7.4 billion. The Pixar deal made Jobs Disney's largest shareholder.