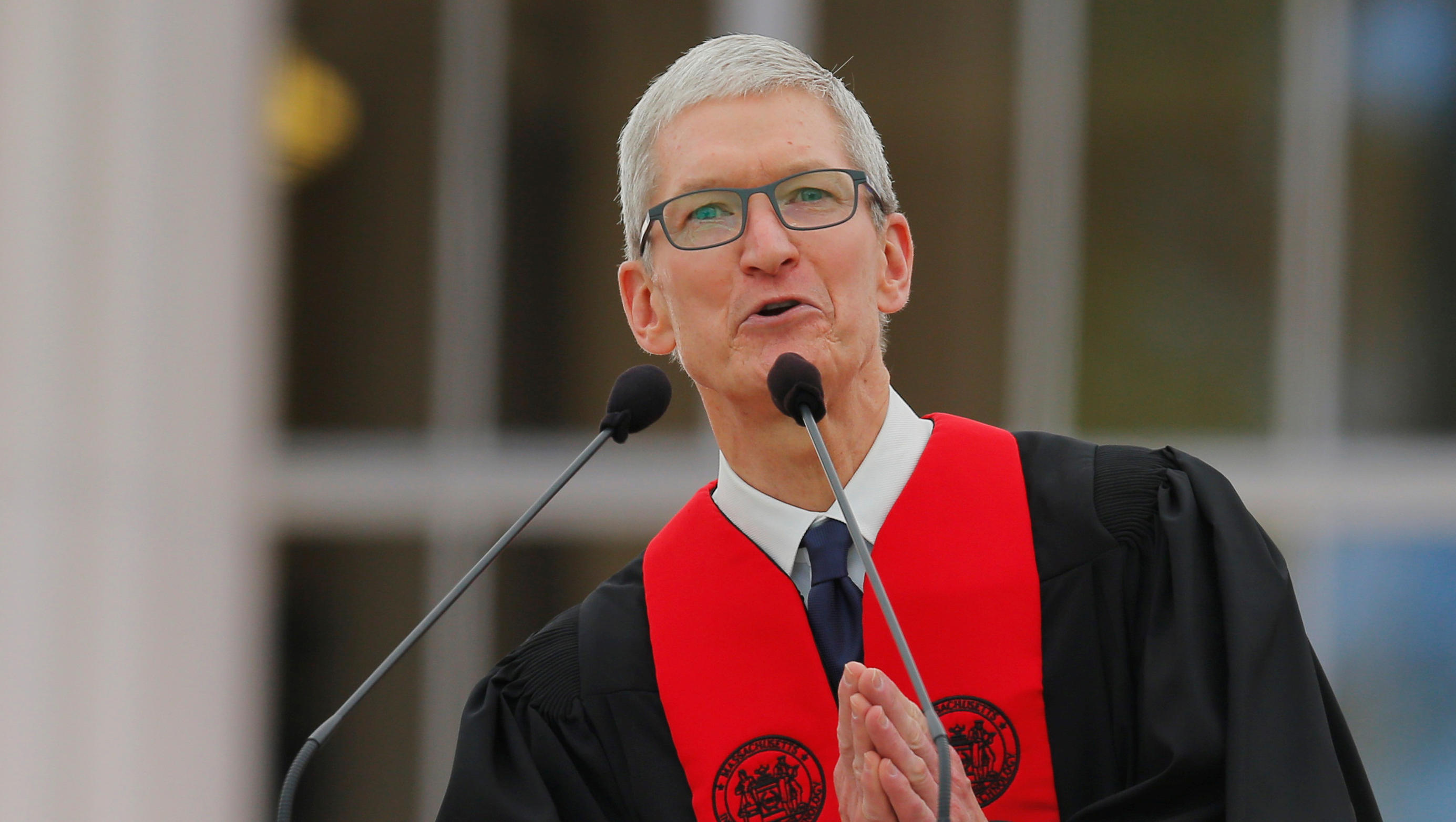 CAMBRIDGE, Mass. — Apple CEO Tim Cook is urging graduates of the Massachusetts Institute of Technology not to forget humanity and compassion in scientific pursuits.

In his commencement address Friday, Cook told MIT grads and their families that technology without basic human values is worthless.

"Technology today is integral to almost all aspects of our lives and most of the time it's a force for good and yet the potential adverse consequences are spreading faster and cutting deeper than ever before," Cook said. "Threats to our security, threats to our privacy, fake news and social media that becomes anti-social. Sometimes the very technology that is meant to connect us, divides us."

Alluding to some of the controversies that have dogged the tech world in recent years, he said, "The internet has enabled so much and empowered so many. But it can also be a place where basic rules of decency are suspended and pettiness and negativity thrive. Don't let that noise knock you of course. Don't get caught in the trivial aspects of life. Don't listen to trolls and for God's sake don't become one."

Cook highlighted ways Apple aims to make products that help people, such as iPhone technology that helps the blind run marathons or an iPad that helps an autistic child connect with the world around them.

He said: "Whatever we do at Apple, we must infuse it with the humanity that we are born with."

Cook also spoke up in defense of the tech industry's growing commitment to developing artificial intelligence (AI) capabilities. While some leaders in the field, including physicist Stephen Hawking and Tesla and SpaceX CEO Elon Musk, have warned about the potential risks of AI, Cook says he's not too concerned.

"I'm not worried about artificial intelligence, giving computers the ability to think like humans. I'm more concerned about people thinking like computers, without values or compassion, without concern for common man," he told the MIT grads.

Cook has been chief executive at Apple since 2011, taking over just a few months before the death of legendary Apple co-founder Steve Jobs. As CEO, he's overseen the rollout of the iPhone 7, Apple Watch and smart home technology like the HomePod speaker. Cook previously served as the company's chief operating officer and headed the Macintosh division.

Cook has been vocal in pushing for bolder policies on global warming: he was among many private sector leaders to lobby the White House stick to the Paris Agreement on climate change, a landmark accord to reduce carbon emissions that was signed by 195 nations. The president pulled out anyway, drawing blowback from some prominent tech leaders.

"I think he decided wrong, I think it's not good," Cook said Monday of the president's decision. "It's not in the best interest of the United States."