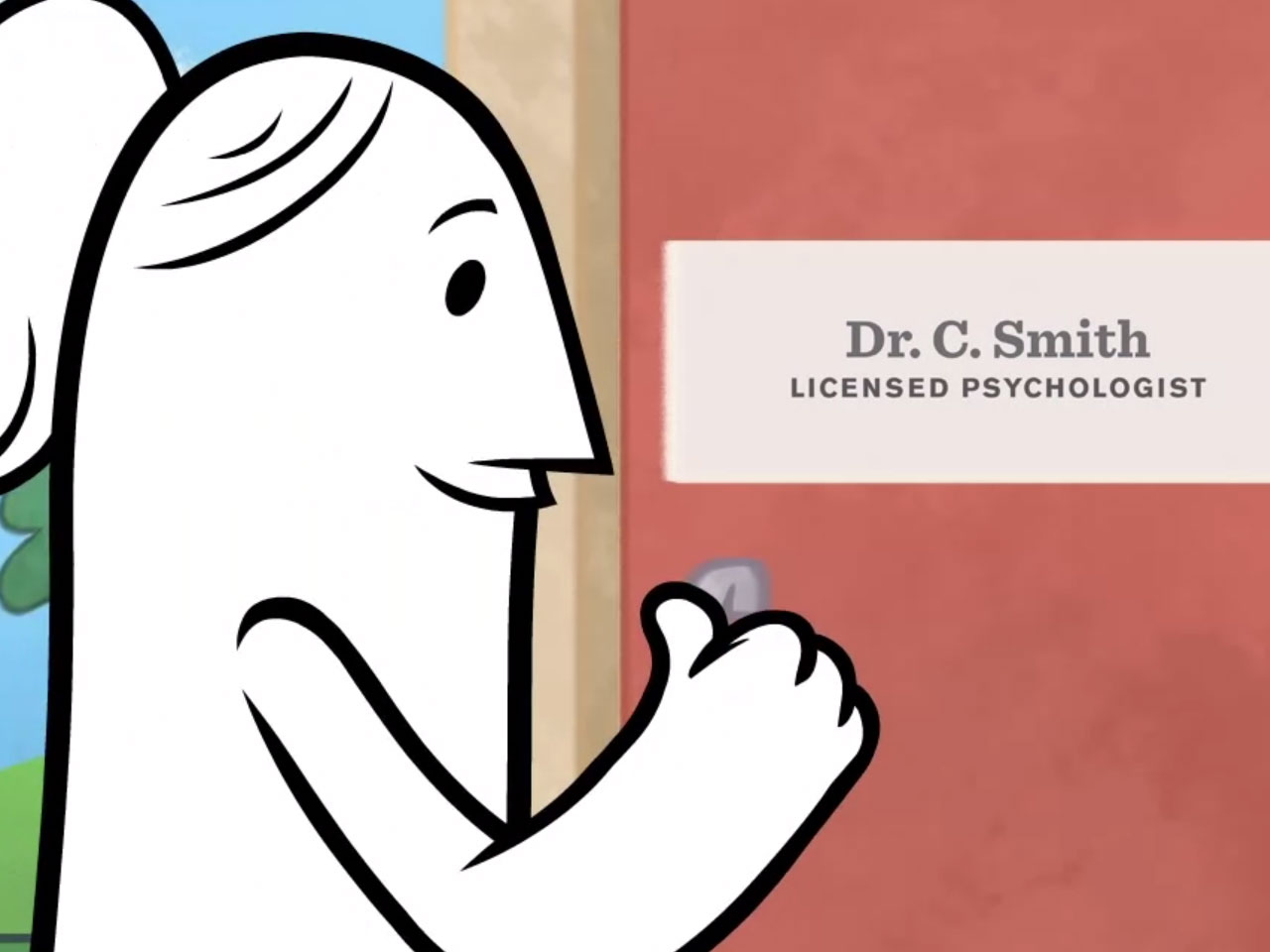 (CBS News) About 1 out of 10 Americans report having depression, according to the Centers for Disease Control and Prevention. While prescription medication is one way to treat the symptoms, the American Psychological Association (APA) is urging people in new videos to consider an alternative form of treatment first, psychotherapy.

"By arming people with information, APA is encouraging those with symptoms of depression or anxiety to ask their primary-care practitioners about psychotherapy as a first course of treatment," Dr. Katherine Nordal, executive director for professional practice at the American Psychological Association, told CBSNews.com by email. "We want Americans to know that when it comes to treating depression and anxiety, they have choices about treatment, and psychotherapy is one of them."

The National Institutes of Health calls depression one of the top 10 chronic health problems in the United States, affecting more than 14 million people. The National Healthcare Quality Report reported that mental health problems accounted for 156 million visits to the doctors' offices, clinics and hospital outpatient departments in 2005.

Consumer Reports notes that U.S. doctors prescribed $9.9 billion worth of antidepressants in 2009, a 3 percent increase from 2008. And according to the CDC, one-third of Americans taking one antidepressant medication and less than one-half of those taking multiple antidepressants have seen a mental health professional in the past year.

In order to promote psychotherapy as a viable treatment option, the APA has started a campaign to raise awareness. Part of the campaign includes two videos that parody television commercials for antidepressants.

"Our message is in cases of mild to moderate depression, psychotherapy has been shown to be effective and give people some tools on how to deal with their depression," Luana Bossolo, APA assistant director for public relations, said to CBSNews.com.

Bossolo said that pharmaceutical companies spend $4.2 billion on advertising, and the APA just wants to balance the trend and show people that they may have other options.

"In some cases, medication is appropriate, but what we're trying to do is arm people with information," she added.

Nordal added on the APA blog "Your Mind Your Body" that psychotherapy helps people work through their problems, and is a safe and secure way to help deal with depression.

"Psychotherapy provides a safe and effective treatment with enduring effects that can result in improved mood, increased energy, better job performance, more satisfying relationships, and enhanced functioning in other areas of life that are negatively impacted by depression," she said.