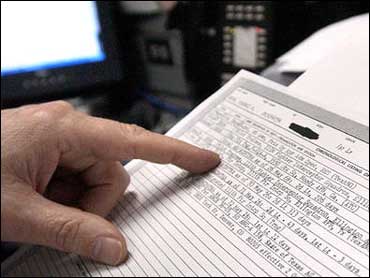 President Barack Obama is promising to reinvigorate the Freedom of Information Act by opening more of the government's filing cabinets without a fight. It can't happen soon enough for the people awaiting replies to more than 150,000 requests for information.

Behind the headlines, The Associated Press wrestles with bizarre administrative hurdles and jaw-dropping contradictions trying to use the law; some recent ones are described below.

Mr. Obama has begun to deliver, but there are conflicting signs about how far he will go.

On his first day as president, Mr. Obama told all federal agencies to adopt a presumption of disclosure - reversing the Bush administration policy of defending any legitimate excuse to withhold information.

This month, the Justice Department released nine legal opinions the Bush administration had used to justify its tactics in fighting terrorism but had withheld from the public. The papers showed that lawyers for the Bush administration once argued U.S. troops could pursue terrorists inside this country without obeying the Fourth Amendment ban on unreasonable searches.

But three dozen more Bush-era legal memos about anti-terrorism tactics are still kept secret, the subjects of lawsuits by private organizations trying to obtain them. The memos include the justification for wiretapping Americans in this country without court approval.

The Justice Department is writing new guidelines to flesh out President Obama's policy. One key question: How far will the new administration go in reconsidering the Bush administration's refusal to release documents? In a few pending suits so far, the Justice Department under Mr. Obama has opposed or rejected delays to give it time to do just that.

The act has required the government keep secret records that might harm national security, disclose the identity of law enforcement informants, compromise a criminal investigation or reveal trade secrets of corporations. There's no opposition to those exemptions, but people argue over how they are applied.

The act also gives agencies discretion to withhold other materials, including records about internal policies the agency considers trivial or working papers written before a final decision is made. It requires agencies to balance the public interest in disclosing some documents against the privacy rights of individuals who might be named in the documents.

As the world's largest news organization, the AP files hundreds of requests for government records each year. The documents it collected from the federal or state governments helped its reporting on: