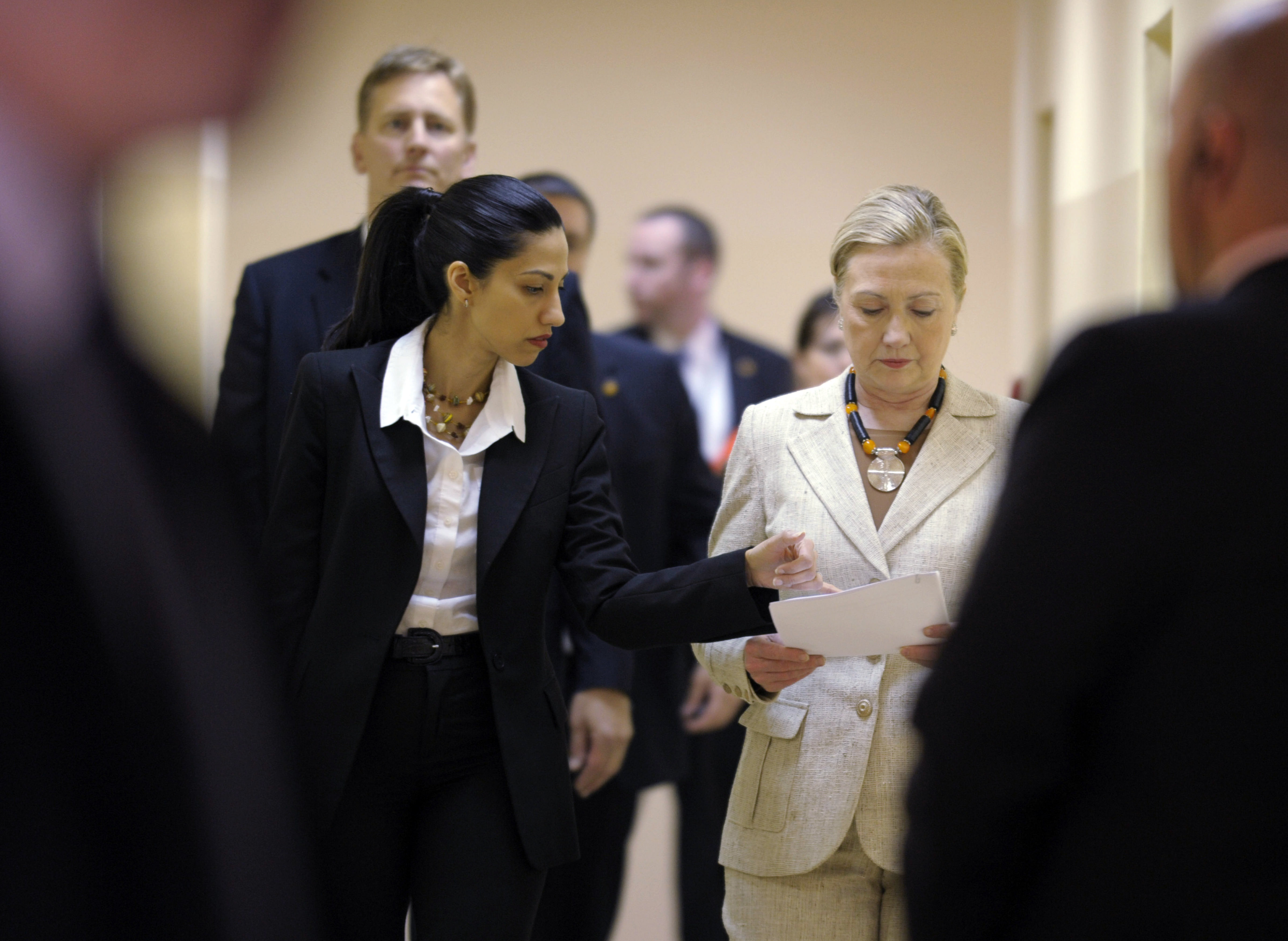 WASHINGTON -- The FBI has interviewed Huma Abedin, a close aide to Hillary Clinton, as part of a federal investigation into Clinton's use of a private email server as secretary of state, An official familiar with the investigation told CBS News Friday.

The FBI and Justice Department have been investigating whether sensitive information that flowed through Clinton's email server was mishandled. Abedin was interviewed at the FBI's Washington field office last month.

Abedin was one of Clinton's closest aides during her tenure as the nation's top diplomat, serving as deputy chief of staff. It was not immediately clear whether other aides have been interviewed, or when or if Clinton herself might be questioned.

"From the start, Hillary Clinton has offered to answer any questions that would help the Justice Department complete its review, and we hope and expect that anyone else who is asked would do the same," Clinton campaign spokesman Brian Fallon said in a statement. "We are confident the review will conclude that nothing inappropriate took place."

It is not known how much longer the investigation will take. FBI Director James Comey has said there is no timetable for finishing the probe and it's being done thoroughly.

A Justice Department spokeswoman declined to comment Thursday, and a spokesman for the FBI did not return messages seeking comment.

On Wednesday, a federal judge in Washington said he may order Clinton, the Democratic presidential front-runner, to testify under oath about whether she used a private email server to evade public records disclosures.

The order from U.S. District Judge Emmet Sullivan granted a request from the conservative legal advocacy group Judicial Watch to question six current and former State Department staffers, including Abedin, about the creation and purpose of the email system.

Those interviews would be part of a civil case from Judicial Watch about whether the State Department conducted an adequate search of public records in response to a Freedom of Information Act request.

Clinton has acknowledged during the campaign that her home-based email setup was a mistake, but insists she never sent or received any documents that were marked classified at the time.

She has dismissed the idea that she could face legal trouble over the use of the server, responding to a debate question in March about the prospect of a federal indictment by saying, "It's not going to happen."