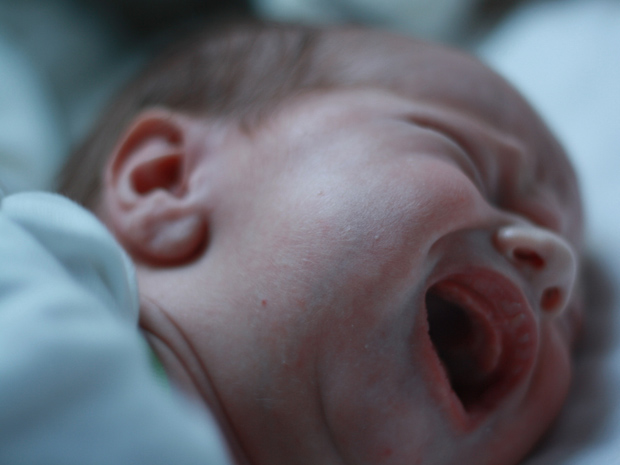 Ear infections are the most common childhood infections, affecting three out of four kids by the time they are three years old.

Fearing antibiotic overuse and resistance, the American Academy of Pediatrics has released a new set of guidelines on how to treat the common ailment. They hope this will clarify for doctors and parents when a child needs immediate antibiotics or when they should wait.

Ear infections, or acute otitis media, occur when the tubes inside the ear -- called the eustachian tubes -- get filled with fluids and mucus because a bacterial or viral infection causes inflammation of the middle ear. This causes significant pain and may also lead to a fever. Children are more prone to ear infections, in part, because their eustachian tubes are narrower, making them more difficult to drain, according to the Mayo Clinic.

Because they're so common, many kids are often treated with antibiotics as a first-line defense. Ear infections are the most common condition for which antibiotics are prescribed to U.S. children, according to the researchers.

"There are dozens of reasons an ear can hurt," guidelines co-author Dr. Richard M. Rosenfeld, a professor and chairman of otolaryngology at SUNY Downstate Medical Center in Brooklyn, said to NPR. "In this guideline we say, 'Listen, if you're not sure of the diagnosis, don't even think about giving an antibiotic. Please, don't even think about it.'"

Academy researchers reviewed previous studies on ear infections to come up with the new treatment guidelines for kids ages 6 months through 12 years old. They are an a revision to 2004 treatment guidelines. Despite significant publicity, the study authors noted that studies have shown that doctors were hesitant to follow the 2004 recommendations, and antibiotic prescribing rates went largely unaffected in the years that following their release.

First and foremost, the new guidelines urge pediatricians to only diagnose an ear infection in children who come to the doctor with moderate to severe bulging of the eardrum. Kids who experience mild bulging and recent pain (within 48 hours) who are showing other signs of an ear infection may also be diagnosed.

Signs of an early infection at a young age -- before a child can talk -- may include tugging at the ears, crying more than usual, ear drainage, difficulty sleeping and balance and hearing problems.

If pain is present, the new guidelines suggest the clinician should recommend pain relievers at first. Antibotics like amoxicillin should only be given to kids diagnosed with an ear infection who are showing severe symptoms -- such as pain and swelling -- for at least 48 hours or those who have a fever higher than 102.2 degrees Fahrenheit. Kids with an eardrum rupture should also be given immediate antibiotics.

For others who do not have the mentioned symptoms, the academy recommended doctors consider alternative diagnoses, with a mechanism in place where the child can get antibiotics if the he or she fails to improve within 48 to 72 hours. This includes children under 2 years old, who had previously been recommended to receive antibiotics regardless. Kids who experience frequent ear infections should not be prescribed antibiotics preventively, the authors added.

The guidelines also tout the importance of avoiding tobacco exposure, mothers breast-feeding exclusively for at least the first six months of a child's life and getting the influenza vaccine each year in order to prevent ear infections.

"Studies show that anything that decreases viral infection will decrease the incidence of [ear infections]," guidelines lead author Dr. Allan Lieberthal, a clinical professor of pediatrics at the Keck School of Medicine at USC, told HealthDay.

Rosenfeld told NPR that about 70 percent of kids get better on their own within two or three days, and giving antibiotics when they aren't necessary can lead to the development of superbugs over time.

"The bacteria that do survive the antibiotic get tough, and next time you get an ear infection or any other type of infection, they're harder to manage," he said.

The new guidelines were published Feb. 25 in Pediatrics and are available online.

The National Institute on Deafness and Other Communication Disorders has more information on ear infections.