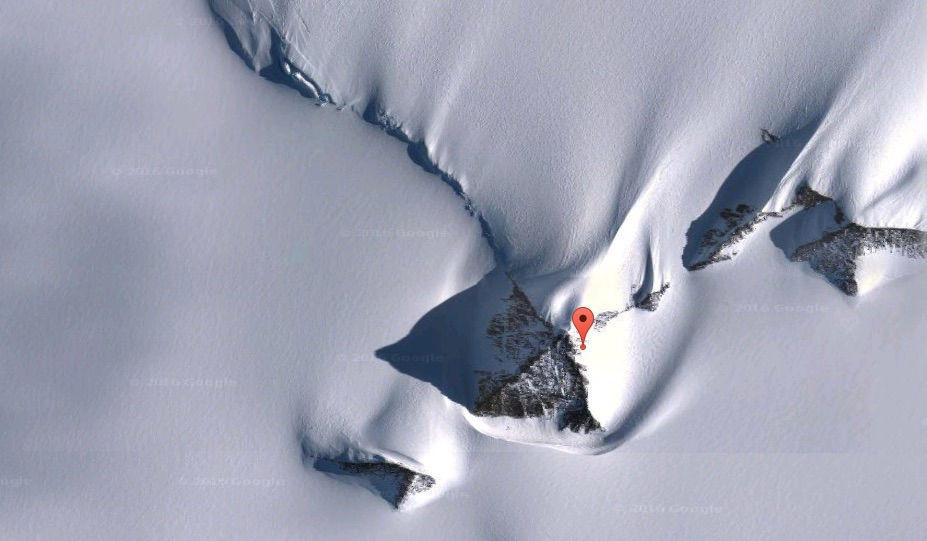 An Antarctic mountain with a unique, pyramid-like shape is suddenly internet-famous, with countless theorists contemplating its origin. Some are wondering whether an ancient civilization created the rocky, pyramidal structure, and others are pointing toward outer space, speculating about the involvement of aliens.

But Occam’s razor — the idea that the simplest explanation is usually the right one — points to a far more mundane cause: Those steep, pyramid-like sides are likely the work of hundreds of millions of years of erosion, experts told Live Science.

“This is just a mountain that looks like a pyramid,” Eric Rignot, a professor of Earth system science at the University of California, Irvine, told Live Science in an email. “Pyramid shapes are not impossible — many peaks partially look like pyramids, but they only have one to two faces like that, rarely four.” [Photos: The World’s Weirdest Geological Formations]

The pyramidal mountain, which doesn’t have a formal name, is one of the many peaks that make up Antarctica’s Ellsworth Mountains, which were discovered by the American aviator Lincoln Ellsworth during a flight on Nov. 23, 1935, according to a 2007 research paper that was published by the U.S. Geological Survey (USGS).

More specifically, the unnamed mountain — located at 79°58’39.25”S 81°57’32.21”W — is in the southern part of the Ellsworth Mountains in an area called Heritage Range, which is known for its extraordinary fossils, including those of Cambrian-period trilobites from more than 500 million years ago, according to a 1972 USGS report.

The mountain isn’t that tall by planetary standards — just 4,150 feet — or a little less than one-fifth the height of Denali, the tallest mountain in North America, according to Google Earth. The mountain may not have Denali’s height, but its unique pyramidal shape sets it apart, said Mauri Pelto, a professor of environmental science at Nichols College in Dudley, Massachusetts.

Freeze-thaw erosion likely led to its pyramid-like shape, Pelto said. This happens when snow or water fills up cracks within a mountain during the day. When night falls and temperatures drop, the snow freezes and expands, turning into ice. The expanding ice causes the cracks to grow, Pelto said.

This freeze-thaw erosion happens countless times, leading to the creation of larger cracks that can, eventually, cause entire rock sections to break off, he said. These forces likely also shaped other pyramidal mountains, including the Matterhorn in the Alps, he said.

Three of the mountain’s four sides appear to have eroded at about the same rate. “It suggests, since it came out so evenly, that the rock type is fairly uniform,” Pelto said. “You don’t have any rock layers that are harder to erode.”

In other words, the nameless mountain is likely “all in one rock layer,” Pelto said. “It’s not a very big mountain, so it’s not that surprising.”

However, the eastern ridge of the mountain is decidedly the black sheep of the family. Instead of descending downward like the other ridges, that fourth side extends east, rising toward even higher terrain, Pelto said.

“The erosion probably wasn’t as uniform [on the eastern side],” he said.

Pelto added that although some news outlets are saying that the mountain is newly discovered, that’s very unlikely to be the case. There’s a research base for climate scientists to the south of the mountain in an area known as the Patriot Hills.

“You can actually probably see this mountain from up there in the Patriot Hills,” Pelto said.

As for the conspiracy theorists who are wondering about the mountain’s pyramidal shape, “at least they’re thinking about something,” he said. “In the end, maybe they’ll learn something in the process.”