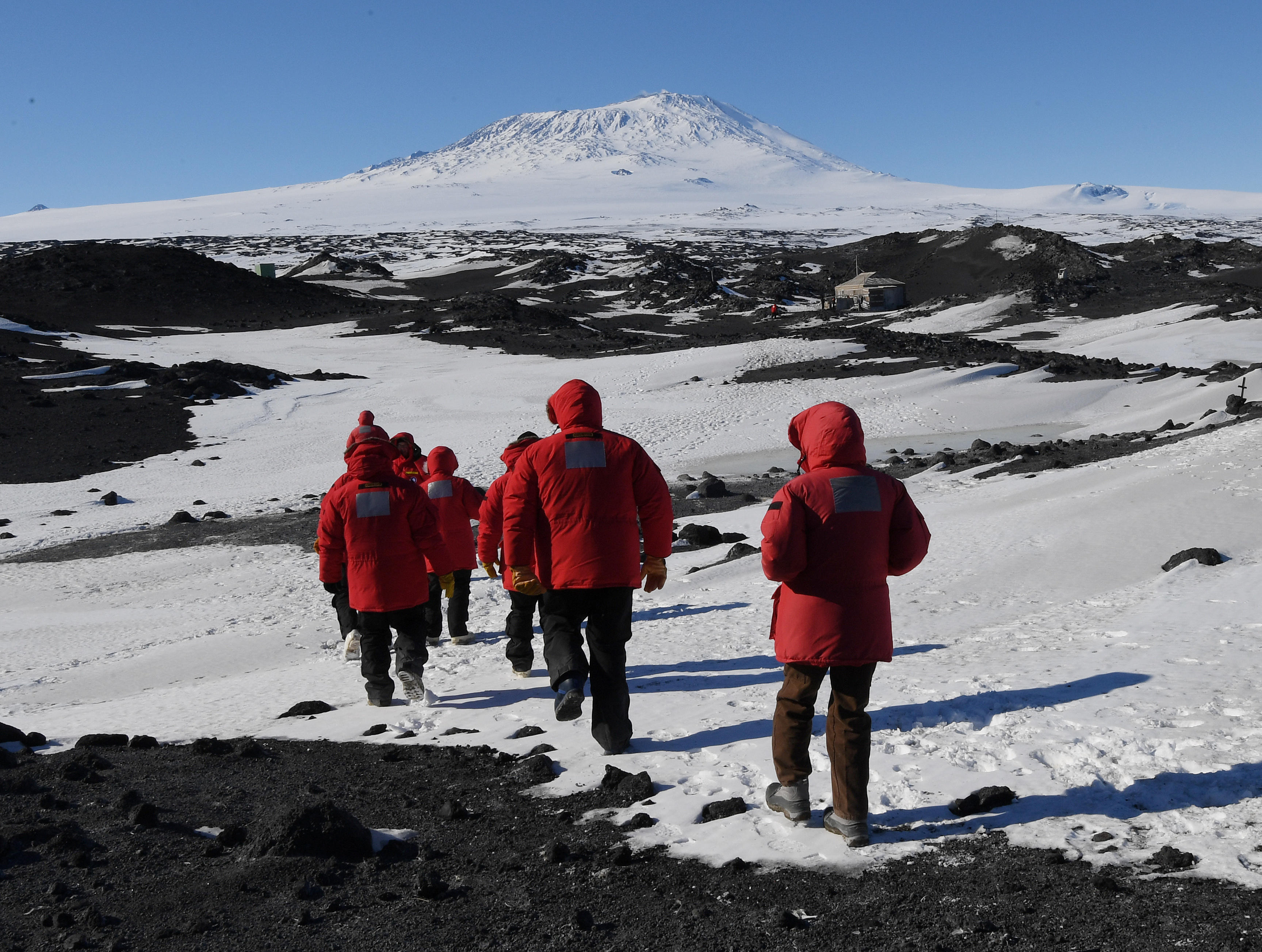 MCMURDO STATION, Antarctica — U.S. Secretary of State John Kerry became the highest-ranking American official to visit Antarctica on Friday when he landed for a two-day trip during which he’ll hear from scientists about the impact of climate change on the frozen continent.

Kerry left from New Zealand after being held up for about a day by bad weather. Kerry and his entourage left the Christchurch airport at 6 a.m. aboard a C-17 Globemaster military cargo plane and landed in Antarctica about 11 a.m.

Kerry, an experienced pilot, spent much of the flight in the cockpit of the huge jet, chatting with the pilots. After a smooth trip of about five hours, the group landed on the Pegasus Ice Runway, the strip of ice that serves McMurdo. The large base is the hub for U.S. operations.

Kerry made no public remarks on the initial leg of the trip. In Christchurch a day earlier, he congratulated President-elect Donald Trump for winning a “momentous election” and said he had reminded State Department staff of the “time-honored tradition of a very peaceful and constructive transfer of power.”

In Antarctica, Kerry’s plans called for his entourage to transfer immediately at the airstrip to a smaller military transport plane for a three-hour flight to the research station the U.S. government operates near the South Pole. Kerry planned to visit that station for about two hours before returning to McMurdo for the night.

Kerry’s aides described the trip as a learning opportunity for the secretary of state. He planned to receive briefings from scientists working to understand the effects of climate change on Antarctica. Kerry has made climate change an intensive focus of American diplomacy during his term, and had previously spent decades working on the issue as a U.S. senator.

However, that legacy could be less lasting than he might have hoped, if the Trump administration moves to pull out of the Paris Agreement on reducing emissions and climate change, which the U.S. and more than 100 other countries signed onto last year.

Kerry planned to return to New Zealand on Saturday for meetings with Prime Minister John Key. He plans to fly next week to the Middle East for talks, and then onward to a global climate conference in Morocco, where he will give a major speech.

Who will suffer the most as climate change fuels heat waves in India?
More