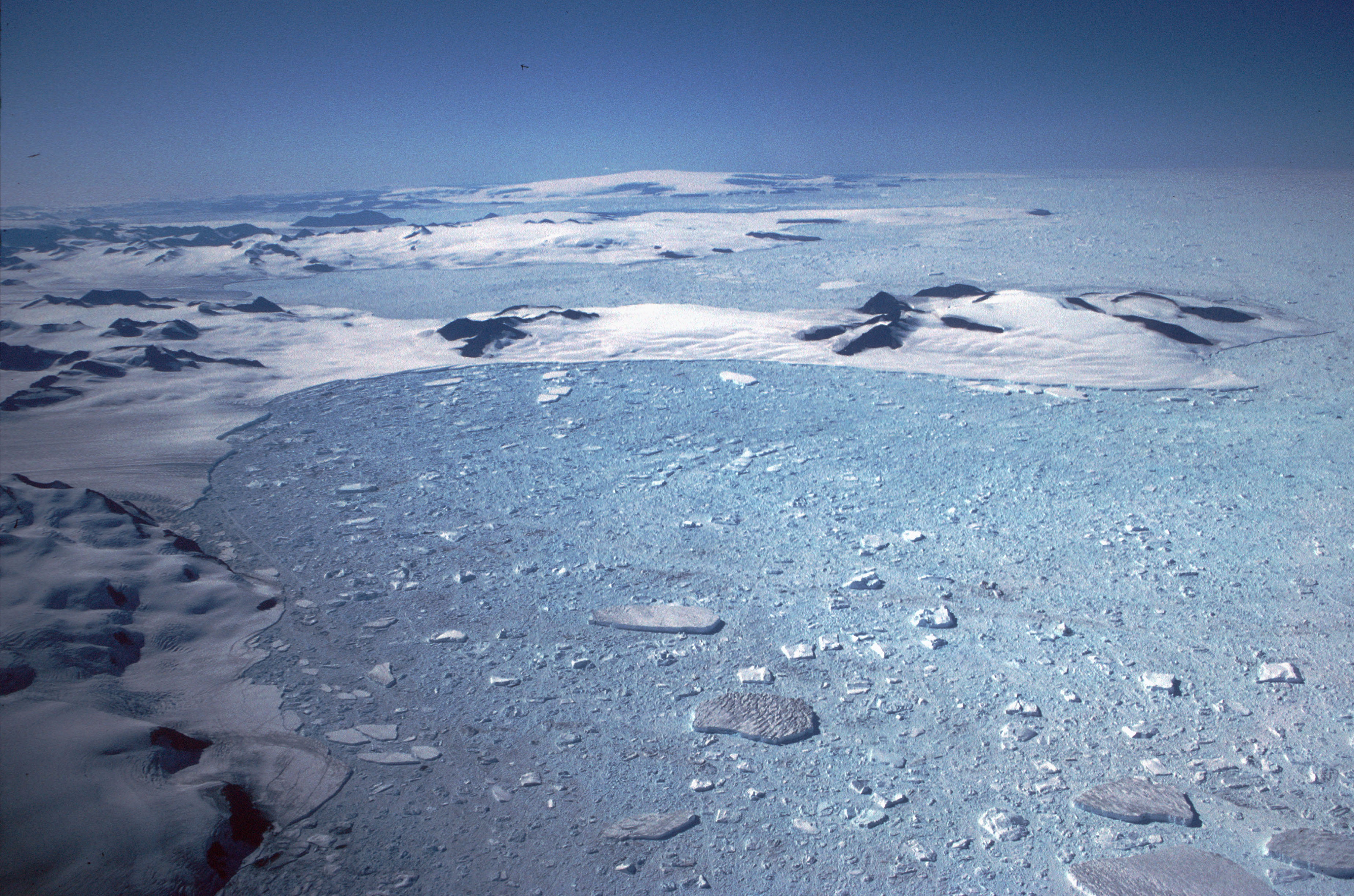 It's no secret that ice shelves in Antarctica are thinning, but scientists have for the past decade debated what was behind their demise.

Now, a study in the journal The Cryosphere concludes the Larsen C Ice Shelf - whose neighbors Larsen A and B, collapsed in 1995 and 2002 - is shrinking from both its surface and from beneath.

The findings would suggest that warming air temperatures and warmer ocean currents together could explain why the Antarctic Peninsula's floating ice shelves are losing volume and becoming more vulnerable to collapse.

The team, who continue to monitor the Larson C ice shelf, predict that a collapse could occur within a century, although maybe sooner and with little warning. A crack is forming in the ice, which could cause it to retreat back further than previously observed. The ice shelf also appears also to be detaching from a small island called Bawden Ice Rise at its northern edge.

Holland said the findings should help researchers better understand the connection between these melting ice sheets and sea level rise.

"If this vast ice shelf - which is over two and a half times the size of Wales and 10 times bigger than Larsen B - was to collapse, it would allow the tributary glaciers behind it to flow faster into the sea," he said. "This would then contribute to sea-level rise."

The research team combined satellite data and eight radar surveys captured during a 15-year period from 1998 to 2012. They found that Larsen C Ice Shelf lost an average of 4 meters of ice, and had lowered by an average of one meter at the surface.

The Antarctic Peninsula is one of the fastest warming regions on Earth, with a temperature rise of 2.5 degrees C over the last 50 years. The warming for the most part has been blamed on a rise in heat-trapping, greenhouse gas emissions from the burning of fossil fuels.

"When Larsen A and B were lost, the glaciers behind them accelerated and they are now contributing a significant fraction of the sea-level rise from the whole of Antarctica," David Vaughan, glaciologist and director of science at BAS, said. "Larsen C is bigger and if it were to be lost in the next few decades then it would actually add to the projections of sea-level rise by 2100."

The findings come just days after a study found that the world's seas were rising faster than previously thought - much of that blamed on melting ice entering the ocean from West Antarctica and Greenland.

In an analysis published in Nature Climate Change, researchers used satellite data combined with tidal gauge information and GPS measurements to overturn previous suggestions that rates had slowed in the past decade.

"We expect that sea-level rise around the world will be something in excess of 50 cm higher by 2100 than it is at present and that will cause problems for coastal and low-lying cities," Vaughan said. "Understanding and counting up these small contributions from Larsen C and all the glaciers around the world is very important if we are to project, with confidence, the rate of sea-level rise into the future."