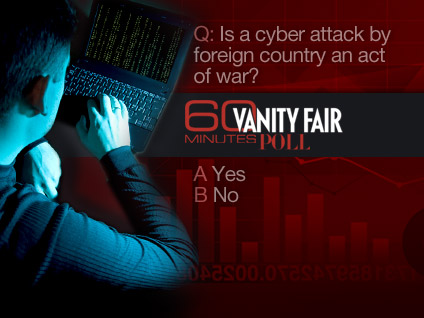 Civilian contractor Thomas Hamill's daring escape Sunday after three weeks as a hostage in Iraq has this tiny town of just 2,500 celebrating, saying prayers of thanksgiving, and planning a parade for when Hamill comes home.

In Macon, he's better known as Tommy - the guy they've been praying for non-stop since April 9th, when he was taken as a hostage in Iraq by rebels that attacked the fuel convoy he was in.

"Tommy is free!" one resident yelled early Sunday as she ran to wake her husband with the news.

Hamill, a driver for the Halliburton subsidiary KBR, escaped from a house south of Tikrit.

The good news reached Macon at about 5:50 a.m., when Kellie Hamill got a call telling her that her husband was free. He later called her himself, giving her what she says is "the best wakeup call I've ever had."

"He sounded wonderful, so wonderful. He said he was fine," said Kellie. "He said he was more worried about his mom, his grandmother, me and our kids. The first thing he said to me was, 'How are you doing?'"

Kellie Hamill said her husband told her he pried a door open at the house where he was being held after he heard a U.S. Army patrol nearby. "He said he ran half a mile down the road and got with the convoy. Isn't that something?" she said.

A U.S. military spokesman says Hamill identified himself and led the soldiers to the house, where two Iraqis with an automatic weapon were arrested on Sunday.

The military has said Hamill is in overall good health, but a gunshot wound to his left arm might be infected.

Husband and wife are to be reunited Monday at the U.S. military base in Landstuhl, Germany, where he will be admitted to the hospital.

Hamill's captors had threatened to kill him unless the United States lifted its siege on the city of Fallujah.

Kellie Hamill later went to church, where well-wishers greeted her with joyful hugs and tears.

"I don't think anyone in this group had given up," says Shirley Battle, a member of the choir at Calvary Baptist Church.

Thomas Hamill's father, Leo, said he fell asleep Saturday night while watching a television newscast and woke Sunday to church programming being interrupted by a bulletin reporting his son's escape.

"I knew when I saw him on TV, I knew it was him," the teary-eyed father said. "I hoped they would return him safe."

Promising to "grab and hug his neck" upon his son's return, Leo Hamill raised his hands skyward and proclaimed Sunday "a beautiful day."

Church deacon and Sunday school teacher John Gauntt, 36, said he was in bed when his wife ran down the hall yelling "Tommy is free!"

"We believe that everything works for the good for those that trust him," Gauntt said.

"I told him that I loved him," she said.

Kellie Hamill says their children are ecstatic and that Tori "is just bounding around the house. It's going wild here. It's calls, calls, calls and people at the door."

"It's great news for all Americans, and the president is happy for Mr. Hamill and family," said White House spokeswoman Erin Healy.

Hamill's 92-year-old grandmother, Vera Hamill, says he told her before he went to work in Iraq not to worry about him.

"I just want to thank everybody around the world who have been praying for him," she said. "Now I just hope those others can come home."