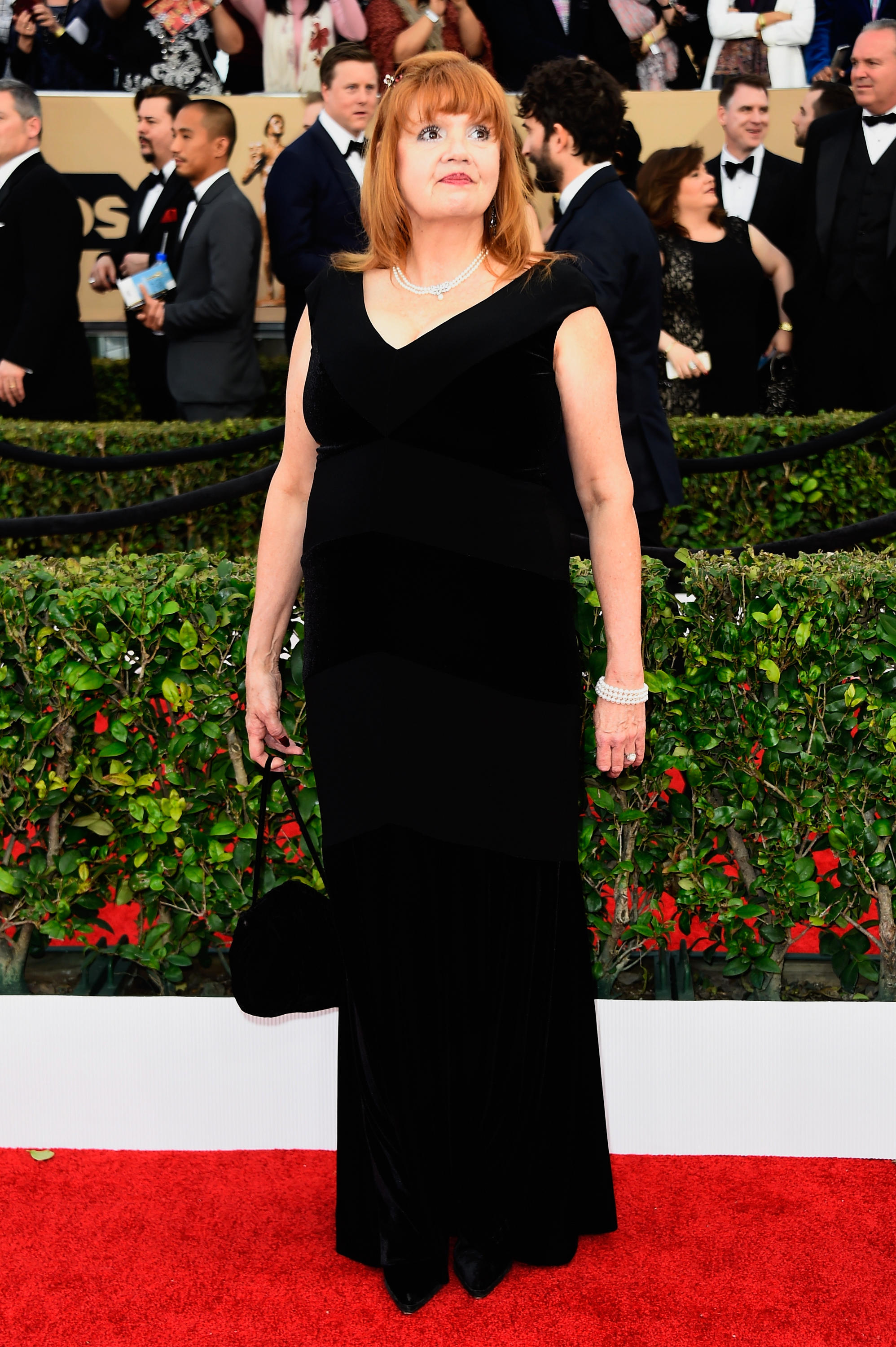 The inmates of Litchfield Penitentiary will enter the real world on Saturday as actors from “Orange is the New Black” join Rebuilding Together NYC and the Women’s Prison Association to help renovate the Sarah Powell Huntington house for formerly incarcerated and at-risk women and their children.

Annie Golden, who plays Norma on the hit series, and cast mates Lolita Foster, Catherine Curtin and Amanda Stephen will head to the East Village in New York on Saturday morning to lend a hand to the shelter. Golden talked to CBS News about what it’s like to play an almost completely silent character and that tragic season 4 finale.

You and a few other members of the cast of “Orange is the New Black” will be working with She Builds on Saturday with the Women’s Prison Association. Can you tell us more about the event?

It’s actually the second year that it’s had this event. The Sarah Powell Huntington house has partnered with the Women’s Prison Association to concentrate on facilities for women who are reentering life with their children at this house on the Lower East Side. They’re refurbishing and renovating it to make it more modern and conducive to women to have their children with them.

Why is this cause important to you?

I think I speak for the whole cast. When we all met on season 1 of “Orange” -- now we’re in our fifth season, praise God -- my charity was always children: St. Jude’s, Christian Children’s Fund, Operation Smile, Smile Train. But after we met Piper and became involved with “Orange is the New Black,” I knew our new charity and cause was incarcerated women trying to re-enter the daily life.

I think we’ve showed this on the series. Nobody really knows what it’s like to be institutionalized for so long and adapt yourself to it for however long and repatriate yourself and go back into society and try to function in some way with a conviction on your record and your children being angry with you, not knowing you, growing up while you were not there, so the cause is important because everybody needs all the help they can get … It’s just a very, very complex situation to be in, to have to go back into the mainstream with a couple strikes against you. It’s very, very challenging to change our life for the better and move forward.

Did your feelings toward incarcerated women change after working on the show?

Well my family are all biker people -- Harley people. They all ride Harleys and have tattoos. People don’t really know that if you go to a biker event or charity event or barbecue or fundraiser, nobody’s allowed to take pictures or anything because people there have pasts and possibly might have outstanding warrants. So I have that in my life in a very minute way, but there are so many other elements to it that you don’t recognize. You get sent away. Who takes care of your kids? Or who doesn’t bring your kids to visit you because it’s too far or they don’t want children to be exposed.

I peripherally did know the effect on families of being incarcerated and now I just know it in a  much more real sense. The Women’s Prison Association is one of my big charities now, so I do go to events. There’s also Greenhope up in Harlem, another resource for women who are either in recovery or both, they’re coming out of an incarcerated situation and they get to stay with their children.

What is it like to play a character, Norma, who hardly ever speaks?

At first it was intimidating and it was and is a sacred trust, but now judging on when I walk on the set and do events, Norma really resonates with a lot of the fans. I’m really happy about that because the world is so noisy today. Everybody is always talking, photographing themselves and posting and giving their opinion. Reality shows have kind of validated bad behavior in social situations. Everything’s so loud and anyone will tell you if they talk about their prison experience,  they will say, “The noise!” So the fact that Norma is silent is a real gift.

It’s really nice, actually, to be quiet in the midst of all the hubbub when you’re trying to set up a shot and I do have to tell you, when I do speak, people listen. When people are talking to each other and a director is giving an actor direction on set and they can’t hear, I’ll say, “Be quiet!” and when I speak, everybody goes, “Whoa.”

Uta Briesewitz was the first director I had, when I was shaving Red’s legs in my first episode in season 1. She gave me the courage and permission to be silent with presence and with a point of view and an opinion. She gave me the permission to be more Norma and that helped because she was directing me, saying, “You can do more. Listen harder. Information is valuable in prison. Let us know you’re making mental notes about what you’re hearing,” so it was wonderful to get direction that way.

Will we get to know a little more about why Norma’s so quiet? We already saw her back story with the hippie colony, but will we learn more?

What I love about Jenji [Kohan] and the writers is they reveal things and fans think, “Oh I know all about you.” Not necessarily. They’re really clever that way. They divulge but they don’t really reveal. They’re being clever about longevity and suspense and truths and half-truths and just leaking it a little and not really giving the whole thing away.

The season 4 finale was gut-wrenching for viewers. How was it for you as a cast member?

It was gut-wrenching for us, too, and we actually did say “no acting required” -- NAR -- because we got smacked. It’s like life and you never know what the consequences are going to be. We just kind of had to go with it and we had the brilliant Matthew Weiner directing the first half of that finale episode and Adam Bernstein took over for the second half -- the comforting and grieving process and revisiting Norma again with the “doesn’t speak but she sings pretty” bit.

I was so glad Jenji revisited it. That is Norma’s coping mechanism. That is what she brings to the table, to the party -- the soul searching and comforting and the voice of logic where we all know we lost our humanity here, but we can all revisit and hang onto it. It was gobsmacking for us and we all bonded through that.

Also, once the season drops, we pick up production again and then we wrap usually right before Thanksgiving, and we have to keep those secrets until the next season drops. We got really good at not revealing anything and being together socially and not saying anything, not giving up secrets.