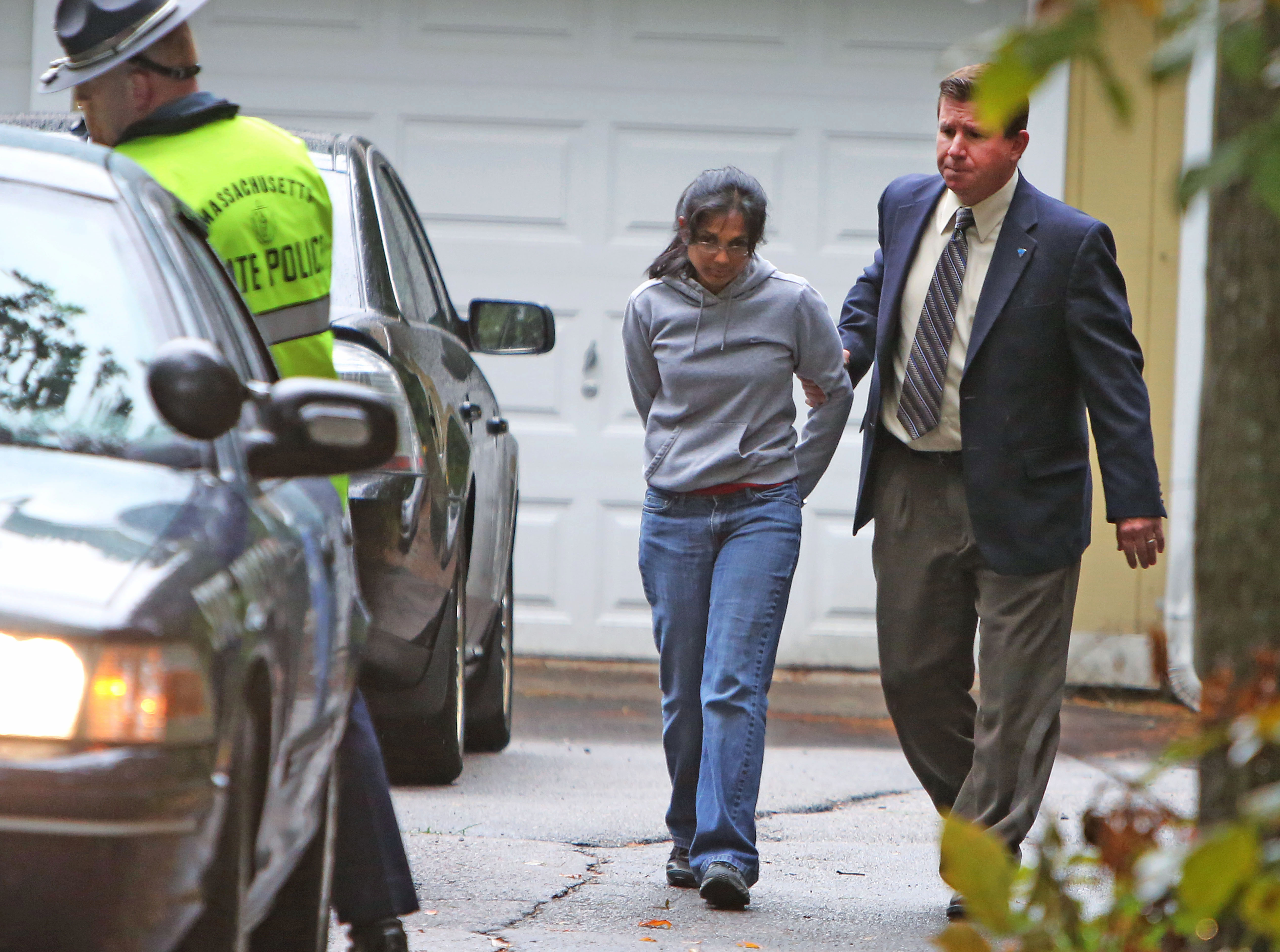 (CBS/AP) BOSTON - Police arrested Annie Dookhan on Friday for allegedly faking drug results, forging paperwork and mixing samples at a state police lab in a scandal that has lawyers scrambling to figure out how to handle the 1,140 inmates who were convicted using possibly tainted evidence.

Dookhan, 34, was arrested at her home in Franklin, about 40 miles southwest of Boston. She is scheduled to be arraigned in Boston Municipal Court on Friday afternoon.

Dookhan's alleged mishandling of drug samples prompted the shutdown of the Hinton State Laboratory Institute in Boston last month and resulted in the resignation of three officials, including the state's public health commissioner.

Police said Dookhan tested more than 60,000 drug samples involving 34,000 defendants during her nine years at the lab. Since the lab closed, more than a dozen drug defendants are back on the street while their attorneys challenge the charges based on Dookhan's misconduct.

Many more defendants are expected to be released. Authorities said 1,140 inmates are currently serving time in cases in which Dookhan was the primary or secondary chemist.

The two obstruction charges accuse Dookhan of lying about drug samples she analyzed at the lab in March 2011 for a Suffolk County case, and for testifying under oath in August 2010 that she had a master's degree in chemistry from the University of Massachusetts, Attorney General Martha Coakley said at a news conference Friday.

The only motive authorities have found so far is that Dookhan wanted to be seen as a good worker, the state attorney general said.

"Her actions totally turned the system on its head," Coakley said. She said Dookhan could face more charges as the investigation continues. "People absolutely deserve a system they can trust...We have to get to the bottom of this, and we will," Coakley said.

Dookhan's supervisors faced harsh criticism for not removing her from lab duties and for not alerting prosecutors and police after her co-workers raised their suspicions about her several years ago.

"I think that all of those who are accountable for the impact on individual cases need to be held accountable," Gov. Deval Patrick said Thursday.

Dookhan was the most productive chemist in the lab, routinely testing more than 500 samples a month, while others tested between 50 and 150. But one co-worker told state police he never saw Dookhan in front of a microscope. A lab employee saw Dookhan weighing drug samples without doing a balance check on her scale.

In 2010, a supervisor did an audit of Dookhan's paperwork, but didn't retest any of her samples. The audit found nothing wrong.

That same year, a chemist found seven instances where Dookhan incorrectly identified a drug sample as a certain narcotic when it was something else. He told state police he told himself it was an honest mistake.

In an interview with state police late last month, Dookhan allegedly admitted faking test results for two to three years. She told police she identified some drug samples as narcotics simply by looking at them instead of testing them, a process known as "dry labbing." She also said she forged the initials of colleagues and deliberately turned a negative sample into a positive for narcotics a few times.

She was eventually suspended from lab duties in June 2011 after getting caught forging a colleague's initials on paperwork. She resigned in March as the Department of Public Health investigated. The lab was run by the department until July 1, when state police took over as part of a state budget directive.

After the lab's shutdown, police asked a lab supervisor why Dookhan would take samples from an evidence room without logging them out. Elizabeth O'Brien told investigators that Dookhan was going through personal problems that included a miscarriage in 2009.

"Annie was going through personal problems, then court, and Melendez-Diaz was tough at first on her. In 2009 she had a miscarriage and other personal problems. Perhaps she was trying to be important, by being the `go-to person,' " O'Brien told state police.

Dookhan said she just wanted to get the work done and never meant to hurt anyone.

"I screwed up big-time," she is quoted as saying in a state police report. "I messed up bad; it's my fault. I don't want the lab to get in trouble."