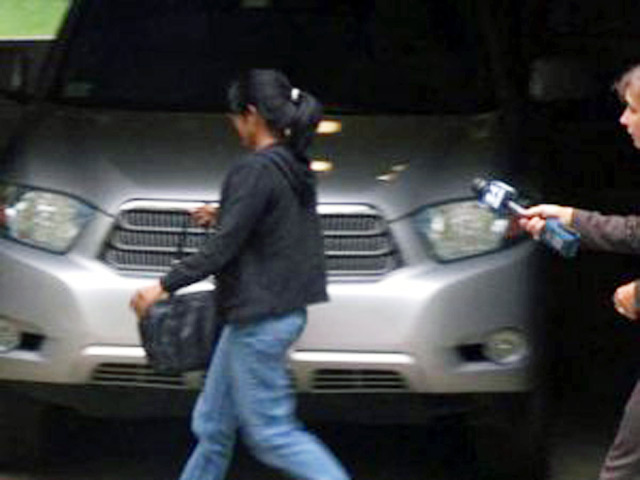 David Meier, a defense attorney and former prosecutor appointed to help sort through the cases, turned over a list of 690 people on Monday who are currently serving sentences in state prisons and 450 who are in county jails. Samples in all the cases were tested by chemist Annie Dookhan, who state police said failed to follow testing protocols and deliberately mishandled evidence in some cases.

Meier said it is unclear how many of those may have been tainted by Dookhan's actions, but he wanted to deal first with people who are already in prison. He said lawyers in those cases will now have to work out resolutions on a case-by-case basis.

"That is our first priority, people who are presently incarcerated," Meier said. "The merits and any alleged issues in any one of those cases is for prosecutors and defense attorneys and judges to determine."

In a letter sent to defense attorneys earlier this month, Max Stern, the president of the Massachusetts Association of Criminal Defense Lawyers, said he was told during a meeting with state officials that Dookhan was accused of deliberately tampering with evidence, including the weight of drug samples, which can affect the length of sentences given to drug defendants.

State police said Dookhan was involved in testing more than 60,000 drug samples involving about 34,000 defendants during her nine years at the Boston lab. Dookhan resigned in March during an internal investigation by the state Department of Public Health, which ran the lab until state police took over on July 1 as part of a budget directive.

Meier, who was appointed by Gov. Deval Patrick last week, met with a group of district attorneys, defense attorneys and public safety officials on Monday. After the meeting, Meier said he turned over a list of currently incarcerated defendants whose cases were worked on by Dookhan - either as the primary chemist, who performs an initial test on a drug sample, or as the secondary chemist, who performs a confirmatory test.

The list does not include thousands of people who are currently awaiting trial, are on probation, or are serving federal sentences in cases in which Dookhan tested drug samples.

Since the lab was closed last month, judges in Suffolk and Norfolk counties have already begun to hear motions filed by defense attorneys seeking bail reductions for drug defendants awaiting trial in cases handled by Dookhan. Prosecutors have agreed to many of those motions, citing possibly tainted evidence.

Dookhan hasn't been charged, but the state attorney general's office is conducting a criminal investigation.

Dookhan has not responded to repeated requests for comment. Her father, Rasheed Khan, told The Associated Press that she had been "bullied and abused," but he would not say by whom.

"No one has heard her side of the story," Khan said Saturday.