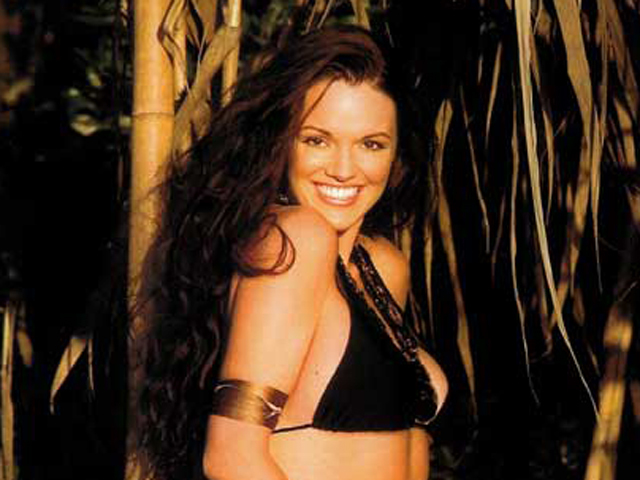 (CBS) COBB COUNTY, Ga. - Anna Benson, the ex-wife of major league baseball player Kris Benson, was indicted Thursday on charges of assault and burglary stemming from a July 7 incident in which she allegedly broke into her estranged husband's Georgia home wielding weapons, the Atlanta Journal-Constitution reports.

According to the paper, her attorney asked for $50,000 bond, along with an ankle monitor and psychological treatment, but the judge delayed the decision on a bond, saying he needed to see additional information before making a decision.

It was reportedly not indicated how soon that decision would be made, but attorneys on both sides agreed to provide the additional information quickly, the paper reports.

Prosecutors say Benson is a threat to others and should be held without bail.

Benson was indicted Thursday for criminal attempt to commit armed robbery, burglary in the first-degree, two counts of aggravated assault and possession of a firearm during commission of a felony, according to the paper.

According to a report by TMZ, Benson was wearing a bulletproof vest and was wielding a handgun and expandable metal baton when she allegedly raided the 38-year-old former baseball player's apartment in Smyrna. According to police reports, she demanded money which Kris Benson said he would get for her. Instead, he left and called police.

Kris Benson pitched for the New York Mets and other major league baseball clubs from 1999-2010. Anna once graced the cover of FHM magazine next to the headline "Baseball's Hottest Wife" and previously starred in VH1's reality show "Baseball Wives." She became famous for threatening to sleep with the entire New York Mets team if Kris ever cheated on her on the show.

She was arrested the night of the incident and has been held without bond at the Cobb County jail since.

Anna Benson's attorney, Rick Christian, argues it was an isolated incident of domestic violence. However, according to a report by the New York Daily News, in 1996, prior to her marriage with Kris Benson, Anna was charged in a murder in Tennessee. That charge was later dropped.

Kris Benson reportedly filed from divorce from Anna Benson in March 2012 and a judge ordered her to vacate the couple's home by June 3. Their divorce has not yet been finalized, according to the paper. The couple has three children together.