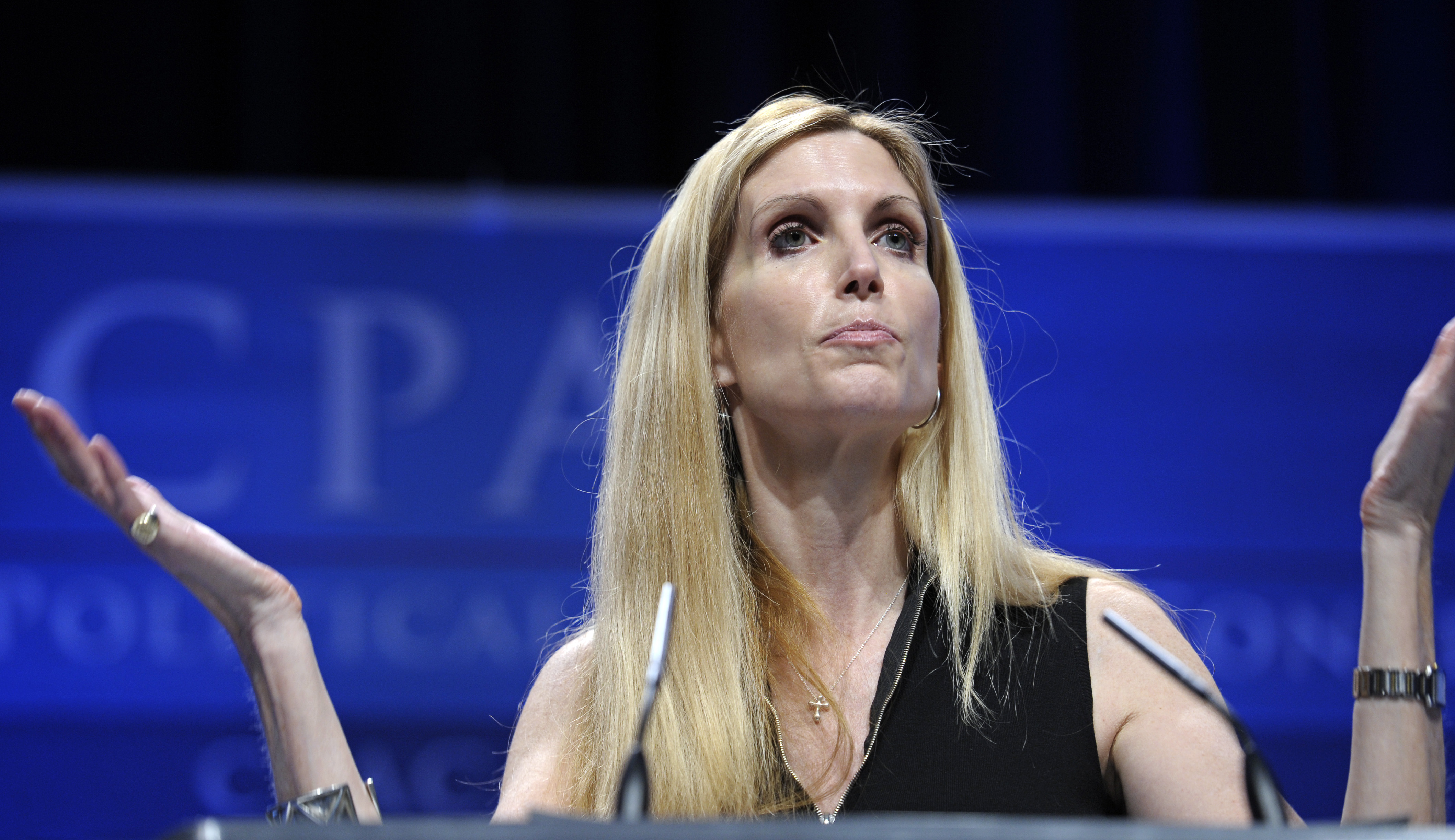 It was called “The Roast of Rob Lowe,” but the Comedy Central special seemed to focus more on conservative author Ann Coulter.

Coulter got skewered by stars ranging from host David Spade to singer Jewel.

Comedian Pete Davidson perhaps had the harshest burns, saying, “Ann Coulter and no black people? What are we roasting? A cross?” and called her a “racist c**t.”

Calling Coulter racist seemed to be the theme of the night. Comedian Nikki Glaser said, “Ann Coulter has written 11 books—12 if you include ‘Mein Kampf.’”

Spade cracked: “She seems stiff and conservative, but Ann gets wild in the sheets. Just ask the Klan. Looks like she’s having a good time -- I haven’t seen you laugh this hard since Trayvon Martin got shot.”

And if you thought Jewel was sweet, the singer-songwriter was actually one of Coulter’s most brutal roasters.

“I do want to say, as a feminist, that I can’t support everything that’s been said tonight,” she said. “But as someone who hates Ann Coulter, I’m delighted.” She also said -- in the most explicit way possible -- that Coulter was a reminder to gay men why they weren’t attracted to women.

Jeff Ross told Chelsea Handler on her Netflix talk show that Coulter did not laugh at all during the taping, but she managed to poke a little fun at herself when she took the stage.

“I want to welcome everybody to the ‘Ann Coulter Roast with Rob Lowe,’” she said. “I’m just so overwhelmed with the love in this room tonight.”

Things took a downward spiral from there, and Coulter made herself even more of a target when she began to hawk her new book, “In Trump We Trust: E Pluribus Awesome!” eliciting boos from the crowd. Coulter only got more jeers when she made jokes about Hillary Clinton.

Later, even Lowe himself teased Coulter.

“Ann, after your set tonight, we’ve all witnessed the first bombing that you can’t blame on a Muslim,” he said.

Coulter later complained to the Hollywood Reporter that it seemed like Comedy Central had an agenda against her, starting with its interview on the red carpet.

“Only Comedy Central’s interviewer went on and on about the KKK, sheets, burning crosses, David Duke and other really cutting-edge, original stuff like that,” she said.

Then she tried to insult the channel by saying, “It probably has something to do with Comedy Central’s corporate decision to move away from comedy -- which is paying huge dividends with the Larry Wilmore and Trevor Noah shows.”

She said she has no idea why she was invited and that she thought it was only a stop on her book tour.