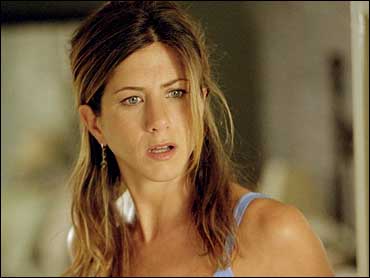 "Friends" star Jennifer Aniston has reached a $550,000 settlement with a man she accused of illegally distributing photographs of her sunbathing topless, her publicist said Thursday.

Aniston, 34, also settled a lawsuit in 2002 against two magazines that published the photos. Details of that settlement were confidential.

The photos appeared in European magazines before being circulated in 1999 in Celebrity Skin and High Society.

The settlement announced Thursday ended a suit accusing Francois Navarre of invasion of privacy, trespass and misappropriation of Aniston's name and likeness, her publicist said in a statement.

Aniston accepted Navarre's contention that he was not the trespasser who scaled the wall of her home to shoot the photos with a high-powered telephoto lens.

Aniston had claimed a photographer — described as a "stalkerazzi" in her lawsuit against the magazines — snapped photos of her "reclining topless in her back yard."

Breaking the boundaries of stained glass

Publicist Stephen Huvane said Navarre apologized for transmitting the photographs to an Italian photo agent, who in turn sold the photos for publication in Italy.