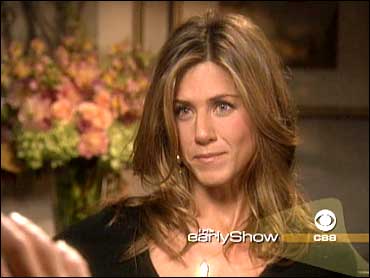 The Sundance Film Festival kicked off this weekend with plenty of star power.

Some of Hollywood's finest are hoping to ride the wave of critical and commercial success that so many of the festival's films have enjoyed in the past.

Jennifer Aniston was there on opening night. She made her Sundance premiere three years ago with "The Good Girl." This year she brings her latest independent project, "Friends With Money."

The Early Show entertainment contributor Jess Cagle filled in co-anchor Harry Smith on all the latest from the festival, where

he says
Aniston's new film is generating a lot of buzz.

Other big stars with films opening at the festival are Bruce Willis and Lucy Liu, appearing in "Lucky Number Slevin," as well as Justin Timberlake, making his movie debut in "Alpha Dog."

A new 11-disc special edition Sundance Film Festival DVD looks back on some of the most ground-breaking films supported by the Sundance Institute over the years. Cagle spoke about some of the movies included in the collection: