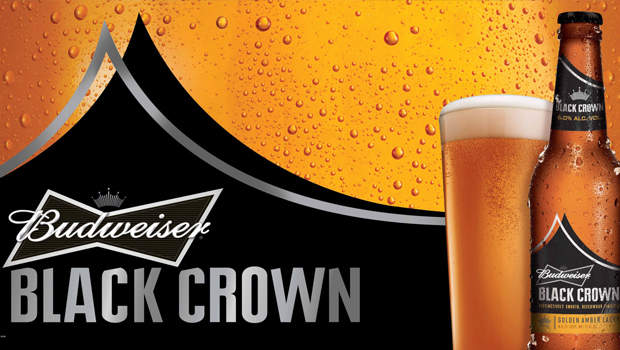 ST. LOUIS Anheuser-Busch InBev (BUD) said Tuesday that is introducing a new specialty beer - an amber lager with a higher alcohol content - and will promote its new brew with a Super Bowl ad.

The maker of Budweiser, Bud Light and other brews will launch Budweiser Black Crown with a 30-second ad on Feb. 3 during Super Bowl 47, though the beer will be available in stores nationwide starting Jan. 21. It will be sold in 12-ounce glass bottles in six- and 12-packs, and in 22-ounce single bottles.

The maker of Budweiser, Bud Light and other brews said Tuesday that Budweiser Black Crown is an amber lager. The first ad promoting it will run on Feb. 3 during Super Bowl 47, though the beer will be available in stores nationwide starting Jan. 21.

The launch comes a year after Anheuser-Busch InBev introduced Bud Light Platinum, another specialty beer, during the 2012 Super Bowl. Like Budweiser Black Crown, Bud Light Platinum has an alcohol content of 6 percent - Budweiser's is 5 percent.

Benj Steinman, editor of Beer Marketer's Insights, said Anheuser-Busch InBev is seeking to compete with the large variety of specialty products now on the market. Though Budweiser outsells its four nearest competitors combined in what is known as the "premium regular beer" market, that market isn't what it used to be.

"Budweiser peaked at 50 million barrels in 1988 - it's only about one-third of that at this point," Steinman said. "There's a constant desire among beer consumers these days for innovation, flavor, variety. That's why cocktails and spirits have gained strength."

Black Crown's recipe resulted from a challenge to Anheuser-Busch InBev's 12 brewmasters -- an effort dubbed "Project 12," the company said. The brewmasters crafted six beers, which customers sampled last year during a testing phase. The winning recipe came from Bryan Sullivan, a brewmaster in Los Angeles, and was the crowd favorite among the more than 25,000 adult drinkers who participated in the project's sampling initiative.

"As brewmasters we spend most of our time in the brewhouse," Sullivan said. "Project 12 gave us a chance to hear firsthand from the people we brew our beers for."

In addition to the 30-second Super Bowl spot, national advertising will include billboards, digital, radio and print, along with social media.

Benj Steinman is editor of Beer Marketer's Insights. He says Anheuser-Busch InBev is trying to compete with the large variety of specialty products now on the market.